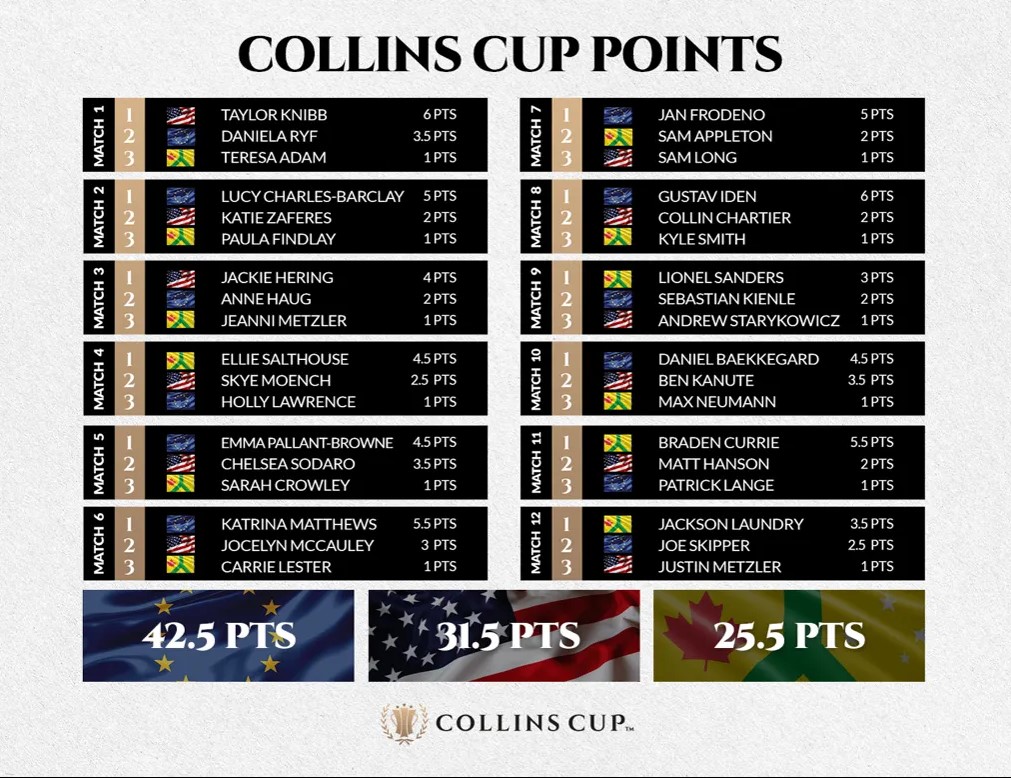 The PTO’s inaugural event, The Collins Cup, served up a thrilling day of racing on Saturday, 28th August in Šamorín, Slovakia. The new race format, modelled after the Ryder Cup, saw teams of International, European and USA athletes pitted against one another and put on display the excitement, rivalry, drama and personalities of the sport of triathlon for the world to see.

The extraordinary x-bionic® sphere proved to be the perfect backdrop for an electrifying race with the 2km swim taking place in the Danube River, an 80km bike on closed roads and an 18km run. With $1.5 million on offer, the largest the sport has ever seen, the racing was fast and furious and broadcast to a global audience in over 100 countries and in over 20 languages.

36 of the world’s top professional triathletes battled it out over the 100km course in 12 individual race matches, each staggered 10 minutes apart, with three athletes going head-to-head, one from Team Europe, Internationals and the USA, to decide which region rules triathlon.

The team rivalry since the match draws were revealed on Wednesday at The Collins Cup Opening ceremony has been electric, the anticipation huge and the race action did not disappoint despite the rain which threatened to dampen proceedings.

Team US started well in Race Match 1 with the young American, Taylor Knibb setting the standard for her teammates to follow with a convincing victory against Europe’s PTO World No. 1Daniela Ryf and Team Internationals’ PTO World No. 2 Teresa Adam. Team US women held their lead until the final two race matches where the European Captain’s proved their astute selections as Emma Pallant-Brown and Kat Mathews catapulted Team Europe into the lead with a big points win. Throughout the men’s race matches, Europe not only held, but increased their lead proving themselves the strongest team and the eventual victors. All 12 race match results are below.

On being crowned Champions, Team Europe Captains, Normann Stadler and Natasha Badmann stated “We are so proud of all our athletes who came together as a team like never before. We are truly honoured to be part of this historic event.”

Presenting the Collins Cup to the winning Team Europe, Scott De Filippis, PTO Athlete Board Member stated, “On behalf of the PTO Board, the PTO Professionals and the triathlon fans around the world who all watched this incredible show, thank you to each and every one of you for making history. We are very grateful to the x-bionic® sphere and Challenge Family for helping us host The Collins Cup and we look forward to continuing to work with our triathlon community to see the sport grow and thrive.”

Race results can be found on https://protriathletes.org/live-stats/collinscup2021

6 Ways to Transition from Runner to Triathlete