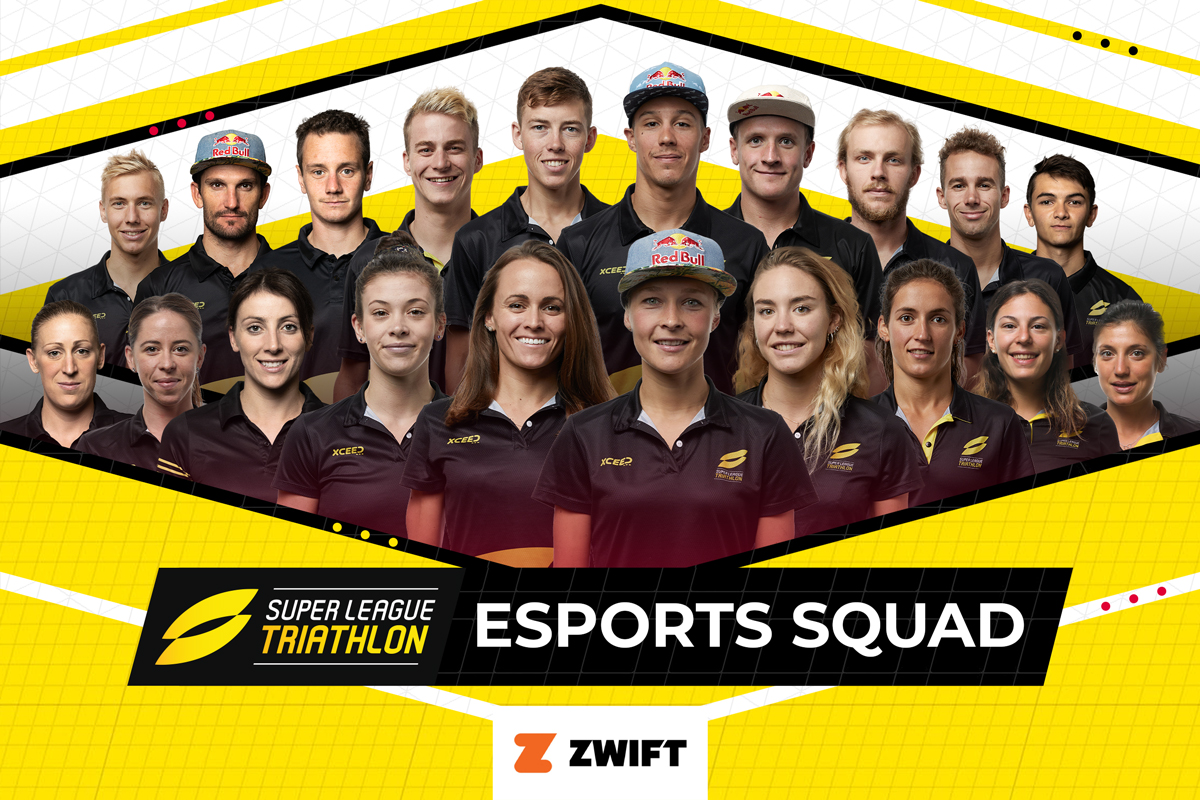 Super League will become the first triathlon brand to enter a squad of its biggest stars into the world of esports with the most illustrious names in the sport set to compete in the Zwift Classic series.

Five of the Super League squad will race in each event, starting with Thursday night’s men’s London International race, which is being broadcast live on Super League’s Facebook page at 7pm BST.

It gives the triathletes a chance to prove once and for all that their prowess on two wheels can put them up amongst cycling’s elite as they take on formidable competition including a roster of Pros.

The Super League squad will take on a host of Pro cycling teams such as SEG Racing, Ribble-Weldtite, Hagens Berman Axeon, NTT, Canyon-dhb, Canyon/SRAM and TWENTY20 via the online training and racing platform Zwift.

Super League CEO, Michael D’hulst, said: “It is going to be incredibly exciting to watch our squad race and for Super League to continue to lead the way in being innovative by having our athletes compete as a team in esports.

“Super League’s squad is a who’s who of top triathletes and we believe that they can prove what we have always believed – that triathletes can bike as well as Pro cyclists.

“We wanted to put this team together in order to raise the profile of triathlon and our athletes during this challenging time and to also show that our sport can bridge into the world of esports.

“I hope triathletes everywhere will be tuning in and cheering them on.”

In addition, Super League Triathlon are offering fans the chance to relive the most thrilling racing of the past few years for FREE over the next eight weekends with SLTReloaded.

It will be a chance to follow the Super League journey from its original test event in Hamilton Island all the way through to the present day with the best triathletes in the world tackling unique race formats with edge of the seat moments throughout.

Racing will be broadcast at 10am BST on Super League’s YouTube and Facebook platforms with day one of the Hamilton Island event on Friday April 10, day two on Saturday April 11 and the day three finale on Sunday April 12. All the races will also be available to watch on demand once they have been shown.

The events will then continue to be broadcast in order each weekend with the women’s racing every Saturday and the men’s on Sunday.