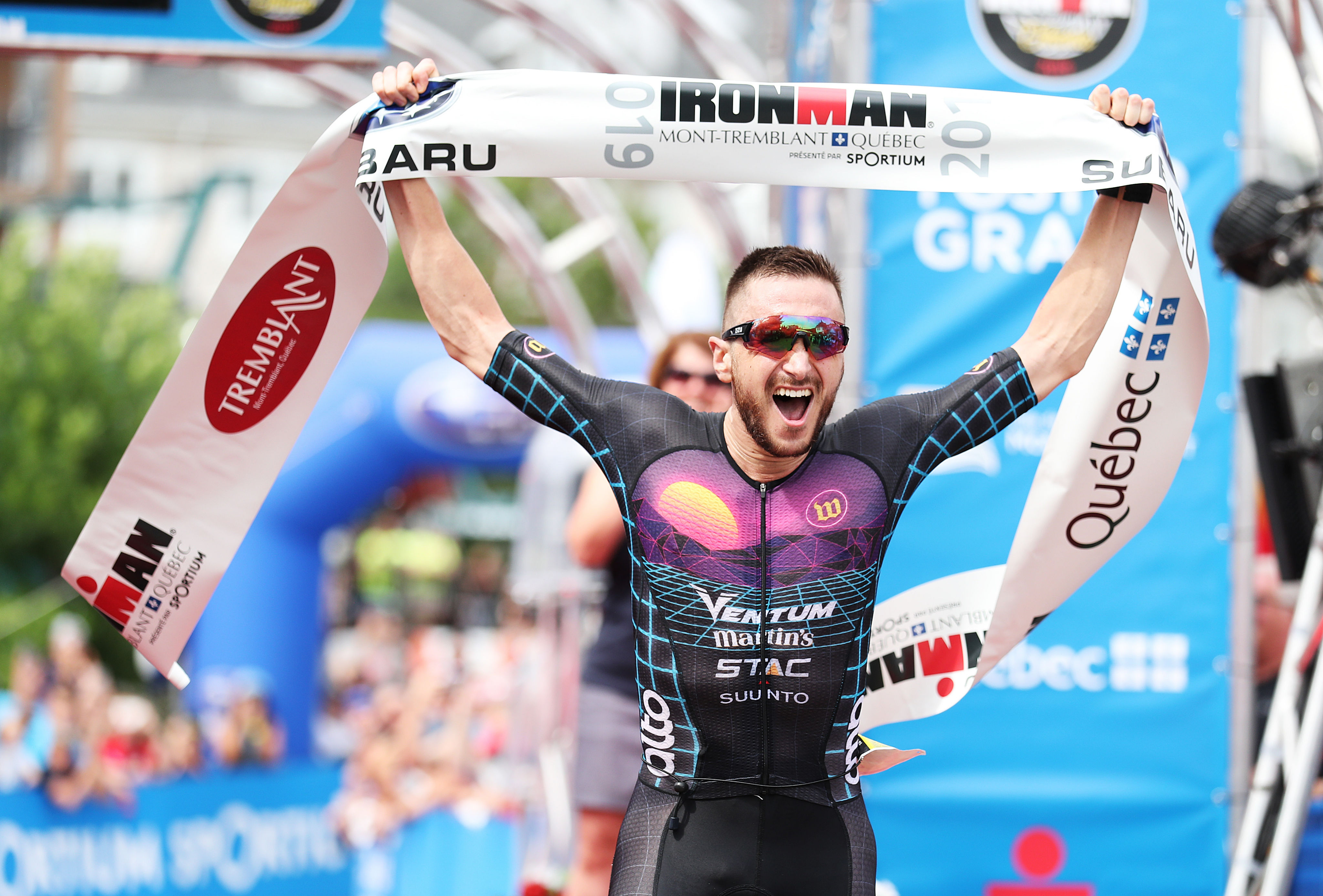 by Ironman media/ image by Al Bello/Getty Images for IRONMAN

For much of the race it was the Lionel Sanders (CAN) and Cody Beal (CAN) show. The pair of Canucks went off the front early on the bike and rode together for the first 120 km’s. Playing to his strength, Sanders hit the gas hard and carried a 5:00 advantage on Beals heading out on the run. Initially, Beals was unable to make any significant  gains in reducing the gap to Sanders and it wasn’t until 25 km’s when Sanders’ advantage took a serous hit. By 32 km’s Beals was in the lead on the strength of his 2:42:28 marathon, successfully defending his 2018 Subaru IRONMAN Mont Tremblant title in course record time while Sanders recorded a “mission accomplished” as he secured a spot at the Vega IRONMAN World Championship in October.

Carrie Lester (AUS) strung together the fastest bike and run splits to take the title by a 16-minute winning margin while setting a course record along the way. The only real drama in the women’s race would be Sarah True’s (USA) third attempt to snag a start in Kona this year after recording two dramatic DNF’s in Australia and Germany. The American was finally able to claim her qualifying spot with a hard-fought and emotional second-place finish in Quebec.

Ironman 70.3 World Championship Pro Start Lists: Stage is Set for the World’s Best to meet in the French Riviera