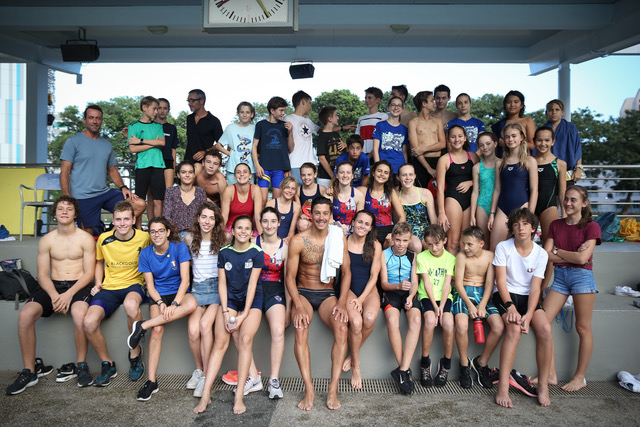 With just 4 days to go, the stage is set for the Super League Triathlon Championship Finale!

The athletes have started arriving in style to the ONE°15 Marina and Sentosa Cove, the breathtaking location which will provide a stunning backdrop to this weekend’s action. On 23-24 February, Singapore will be on full display as the best athletes in the world compete to settle the 2018/19 Series battle for the ultimate Championship trophy worth US$1.5 million.

The stakes are high, emotions are going wild, and the athletes are not backing down now! The Series leaders know that they have to be on top of their game to defend their lead, while the challengers are doing all they can to bridge the gap. This racing is going to be more intense than ever as they fight to make an irremovable mark in triathlon history. Before the action unfolds, the triathletes will be spending the week engaging with the local community, inspiring the next generation, and helping to build a lasting legacy for Singapore.

For starters, the male series leader and the two-time Olympian Vincent Luis along with fourth place female challenger Taylor Spivey visited a local French School, Lycée Français de Singapore, to meet a keen group of triathlon fans. Vincent and Taylor spent the afternoon running an Aquathlon session for the children, giving advice, and some essential tips and tricks on how to succeed.

Amongst the fans were sisters Emma and Louisa Middleditch. Emma had qualified for the most recent Youth Olympics, and Louisa had made the trip over from Edinburgh, where she is studying, especially for the race weekend stating “I wanted to be here as it’s the first time Singapore has recognised this kind of sport.”

It was a touching sight to see the two top athletes taking time out of their schedules to pass on their knowledge and advice to the next generation. Both understand the importance of sport and the power it has to change lives.

Video: How Often Should You Lubricate A Bike Chain?