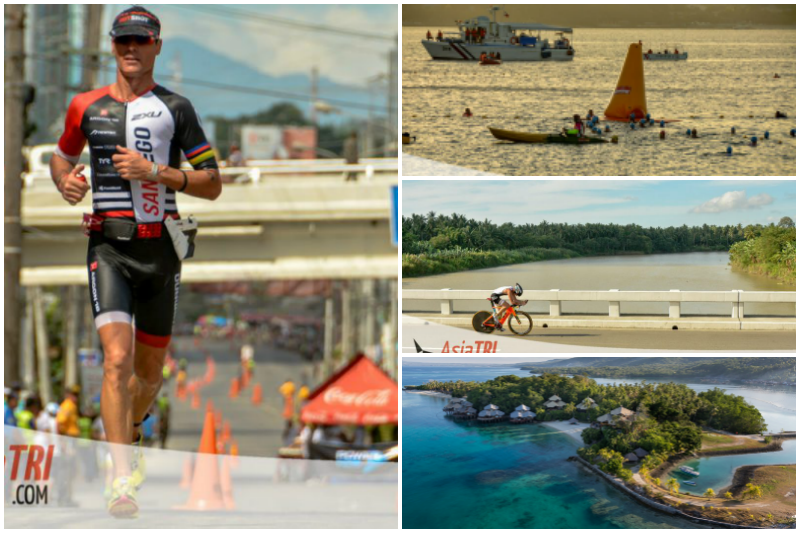 Nearly 1800 athletes participated in the inaugural Ironman 70.3 Davao, representing more than 40 countries.  With this numbers, and the good feedback in social media, the inaugural Ironman 70.3 Davao is a huge success.   This despite the harsh weather condition (hotter than Cebu race).  But triathletes usually turn this into a badge of honor, as a sign of overcoming the extreme conditions.  Sunrise Events pulled no stops once again in managing a world-class international race.

A long-time participant of Ironman races in the Philippines described Ironman 70.3 Davao as the “safest and cleanest” course of all Sunrise events in the Philippines.  This does not reflect only on Sunrise’s expert organization, but also the huge local government support by Davao City.  Important to note that current Philippine President Rodrigo Duterte was a former long-time mayor of the City, and was mainly responsible in making Davao as one of the safest and most-progressive City in the country.

This is the first time that an international triathlon race in the most southern archipelago of the Philippines was held, and an Ironman brand at that.   It means  that Sunrise Events, has strategically placed Ironman’s presence in triathlon-crazy Philippine’s 3 main archipelago:  Ironman Subic Bay (Luzon), Ironman 70.3 Cebu (Visayas) and this in Davao City (Mindanao).

A lot of the participants athletes were using this race as a build up to the summer races such as Ironman Subic Bay and other mid-year international events.  Overall winner Mauricio Mendez of Mexico went 3h50 so it’s a relatively “fast course” by international standards.

Here is what the winners of the 2018 race have to say about the race:

GETTING THERE AND AROUND

There are many options shuttling from airport to hotel and race venue.   The trip from the airport to The organizer has shuttle buses roaming around to hotel partners and towards the race venue, though in limited hours.   Some hotels also have their own shuttle services for the athletes.  Plenty of Taxis though in Davao City so getting around is not a problem.

WHERE TO STAY AND THINGS TO DO

The host venue is Alzuela Cove, a residential and commercial property which is still being developed by the race’s title sponsor Alveo Land.   There are multitude of options for hotel stay near the race venue, and the organizer’s hotel partners are the obvious choice for many.  The hotel partners are Seda, Marco Polo, Park Inn and Waterfront.

Our correspondent stayed at the Park Inn hotel, one of the official race hotels, conveniently located next to a shopping mall with a 15m pool, gym and race day breakfast starting at 2.30am breakfast.

There are plenty of things to do in Davao, especially if you fancy nice beach resorts and nature trips.  Davao is home to the Philippine Eagle Center. Visiting the home of the monkey-eating eagle (Pithecophaga jefferyi) is an amazing experience. It’s quite an adrenaline rush getting up close and personal with this rare, huge bird – one that can be found only in the Philippines. 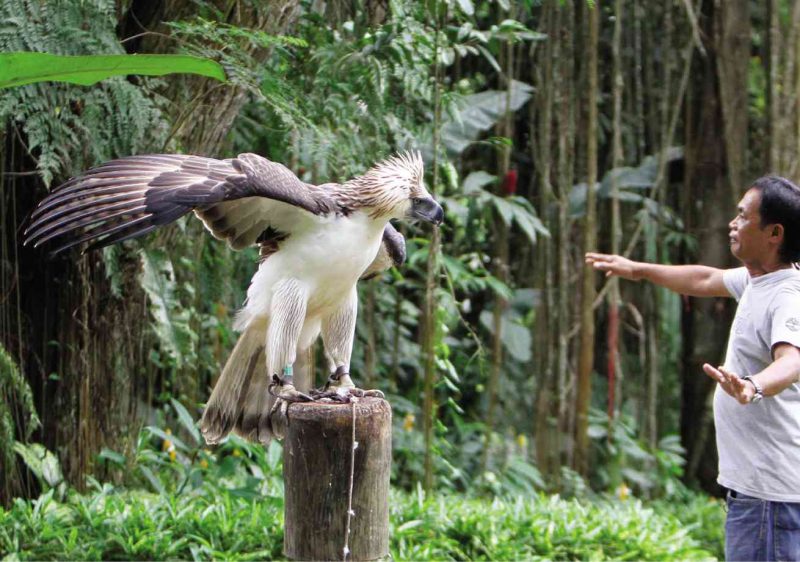 You can also visit Samal island for a nice frolick to its beaches. This island is the perfect spot for a tranquil getaway; one that’s made for beach bums who love to lounge around and not do anything.  It is also the home to Pearl Farm beach resort, one of the most visited resorts in Southern Philippines. 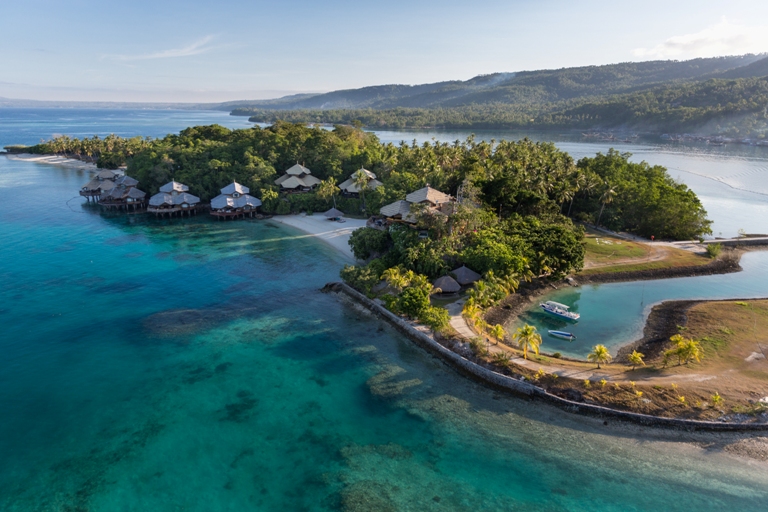 In our interview with the winners of the race, they both mentioned the swim being “easy”, it is in calm and warm waters, the rolling start makes it also a stress-free and safe start for beginners and athletes were also separated by ability. 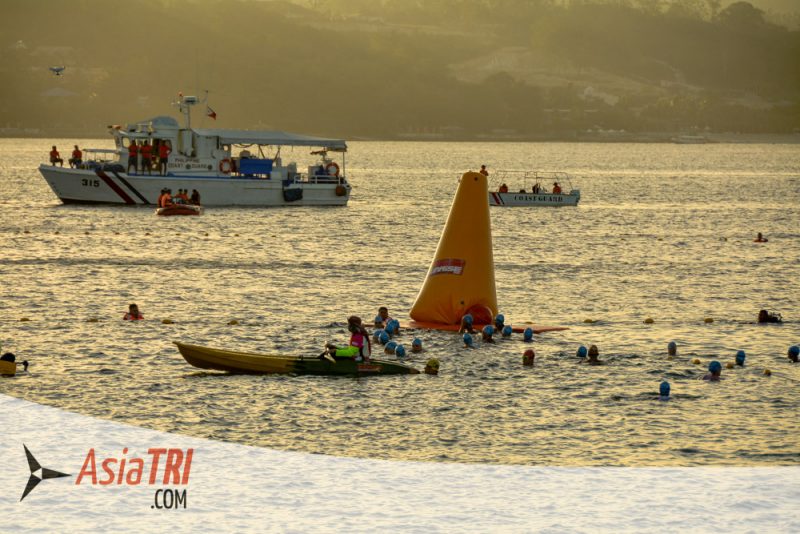 The swim is a one loop, square shape course with easy navigation.

The bike course was very straight forward. The Race venue is just off one of Davao main road, after a quick ride of 500m out of the Azuela Cove complex, athletes then would ride 45km straight to the u-turn and then back. The first two thirds of each 45km leg were in the city and industrial suburbs, which helped to bring the locals to support the race. Then final third of each leg was a lot quieter with a lot more nature as the background 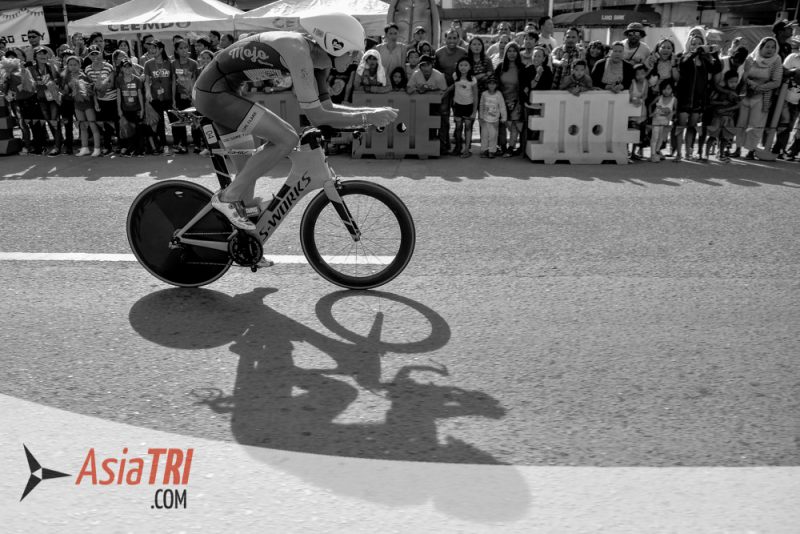 The course was all flat apart from a bridge and some false flat, stronger athletes should be able to ride it all in the biggest chain ring.

There was a very strong head wind on the way out, so if you race by speed be careful as it may be deceiving.  Course was very safe, 100% closed to traffic, the safest in the Philippines with a police man every 50m. Road conditions varied, from very good quality to sections where there were some constructions going so at those the ride was rather bumpy. 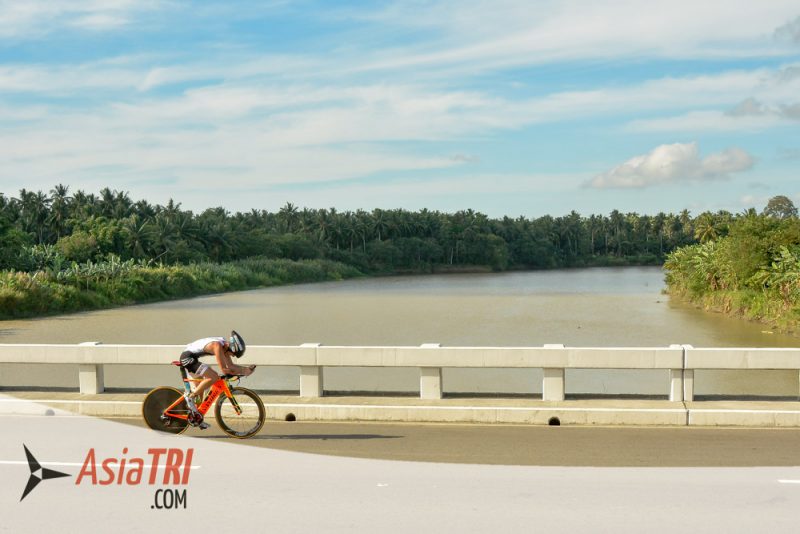 Equipment tip: If you are taking your calories in your water bottles, put them on the frame bottle cage, as several athletes lost their nutrition while carrying it at the back of their seat or on the aerobars when riding on the bumpy segments of the course.

Similar to the bike course, athletes ran for 500 meters out of the Azuela Cove complex, then it was two loops of 10km, as five kilometers out and back. The course was all flat despite one gentle elevation near the furthest u-turn

Just like on the bike course, the crowds were out to support the athletes at every kilometer of the 10k loop and there were also plenty of aid stations.

Just like most races in South East Asia, the slower the athlete is on the swim and bike, the hotter it gets on the run course, be prepared to run in the heat but in days before the race there were some quick light showers, so a cooler day is also possible.

Complete guide (with Video) to Swimming Technique and Training