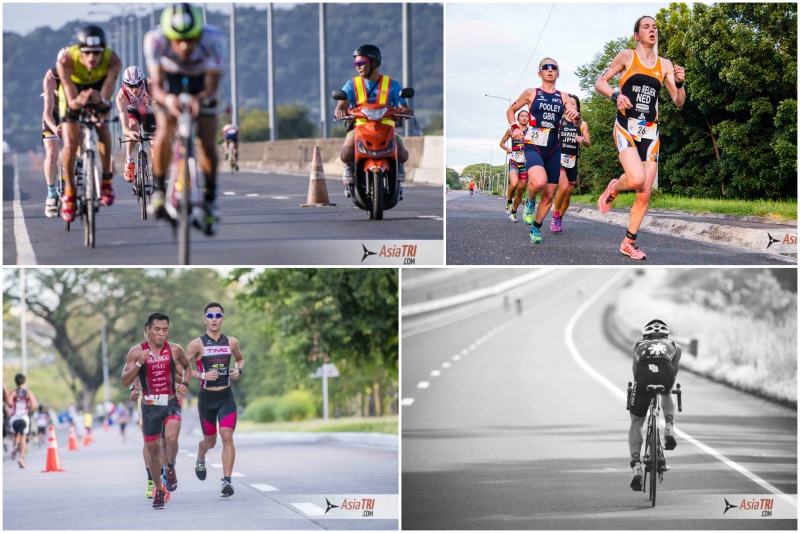 Powerman Philippines moved its race venue from Bataan, Philippines in 2015 to its current race location in Clark Freeport Zone Pampanga.  It maintained its Classic Race format, a 10k run-60k bike and 10k run.

The event attracted several world class professional duathletes, local elites and most of the participants are Filipino athletes.  There were more than 600 participants in the race where it also catered a shorter distance format, as well as the Powerkids race for the kids.

Clark Freeport Zone in Pampanga is located 80kms north of Manila, and is a former US military base (Clark Air Base).  It was the largest overseas military base, and was only closed when the nearby Mount Pinatubo erupted in 1991, which preceded a Senate decision ending the bases agreement.

It is now home to a freeport zone hosting multinational factories, BPO companies (business processing outsourcing) as well as a functioning airport catering to Filipinos staying north of Manila. Getting there & Where to stay

Clark Freeport Zone is located in Angeles City, Pampanga, and you can reach it via Clark International Airport (CRK).  It has flights connected to Singapore, Hong Kong, and Doha.  There are options also in Manila, but you have to travel up North 2-3 hours away, depending on the Manila traffic.  Clark is also near Subic Bay, home of Ironman Subic Bay 70.3 and a host of other Philippine triathlon races.  It is only a 50-minute drive via the Subic-Clark expressway.

Hotel options are no problem as there are a magnitude of  hotels inside the freeport zone.  There are also cheaper alternatives outside the zone, just lining the perimeter fence of Clark.

If you are considering this event as a race-cation, there’s plenty to do in the vicinity of race central.  Clark is also a perfect location for a training camp.  There is a 50m olympic pool (Fontana), a 2.2km rubberized run path in Clark parade grounds and  safer  roads for cycling as traffic is very light and controlled compared to outside the zone.  There is a local bike shop (Cycles and Brew) located just near the jog path, that can cater to your cycling needs as well as serve you coffee, or craft beer if you are aiming for the adventurous one.

World Champion Chrissie Wellington briefly stayed and trained in Clark for a bit when team TBB was based in Subic Bay, Philippines around 2007.

As Pampanga is considered the Philippine culinary capital, there are lots of local food options to go to.   The western influence on food is still there as the area is home to retired US servicemen and other expats.  There is also a Korean Town just within the vicinity of Clark if you still crave for the asian flavor.

If you are with your family, there is water theme park (Fontana), shopping malls and casinos for the adults.

The 10k run -60k bike- 10k run format means the run course will be the same on the first and last run.   The field will start off in the race venue, The Village, a sports center catering mostly to baseball.   The run is a simple out and back course, with first kilometer and half done inside the sports facility. After going out of the venue, and into Clark’s main roads, you will be treated to mostly flat and false flats.  There are some shade, but heat is not a factor in the first run.  Keep in mind though that December is the start of the cooler period in the Philippines, when temperatures would go to low 30s centigrade, compared to low 40s in the hottest summer months. Athletes will be greeted with a long gradual false flat in the inital 3 kms, capped by a 200 meter short low gradient climb.  When you reach Clark’s main highway, it will be fast long false flat descent in approaching the SCTEx (Subic-Slark-Tarlac freeway).  Once you reach the freeway, this is the most difficult part of the bike leg, a 7.5km long false flat low gradient climb on the way to Porac u-turn.  It is advisable to just stay within your power zone, as the crosswinds in an open freeway will also be a factor. Once reaching the u-turn to come back, it is fast and normal to average 65-75kph  on the way out to exit the freeway.  The rest of the way, it is all a mix of long false flat inclines and descents. The time trial bike is the obvious bike of choice as the course is mostly false-flats and fast.  The fastest splits were around 1 hour 26 minutes over 60k or around 42km/hr.  Not necessarily the fastest of courses due to wind and heat which could ultimately affect age-groupers.

Check out the Best Photos of 2016 Powerman Philippines

The Best Images from Ironman Cartagena 70.3