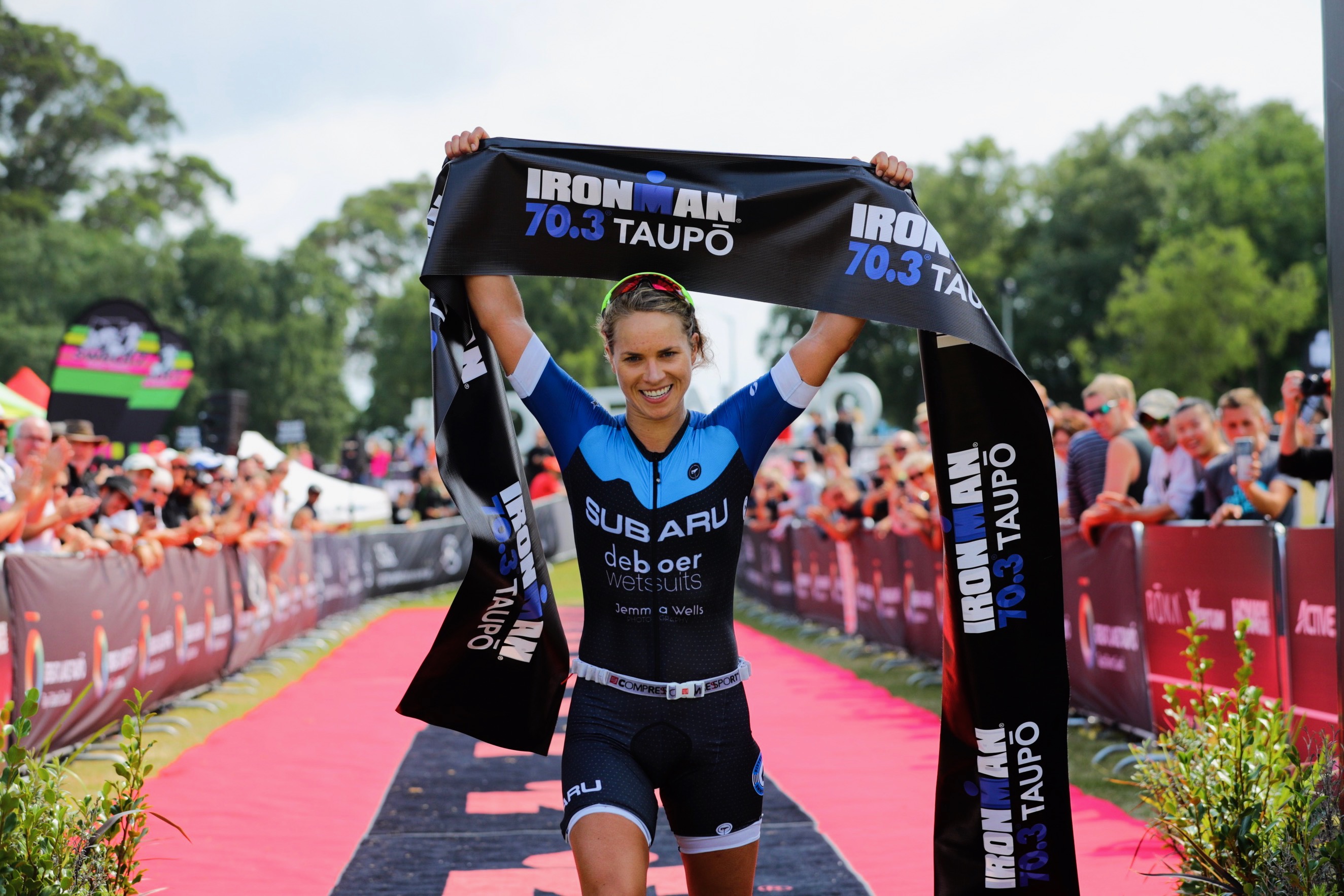 Tauranga-based Wells (29 years old) was fifth out of the swim, but caught the leaders on the bike leg to Reporoa and put in a surge to try to distance herself and the rest of the field.

However, Wells didn’t have it all her own way, with Kiwi Rebecca Clarke matching her push on the bike back to Taupō, while Sheedy-Ryan and Thek never let up the challenge behind her on the run. Clarke eventually finished fourth.

Wells concedes it was a tough day, just two weeks after her win at IRONMAN 70.3 Western Sydney. “I had to work really hard to hit the numbers I wanted and I was literally counting down the kilometres to the end. “The day started badly with calf cramps on the swim, but the bike course was calm heading out to Reporoa and I felt good. I wanted to get a good lead on the bike because I know that Felicity is a handy runner.

“The head wind back to Taupō on the bike was tough and on the run I simply chose to suffer a bit more and do what I had to do. I didn’t feel confident about the win until the last lap – but you can never relax. “The course is beautiful and the extra loop out to Reporoa is a really cool addition.”

“I’m over the moon to get the win and I’m happy to finish the year on a high. There was so much support out there – I even got a bit teary at one point from the cheering. It was great.”

Meanwhile, Sheedy-Ryan (34 years) says she was stoked with second place after struggling to train properly after a “really long season.”

“In all honesty I was a bit nervous coming into it, but I’ve taken away some good positives and I’ve achieved my biggest goal today, which was to get my IRONMAN 70.3 World Championship slot.

“I’m really excited to come back and race in Taupō again next year – it’s a really good course and now I know what to expect.”

Sheedy-Ryan led the pack out of the swim, but knew her bike wouldn’t be her strongest effort today.  “I tried to push the swim to give myself a chance, but Hannah came past on the bike pretty quickly and it was a long and lonely ride for me after that. But I loved it – especially the run course, that was really fun!”

Thek (28 years) was pleased to take third place on her first ever trip to Taupō – and New Zealand. “It was a good race but I had a real sting in my legs after racing IRONMAN 70.3 Western Sydney two weeks ago. That made it pretty tough – and everyone out there was also racing tough.

“But it’s a lovely course and I’m really looking forward to coming back next year for the IRONMAN 70.3 World Championships.”