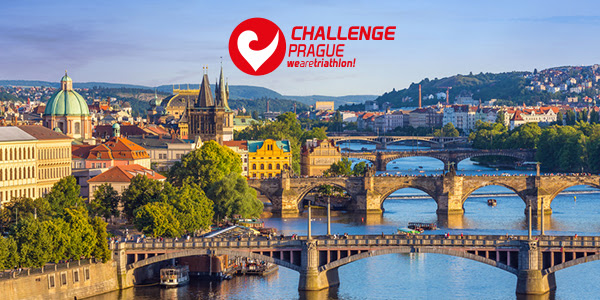 The TRIPrague started in 2015 as the biggest and most spectacular triathlon race in the Czech Republic. For 2017 TRIPrague rewrites its own history as it becomes part of Challenge Family international series of triathlons and changes its name to  of CHALLENGEPRAGUE. The race will be held on the 29th of July 2017.

The historical center of Prague will be full of triathletes from across Europe and the far reaches of the globe. They will enjoy an amazing race site close to the Prague Castle, Charles Bridge, National Theatre or Vyšehrad. Race will be held on the 29th of July 2017.

Zibi Szlufcik, CEO of CHALLENGEFAMILY welcomed TRIPRague into the international series: “We at Challenge Family are extremely proud and happy to welcome Challenge Prague into our series. As one of the most beautiful cities in the World Prague provides athletes with endless athletic and cultural opportunities. The welcoming nature of Czech people is well known and athletes from will have a fantastic race experience. With the active support of the National Triathlon Federation, the city and tourism bodies this race will quickly become a “must do” race.”

Prague Municipality and Central Bohemian Region, the host regions of CHALLENGEPRAGUE, took patronage over the event.

“I am really happy and excited that after two years of effort and hard work our dreams finally came true and TRIPrague will become a be part of Challenge Family series. I would like to thank everyone who participated in it and I wish a good luck to the entire organizing team so the race can be successful and help to start triathlon boom in the Czech Republic.” says president of the Czech Triathlon Association and a member of organizing team Ms. Lenka Kovářová.

As a part of CHALLENGEFAMILY, CHALLENGEPRAGUE enters an entirely new phase. Unlike previous years the course will be modified so that the whole race will be faster but also more attractive and safe. The swim and cycling courses will go through significant changes, while the the run course will be fully closed for traffic.

As in previous years participants can choose from several categories. The event kicks off with CHALLENGEJUNIOR for budding triathletes aged eight to fifteen and culminates with the flagship CHALLENGEPRAGUE half distance race – 1,9 km swim, 90 km bike and 21 km run. For those, who just want to try a short version of triathlon race, CHALLENGETRY-ATHLON with its 0,38 km swim, 18 km bike and 4,2 km run is available.  It is also possible to participate in CHALLENGEPRAGUE and CHALLENGETRY-ATHLON as part of a three-member relay with a team of friends, family members or colleagues, so all levels of participation is encouraged.

Video: How To Ride In A Group | Ridesmart

Over 700 Triathletes to Compete in Tri-United 4 in Clark, Philippines