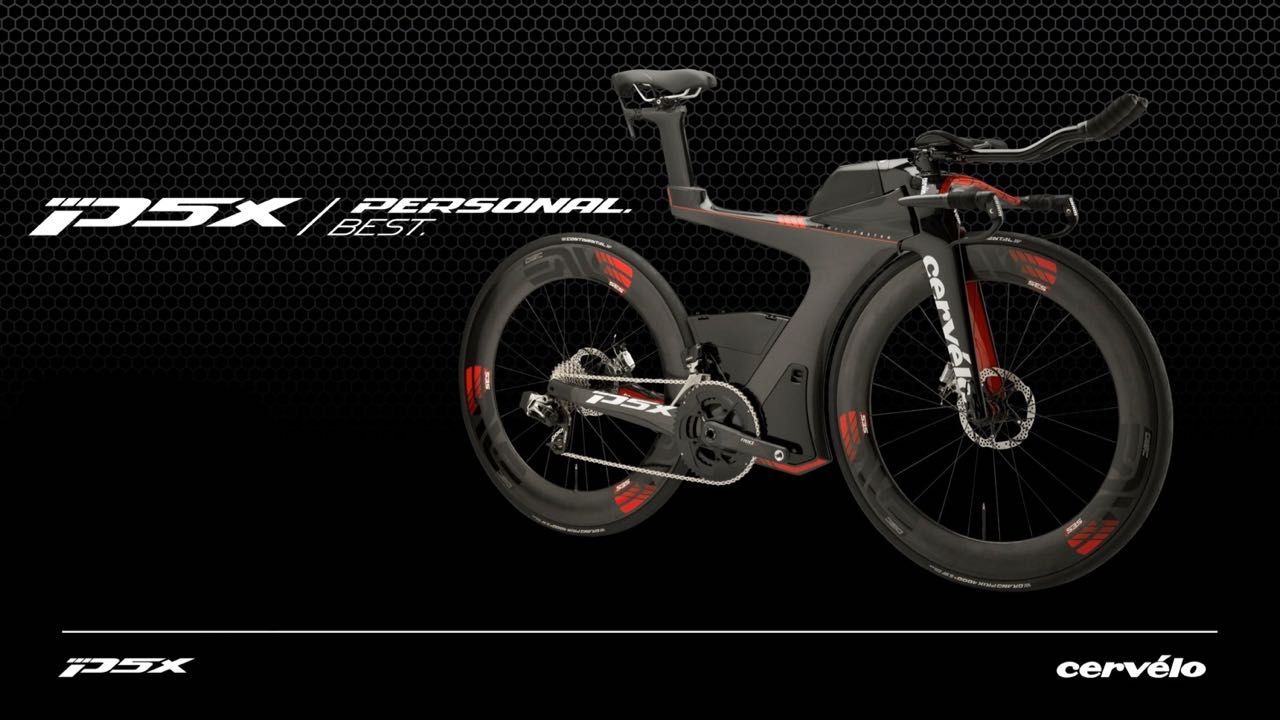 Finally, the stalked and eagerly awaited top of the line bike from Cervelo has been officially released.

Here is what we found out so far:

Blood, sweat, tears. Three years of research, data analysis and development. Cervelo’s engineers have poured that, and more, into creating our personal best: The P5X, the fastest, most technologically advanced triathlon bike ever made.

Out task was simply stated. “Design the ultimate triathlon bike”.

No UCI rules, no requirements to refresh a previous design, no need to conform to a trend. Not limited to a frame and a fork, the complete cutting-edge system could encompass everything from customizable storage to optimal fit to stress-free packing. Plus, it had to be faster than any other superbike on the market. Our benchmark: the Cervelo P5.

Not so fast: This kind of freedom can go from being exciting to very daunting when you realize that the challenge isn’t about coming up with innovative design ideas- we have lots of those – but rather choosing the right ideas to implement.

Despite Cervelo’s extensive experience in triathlon we decided to start from scratch. To come up with data-driven requirements and design opportunities free from personal bias and assumption, we re-examined every point that had become “common knowledge.”

We devoted more than a year to researching race and training environments to understand the problems we are trying to solve. This included taking more than 14,500 photos at seven Ironman and Ironman 70.3 events; interviewing scores of athletes, fitters, coaches and bike dealers; conducting real-life ride tests with prototypes; and collecting on-board data in a range of conditions, from the extreme wind of Kona to the hills of Ironman France. At the end of this exhaustive (and exhausting!) process we had a terabyte size database of real-world information, which we catalogued and analyzed to create a list of goals. Only then could the designing and engineering begin in earnest.

At this point, we know we couldn’t simply select the bike design that performed best in tests measuring weight, stiffness and aerodynamics. For the first time in Cervelo’s history- for the first time in history, period- the unique needs of every triathlete, whether training, racing or travelling, would be front and centre.

A Look Back at the Ironwar: Mark Allen vs Dave Scott

Dimity-Lee Duke Chats about her Return to Kona