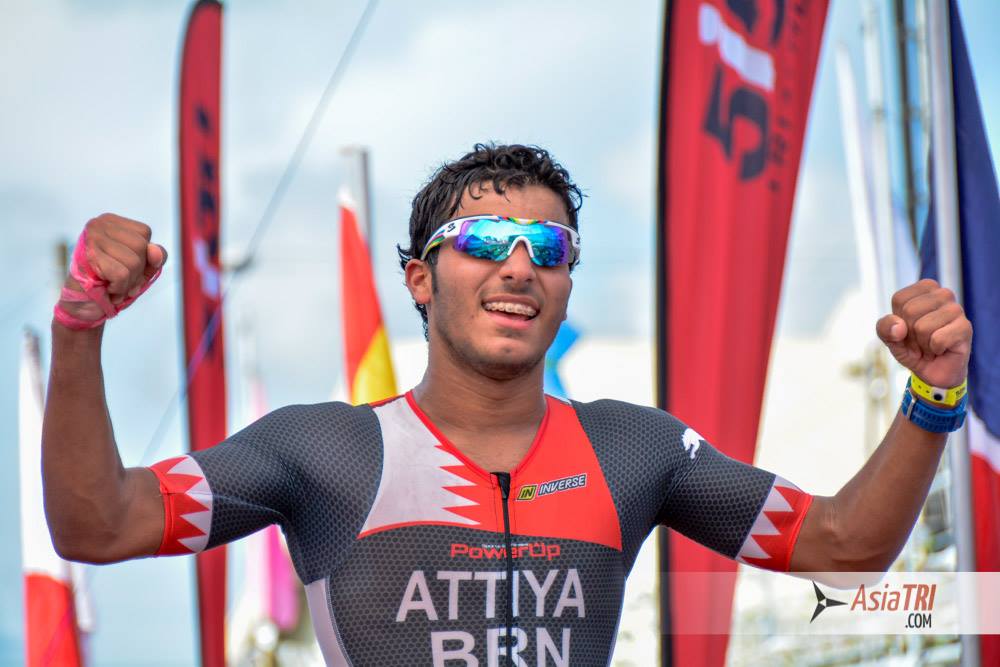 The 18 year old student is the first generation of Bahrainis to enjoy the benefits of the recent investments by HH Shaikh Nasser bin Hamad Al Khalifa, who among several things to boost the health and fitness participation in the country, brought both ironman 70.3 and Challenge events to Bahrain and launched Bahrain Endurance 13, a professional triathlon team with some of the best triathletes in the world, including Jan Frodeno, Daniela Ryf, Javier Gomez and others.

I was an ex-national team swimmer before but to be very honest I never liked swimming and hated every single second of training due to many reasons. Although I used to run 5kms every now and then and one day I did an Aquathlon and surprisingly I won the first prize, so I decided to take the next step and join Triathlon.

What motivated me was some of the negative comments from people saying I wouldn’t be able to do anything, I’m very thankful for them since I used that for an extra push.

Best results for me would definitely be winning the African triathlon union junior arab cup and going sub 2 hours in my first non drafting olympic triathlon.

Short term goals would be TRY to qualify for the Tokyo Olympic games, which can be challening unless i can raise the funding needed. Medium and long term goals would definitely be moving towards the 70.3 distance and just aiming in doing my best there. A typical training week would be starting the day by waking up early morning at 5AM, so I can make it to the pool and be in the water by 6:30AM. Once I’m done with the swim workout I would rest and do any other non training activity until 4pm which is when my second session starts.

I typically, swim every morning and in the afternoons I alternate in between running and cycling. Except fridays and saturdays where I go for long bike rides (the “weekend” in the Middle East happens over these two days).

The triathlon scene in Bahrain is BOOMING since HH Shaikh Nasser started to implement several programs to create more incentive to the sport. I used to train with a squad and under coach Vicent Bèltran, who recently left the national team so now things are a little all over the place and I’ve been training alone.

I always race in the UAE as flights are cheap and its always good fun being there, it also requires less time off school, but when possible I also race overseas, the most recent 5150 Philippines.

I think the sport is getting very popular in the Arab countries for the following reasons:

a) Having the right ambassadors to represent our sport – HH Shaikh Nasser and Professional Triathlete Omar Nour as they do an amazing job in getting everyone active and healthy in the middle east.

b) More local races and kids races as it gives many other people the opportunity to race at a low entry fee and avoid the extra costs of traveling.

Thank you Abdulla and have a great season! Video: How To Train For Long Climbs