Meet Barry Lee, 1st Malaysian at Ironman Langkawi 2015 and an Ironman by age 12 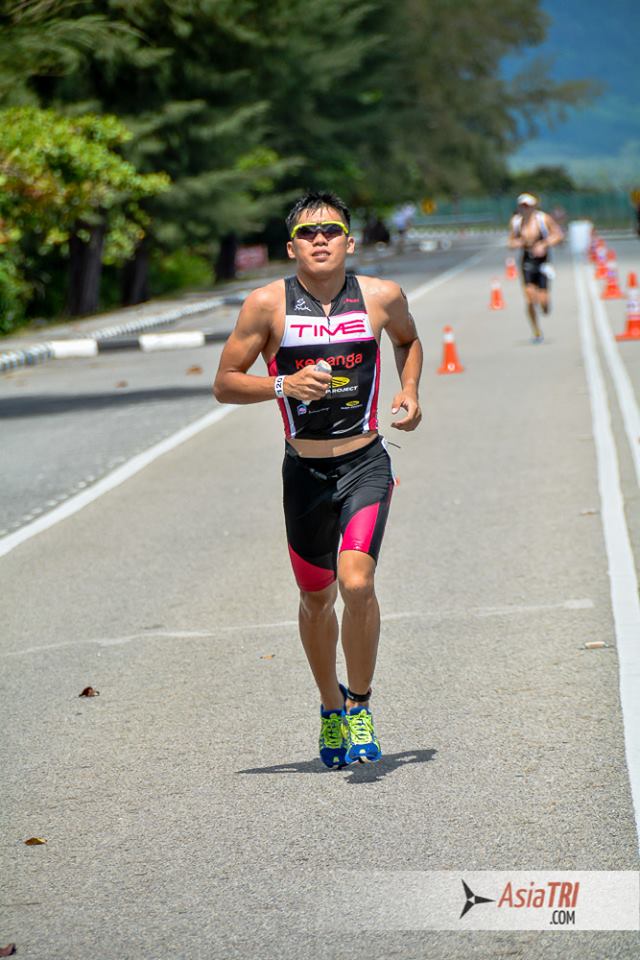 Barry Lee was the first Malaysian national at Ironman Langkawi 2015, the 2nd place on his Age Group (18-24) also earned him a slot to represent Malaysia at the Ironman World Championships in Kona. Barry has a long history in triathlon, he started in the sport at age 8 and by age 12 he completed a self-supported ironman, Barry has also represented Malaysia in several ITU events. Learn more about this inspiring, hard working athlete on the interview below: 1. Can you tell us about your background in sports and triathlon?

I actually started sprint triathlons when I was 8, by age 10 I did an Olympic Distance event which made me the youngest athlete to do an OD in Malaysia, then by 12 I wanted to break the world record for the youngest athlete to complete an ironman, so i did it with the time of 16 hr 54 min 50 sec, all within the cut off time and the attempt was the day before the actual race, since the organizer wouldn’t allow me to participate in the official event, sadly the World Guinness Book of records won’t accept it to avoid seeing other parents pushing their kids to this limit.

2. You were the first Malaysian athlete at Ironman Langkawi 2015, qualifying to the World Championships in Kona 2016 – Were you expecting this results? How did the race go?

Back in 2010 I also qualified for Kona but I didn’t have Sponsors to back me up and I couldnt make it to Kona.  I’m happy that i can finish a little faster than 2010, this year I went 35 seconds faster. But I wont be satisfied because previously I had little injury and did not feel too well in training for the Ironman this year, so that leads to my poor run as I lacked the mileage  in training, that said I’m happy with my swim and bike performance.

3. What are the next goals for you, both short and long term?And what steps in your training and racing are you taking to get you there?

For the short term goals obviously is to do well in Kona 2016, I’m aiming for the podium, this means I really need to plan my training and recovery properly and make sure I stay injury free. Ideally I would love to have a sponsor to support me financially so I can focus more on my training and cut back a little on my work as a swim teacher.

Long term goals, I still want to make it to the SEA games in the next 2 years, aiming for a gold medal then step by step move up through the ranks, trying to win an ITU Asian Cup and the Asian Games. These goals are demanding and once again I would depend on some financial help from a sponsor, as my competition are very strong right now and I would need to focus on training full time to compete against them.

4. Can you describe a typical training week? What takes to perform at the level you do.

For the Ironman, on average per week I was doing around 28-35 hours, roughly around  4-5 hours per day, some days more. For example, I would swim at least 3 km per day and casually go higher and do 7km swims, I would ride at least 40km per day and sometimes up to 250km, on the run anywhere in between 10km up to a full marathon in a day.

5. You are part of Team TIME – How does it works? Who is your coach and how often you train together with your team?

Team Time is a team that helps me both with coaching and sponsors, I really appreciate the help they have given me and most of the traveling expenses to race is covered by the team.  Our coach is Steve Lumley from the UK , he is a national level coach and has worked with ITU superstars  Jodie Stimpson and Non Stamford

I try to train with them at least twice a week, they train together almost every day but often I need to train on my own, since the schedule may conflict with my swim teaching hours or I may prefer to avoid the rush hour traffic in Kuala Lumpur.

Training - Off-season: Race is over, now what?