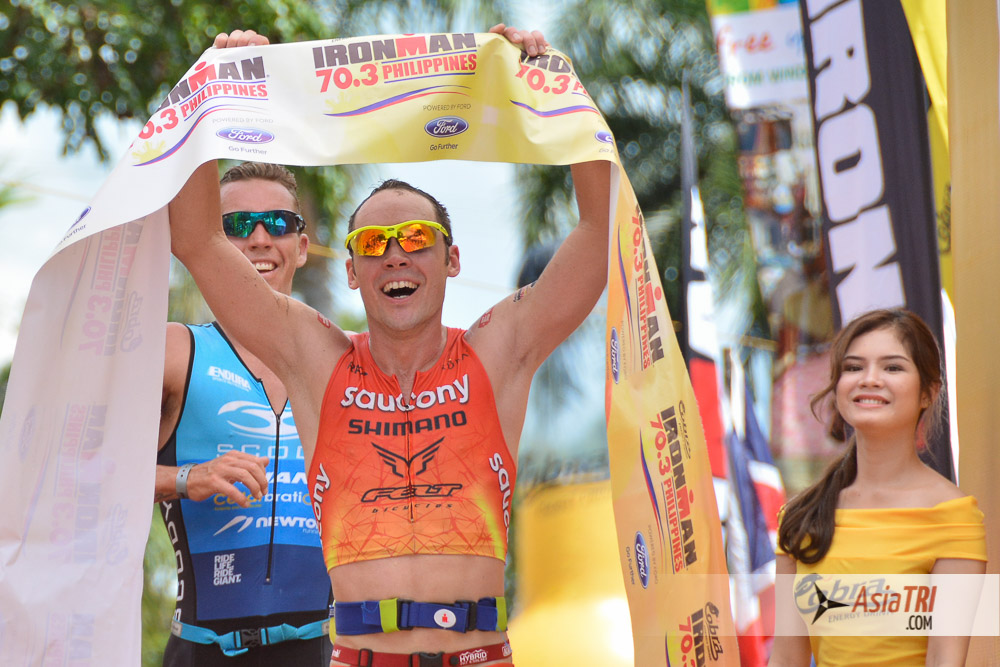 Tim Reed from Australia and Caroline Steffen from Switzerland were the 2015 Champions of Cobra Ironman 70.3 in Cebu, Philippines. The biggest race in Asia had over 2.400 participants and was selected to host the Asia Pacific Ironman 70.3 Championships in 2016.

Australian Clayton Fettel  was the first out of the water in 00:21:47, on his feet it was Sam Betten, the duo had a minute gap to the chase pack that included most of the pre-race favorites, Tim Reed, Tim Van Berkel, Pete jabos, Luke McKenzie, Craig Alexander, Brent McMahon, Mitch Robins and Matt Franklin.

Once on the run, Tim Reed and Tim Van Berkel quickly opened a gap to Brent McMahon from Canada, and the two Australians ran switched the lead and were never more than fifty meters apart, Tim Reed took advantage of his natural speed over Van Berkel and managed to take home the win by a couple seconds. Brent McMahon came in third.

Caroline Steffen was the first out of the water in 00:24:01, she had one minute forty seconds gap to Kathryn Haesner from New Zealand and Belinda Granger from Australia,  another two of the pre-race favorites, Dimity-Lee Duke and Beth Gerdes were four and a half minutes back from the leader.

Steffen held onto her lead on the bike until she had a mechanical, Belinda Granger caught up and they rode together but it wasnt Steffen luckest day and she crashed, back on the bike and still managed to come into transition two minutes ahead of Belinda Granger. It was then a pack of three including Kathryn, Dimity-Lee and Beth Gerdes together five minutes after the leader.

With a comfortably lead, Steffen ran a 01:30:25 which was still the second best run split of the day to cross the finish line in first place, Beth Gerdes had the day’s best run split in 01:29:14 and ran up to second place, Dimity-Lee Duke finished third in