What Kobe Taught Us 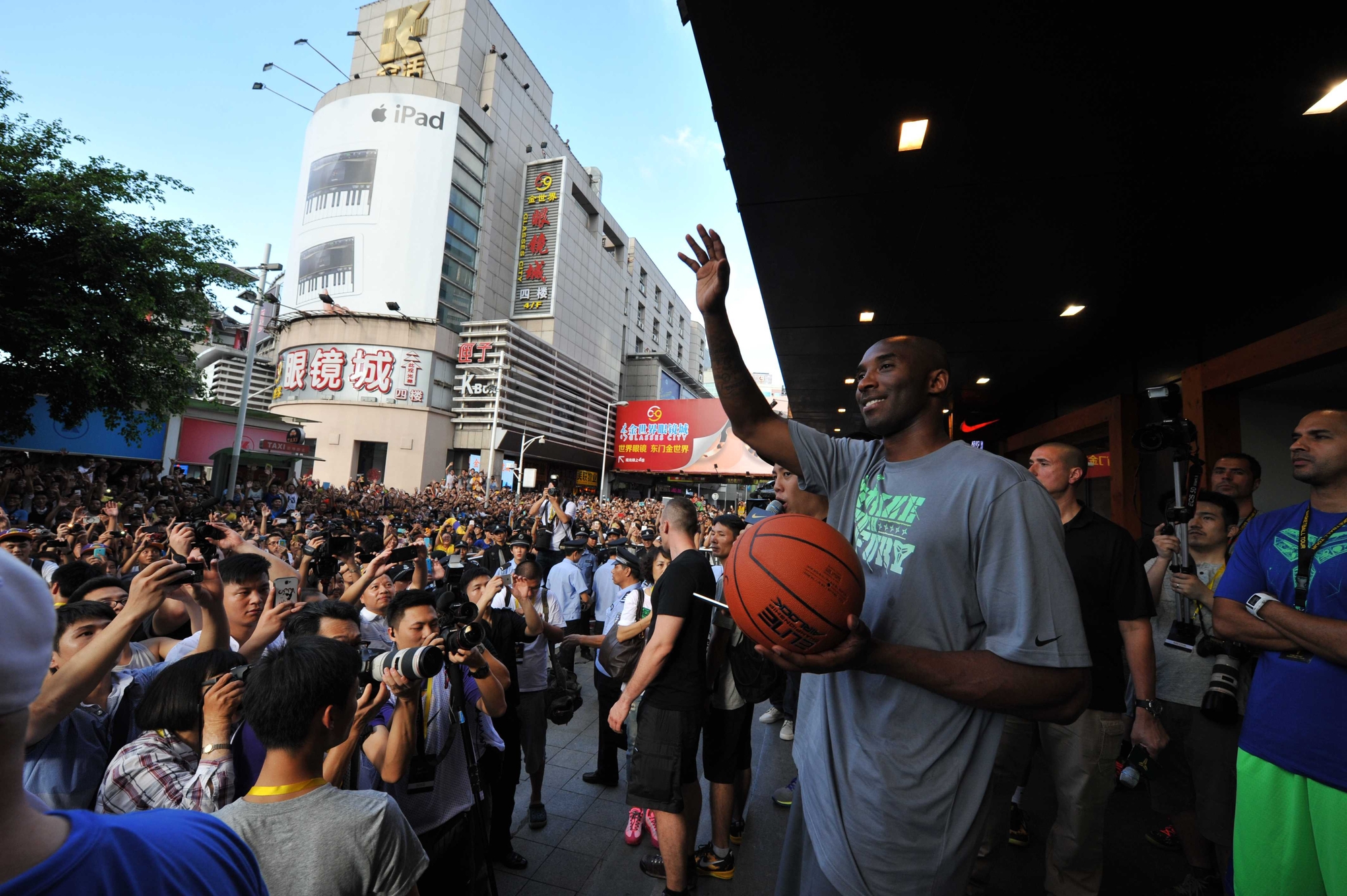 As a young teenager living in basketball-crazy Philippines, I started watching NBA basketball in the late 80s while living near Clark Air Base, then the biggest overseas military base outside of the United States.   I had a glimpse of the NBA’s brand of basketball and was fortunate to watch it live right at our home.

There were no streaming services like NBA League Pass or even dedicated channels like NBA TV.  Even Philippine local channels would only feature a NBA game, one game a week, and it was on replay.   What we had was a UHF antenna my father has installed high above our roof, and the purpose was to get a signal from the American’s FAR EAST NETWORK (FEN) TV channel.  The channel broadcasted live NBA games for their servicemen, and only nationally televised games were shown. And because the Lakers were one of the marquee teams of the 80s, I got to watch them more often than any other team.  That was the beginning of the love affair with the Lakers and the NBA.

The NBA players were playing a different brand of basketball.  As a kid I already followed the local homegrown league, the PBA (Philippine Basketball Association), but the NBA players were faster, taller, more explosive and the style of play was much more entertaining to watch. I was instantly amazed with the world’s greatest basketball league.

It is not a surprise that I became a long-time Los Angeles Lakers (and the NFL’s San Francisco 49ers) because I grew up watching them dominate the 80s.    I was 20 years old right out of college when the Lakers picked up 18 year old Kobe Bryant via a draft trade, and in tandem with Shaquille O’Neal would immediately dominated as they won 3 titles at the turn of the new millennium.

Fast forward to today, January 27 and upon waking up at 4am, I woke up to the sad, tragic news that my basketball hero, Kobe Bryant 41, with his 13-year-old daughter Gianna and along with seven other people had died in a helicopter crash near Los Angeles.

I was in shock, and in disbelief, even hoping that it was a hoax as I turned over to other sites to verify the news.

Kobe Bryant was big.  Kobe played through injuries. Kobe kept on shooting even if it was a bad night. Kobe almost always avoided a block, contorted himself in mid-air and scored that bucket.  Kobe always delivered when it was needed most.

The tragic memory creeping up all day on me was Kobe hugging his daughter Gigi as the chopper went down, protecting his own until the last moment.

This was real.  Mamba is gone too soon.

As I browsed over twitter all day long travelling to Manila for a business meeting, I was a ghost, distraught as I gobbled up the tributes, the devastating reactions, memories and anecdotes reporters, teammates, nba colleagues shared all over social media.

I was switching back and forth, mulling it over again and again if I would feature an article about Kobe on a triathlon website.  Then it dawned on me, triathletes as athletes can relate to Kobe.  Then more importantly, triathletes can learn a thing or two from Kobe on balancing training, family, work and a career.

Kobe had already won 3 titles with Shaquille O’Neal in the early 2000s, and after that duo was disbanded after the 2004 season, Kobe was doggedly slighted how the media branded him as the 2nd best player on that Laker dynasty.   Through the years, he worked on that single goal>>getting LA another title with him as the main man.  He did it twice, winning the 2009 and 2010 NBA titles while being elevated as NBA Finals MVP.

What we get here is the single-minded focus to achieving that goal.  For triathletes, that goal has always been to perform well on their “A” races.

Kobe Bryant was an 18-year-old rookie when he was put to the limelight, getting clutch minutes as the Lakers were trying to stave off playoff elimination against the Utah Jazz.  What happened was every rookie’s nightmare—he pulled up 4 shots that where nowhere near the rim—all airballs in the last 5 minutes as the Lakers lost and eventually the series.  When the Lakers landed back in Los Angeles, Kobe immediately went to the gym and worked on his shot.   He took hundreds and hundreds of them, until he got it right.

There will be training days or races before your goal race that will be mediocre.  Move on from it but figure out what went wrong.  There are a lot of factors that can contribute to an unpleasant training day or a bad race result.  Adjust accordingly on the training plan and stay back in line on that goal.

The stories of Kobe’s legendary workouts and work ethic were already news way back, even when social media was not even around the early 2000s.  When he received an award, he had this message to his fellow athletes:

Kobe had the talent.  He was a natural shot creator.  He was not a pure shooter but he was a scorer.  Pull-up jumpers, fade-away Js.  Up and unders. Floaters. Name them all and he got that shot in his bag.  Think he got the skill by talent alone?

Kobe and Shaq bickered because Shaq would show up on training camp out of shape.  It disgusted Kobe that Shaq, with his dominating size and nimble feet—was nowhere near him when it comes to training.  It kills him that if Shaq had put on more hours in the gym, they could have won more.

If you want to ace your goal race, there are things you have to give up.  Top age groupers in the sport knows this.  Limited socials, less tube time and more focus on managing your schedule.

In the off-season, Kobe worked on his game and more when he was aging.  When explosiveness and acceleration left him as he aged and could no longer blow by past the defender as easily, he worked on mastering the angles and his timing.

Triathlon is a complex sport.   Weakness in one sport can affect the other sports.  The trick is to work on the limiting sport without abandoning the gains you already achieved in the other two sports.

Find out what holds you back, and why it holds you back.   With the help of a coach, you can work on it during the off-season, or even early on your training plan.   Rest assured, with the right approach you stand to improve on that weakness.

Kobe was not putting hours and hours mindlessly just to put in the time for work.  There was a singular goal to every effort.  He would watch film and study the tendencies defenders do when a match-up is on hand.  Being a many times all-nba defender himself, he would also mindful of the offensive tendencies of his match ups.  He studied, learned and gobbled up the information.

In triathlon, there would be participants who would go step into the start line and have no clue what the race route is.   Level up with your preparation.   You’ve done the hard work on training, then you got lost or missed some loops just because you missed homework on the information subject.

Read the maps.  Attend the race briefing. Anticipate for weather changes.  Master the hydration spots and plan your nutrition around the placements.  If you are gunning for the podium spot, know who is on the field.  I know this is a much-used cliché but an informed athlete is always the better and faster triathlete.

In terms of competitiveness, Kobe was right up there among the greatest.  He never ducked away from competition.   We were reminded time and time again that his will was his greatest strength. Ultimately, Kobe believed the universe can bend to his will.   He has that mental strength because of the enormous confidence he had gained doing all he can to master his craft.

There will be days when fear creeps in ahead of a difficult training block and those with a frail mindset will just sleep it in.

With challenging bouts of training, and when ticked off, it boosts psychological strength.   It will be handy when it comes to race day.   Your mind will tell you; “I have done this before, I can do this.”

For all the accolades, the lore and accomplishments Kobe gained, he was not perfect. Far from it.  There was the rape case.  The fine from the NBA for the gay slur.

Kobe built his reputation as being the fiercest competitor in the NBA and created the Mamba personality to strike fear to his opponents.  By the time he retired, he gradually opened up as a person.  Kobe shared his knowledge of the game to other players.  He acknowledged his mistake with the gay slur, and started working with LGBT communities.   When his daughter Gigi was enamored with playing basketball, he became a huge advocate for woman’s basketball.  A little over a month ago, Bryant was seen on social media comforting drivers after witnessing a car accident.

Kobe Bryant’s legacy is a complicated one, but one thing that you cannot complicate is the fact that he tried to change.  He became a better husband, a better father and was much loved than ever before.

Kobe Bryant was learning from his mistakes.   He may have trademarked #MambaPersonality but he was enjoying his second act, and the ultimate goal of being a better human being.