9 Most Insane Triathlons in the World -1 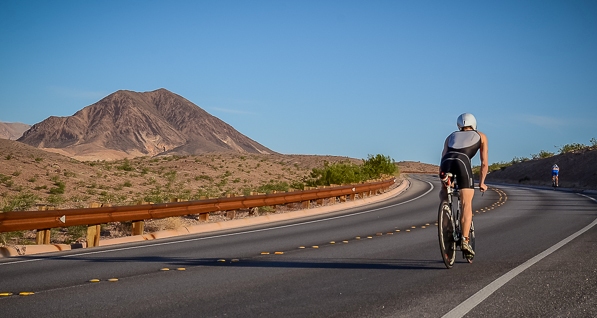 Some time ago, we published an article about the Norseman Xtreme triathlon, considered to be one of the toughest triathlons in the world. More recently, athlete James Lawrence has impressed everyone with his attempt, still in progress, of doing 50 Ironmans in 50 days and in 50 different US states.

Thinking these great challenges, we have created a list of nine of the most premier, exotic and challenging triathlons in the world. These are amazing events, courses that challenge the physical and psychological ability of any athlete, in beautiful places while harsh in some cases.

These are worth checking out as they are the most impressive in the greatness of our sport. Every item on the list is an even bigger surprise, more beautiful and more difficult. The question that remains after knowing each event is: How far are the limits of human beings?

If you are looking for a half distance triathlon, this is one of the toughest. Since this race was established, hundreds of athletes were forced to give up because of the difficulty provided by the conditions and the course and so it is recognized as the hardest route in North America. So difficult, perhaps being the reason this became for a few years Ironman World Championship 70.3 location. Although no longer the Worlds, the race remains, and reputation remains as one of the toughest Ironman 70.3 races in the entire circuit.

See also:  Training article: KABOOM - Blowing up on the ride

The SavageMan 70.3 is a half-distance triathlon belonging to the SavageMan Triathlon Festival brand and is regarded as a legendary challenge due to some very particular characteristics: 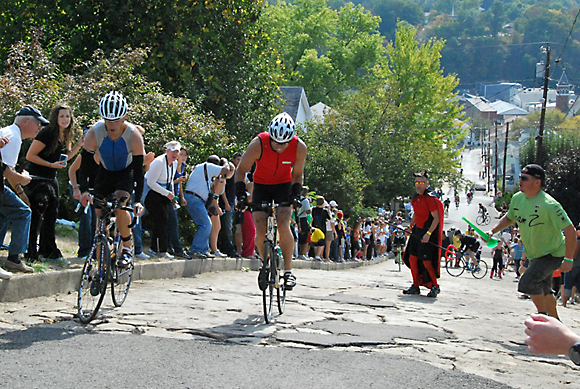 – The Westernport Wall is a unique experience in terms of increases in a triathlon with a gradient of up to 31%, cobblestone floor and vibrating fans on both sides throughout this stretch.

– As you fight to conquer this “wall”, many get off and actually only a minority manage to use all effort pedaling uphill, so much so that those who managed to climb without their feet touching the ground have their names painted on the floor of this dreaded climb.

– In addition to the Westerport Wall, athletes face the Big Savage Mountain, a mountain over 11.5km long, with a gradient of up to 20% and a rise of elevation gain of 1950m. No doubt it is the triathlon with the highest mountain in the world, since it is rare that to see such increases in triathlon. The record for the fastest ascent of the mountain is of 31’30 “(21.7km / h average) which clearly shows that it is not easy. The average time spent by the athletes to climb this mountain is 40 ‘, which would give an average speed of  17.1km / h.

The Norseman Xtreme Triathlon is a very different race than many are used to.  This is a full distance triathlon, where athletes drop out of a large ship and swim the 3.8 km towards the shore in icy waters. The cycling of 180km a 1,200m elevation gain is seen in just the first 40km. In the final stretch of the 42km race, you still need to face the escalation of Gaustatoppen Mountain, reaching an altitude of 1880m. 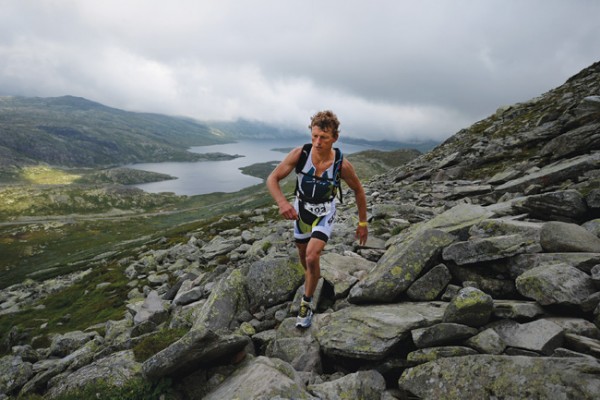 Because of the fatigue and dangers offered by climate change, a constant in the region, each athlete has to have its own support team, as the event is not supported during the race, so athletes must be self-sufficient. To climb the mountain, each athlete must carry a backpack with first aid kit, extra food and clothing.

In order to reach the finish of Norseman mountain, competitors must have a minimum time to allow them to be able to reach the top, otherwise they do not reach the top and receive a different finisher shirt than those who managed to go to the top.

In the next post, we will continue with our in “9 Most Insane Triathlons in the World,” stay tuned.