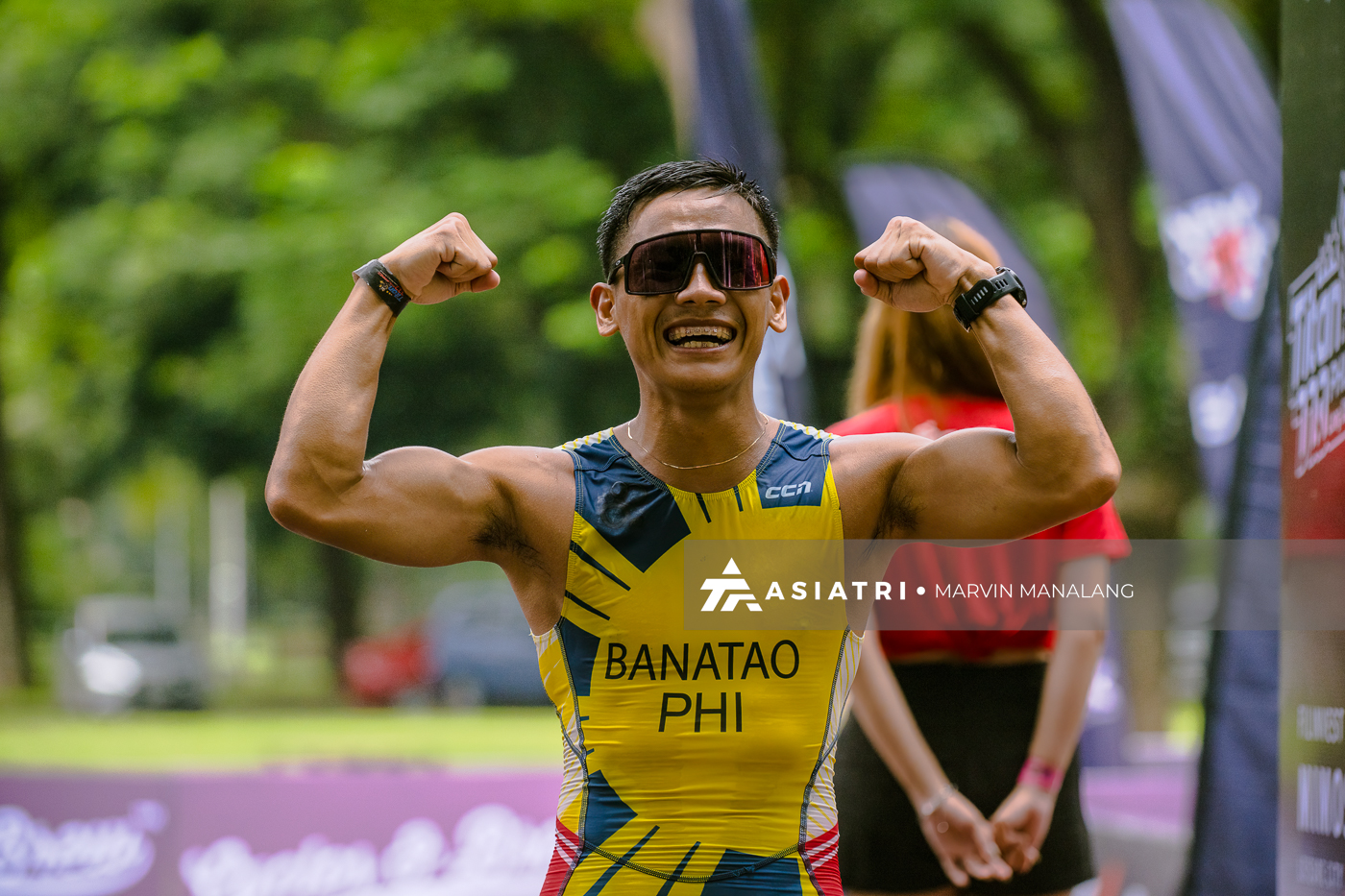 CLARK, Sept.11- With near perfect conditions at Clark, the inaugural Titan 77.7 Philippines saw more than 400 athletes participate in what could be the most challenging duathlon event in the country.   National-level duathlete Jarwyn Banatao and elite age grouper Rhia Stawicki were the first-ever champions of the Titan 77.7 category, a 4km run-100km bike-21km run duathlon sufferfest. 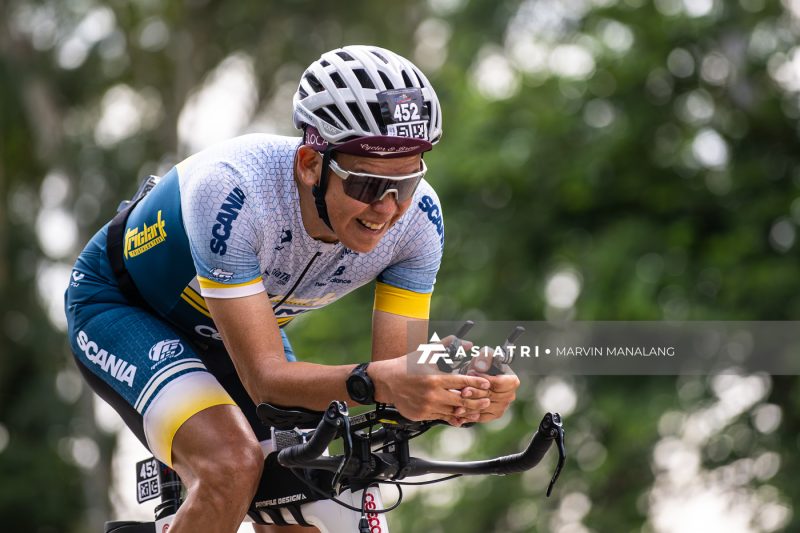 “It was a challenging but fair course, and everybody who toughened out the 77.7 distance will feel a huge accomplishment in finishing it”, said Race Director Jumbo Tayag, who also raced the event as preparation for his full distance triathlon race in October.  “There are no long distance duathlon races here in the Philippines, and this event gives duathletes a chance to snag away a huge athletic accomplishment.   Now being called a “You are a TITAN” is cool and awesome.” 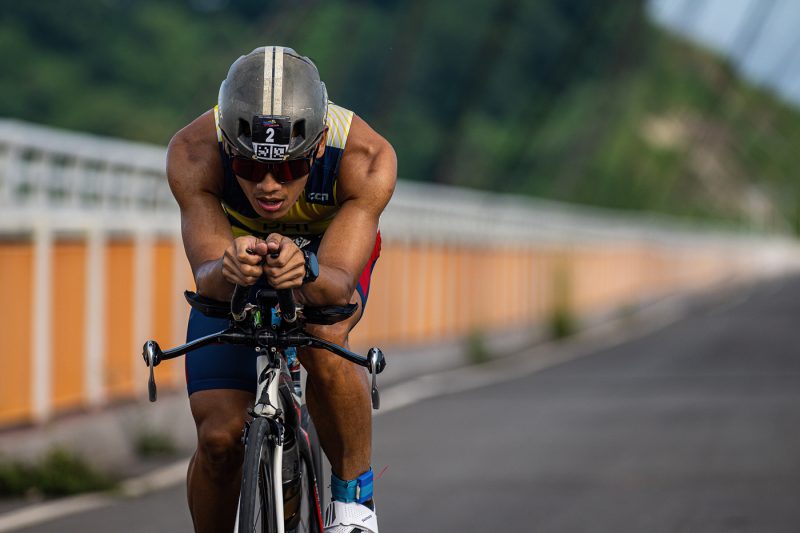 The bike course featured a 25km bike course around the back end cycling network of Clark.  It features the sctex access road, airport road, the new Sacobia bridge before proceeding to the dreaded Pader.  Overall, the 700m elevation gain proved to be a challenge as a precursor to the last run of 21km.

“The weather cooperated on race day.  The day before, rain was present, which kind of halted our set-up and preparations.  But on Sunday, it was overcast, which made for a cooler bike leg.   The run course around parade grounds was tree-lined, so the canopy from the Acacia trees provided shade all throughout the course.   We made it 3 loops, so every time the Titan 77.7 athlete passes by to do another lap, they are greeted by a throng of cheers from friends, supports and spectators.  We are definitely bringing it back next year,” added Jumbo Tayag. 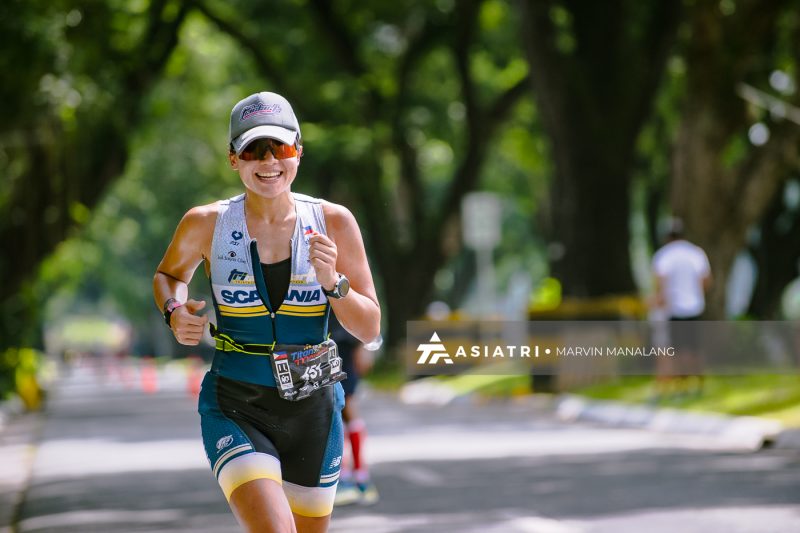 Rhia Stawicki, a dentist and  working mom of twin girls, summed up her experience on her first long distance duathlon race, “This is the farthest I have ever raced for an event, and being a new multisport athlete (she just started doing multisport training 17 months ago), it is definitely a shock to the system.  I was cramping up on the last run as I lost a gel in the bike leg, and fortunately I shuffled my way to shake it off.   The conditions were really good, but plainly, the 77.7 distance, no matter how you prepared for it, will always be brutal.  That’s why Im proud to be called a Titan by race announcer Chiqui Reyes.  It was such a sweet feeling.”

“We envisioned Titan to be the most challenging duathlon event in the Philippines, that is why we created this race brand.   Clark and duathlons go together.  If Subic Bay is the triathlon capital of the Philippines, Clark can claim it as the duathlon capital in the country.  I joined the first duathlon events here in Clark around 2005, and seventeen years later, we are still racing here, just longer, better and bigger.  I can’t wait to race direct Titan 77.7 2023 and welcome the new Titans in September next year,” said Jumbo. 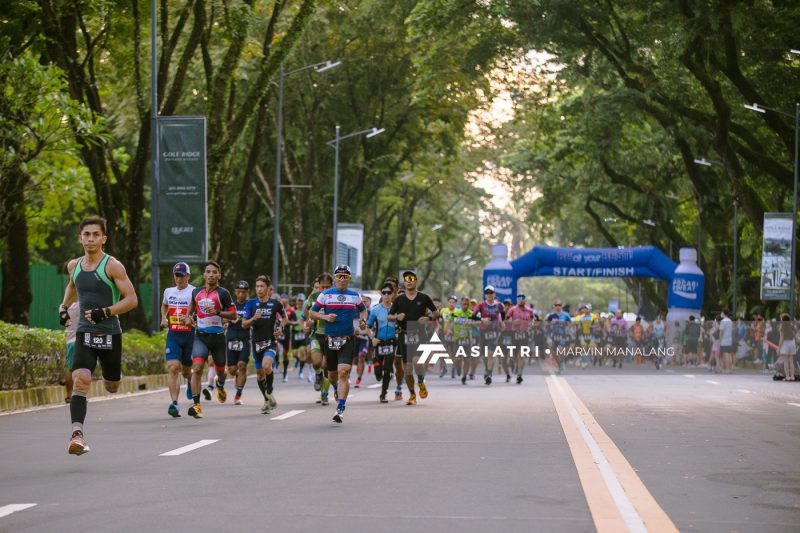 Aside from the Titan 77.7 long distance category, the event also catered to beginner and intermediate athletes by having the Titan Jr. Sprint category of 4km run-25km bike and 4km run.   The event was held inside the Acacia Park of Filinvest-Mimosa+.