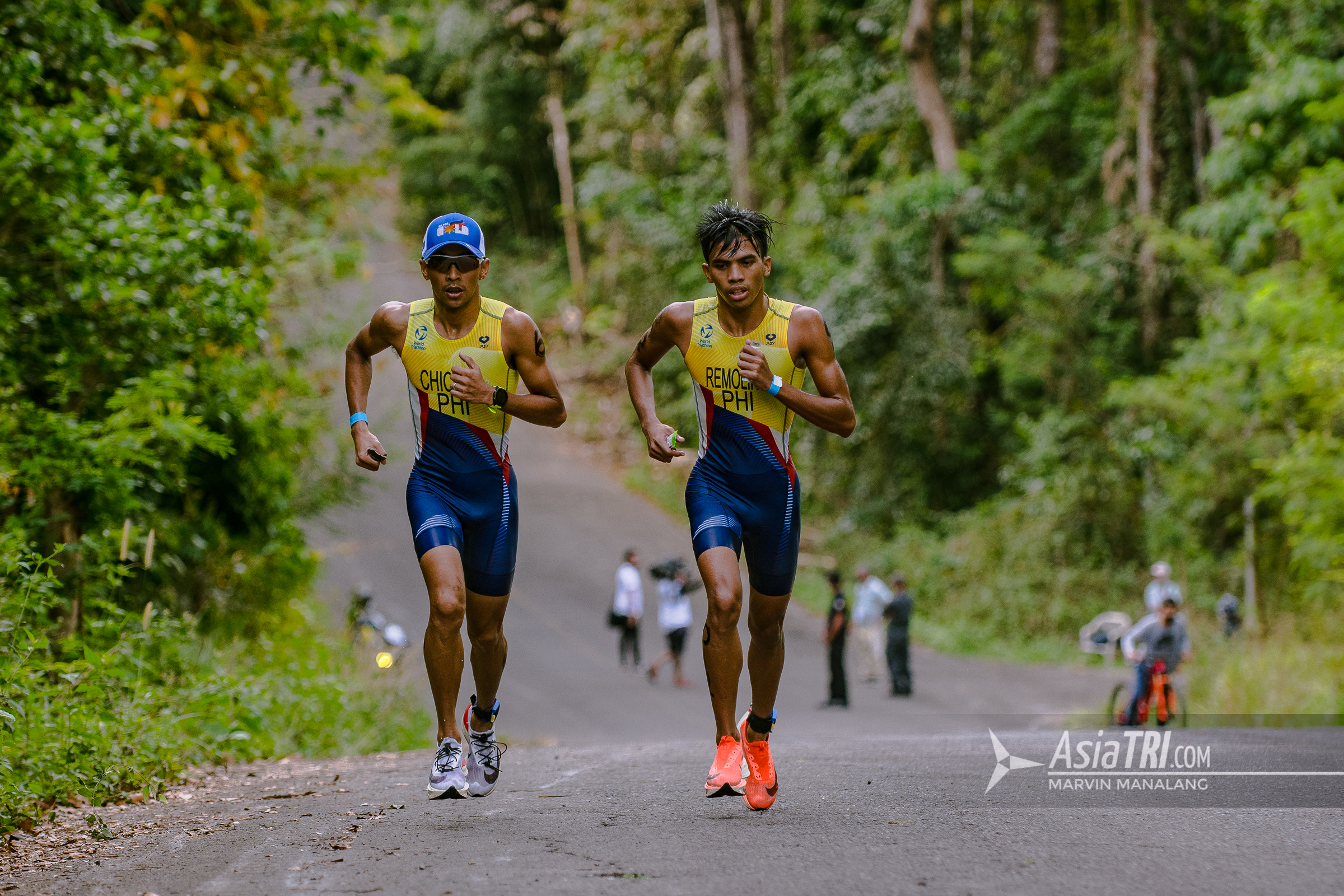 In one of the hardest National Age Group Triathlon races in Subic, reigning SEA Games gold medalist John Chicano and Raven Faith Alcoseba grab wins in the elite race, winning in 2:04:58 and 2:23:19 respectively.

Around 250 participants joined the first triathlon race in the country since the pandemic stopped all multisport races last March 2020.   The year’s inaugural race in the Philippines was held in Adventure Beach in Subic Bay, Philippines.

Chicano used the strength of his race-best 1:05:07 bike split, to set-up a duel with reigning SEA games silver medalist Kim Remolino.   Chicano had fallen behind a minute over the swim leaders, but immediately went to work in the hilly bike course.   Chicano was able to break away from Remolino in one of the run’s downhill portion, earning himself an early season win.   Chicano’s winning margin was 46 seconds.

Alcoseba, out of Talisay City, Cebu took advantage of her lead in the swim and bike legs to put a daunting buffer over the rest of the women’s elite field.  She was first out of the water in 22:13, and also raced the women’s best bike split of 1:15:27.