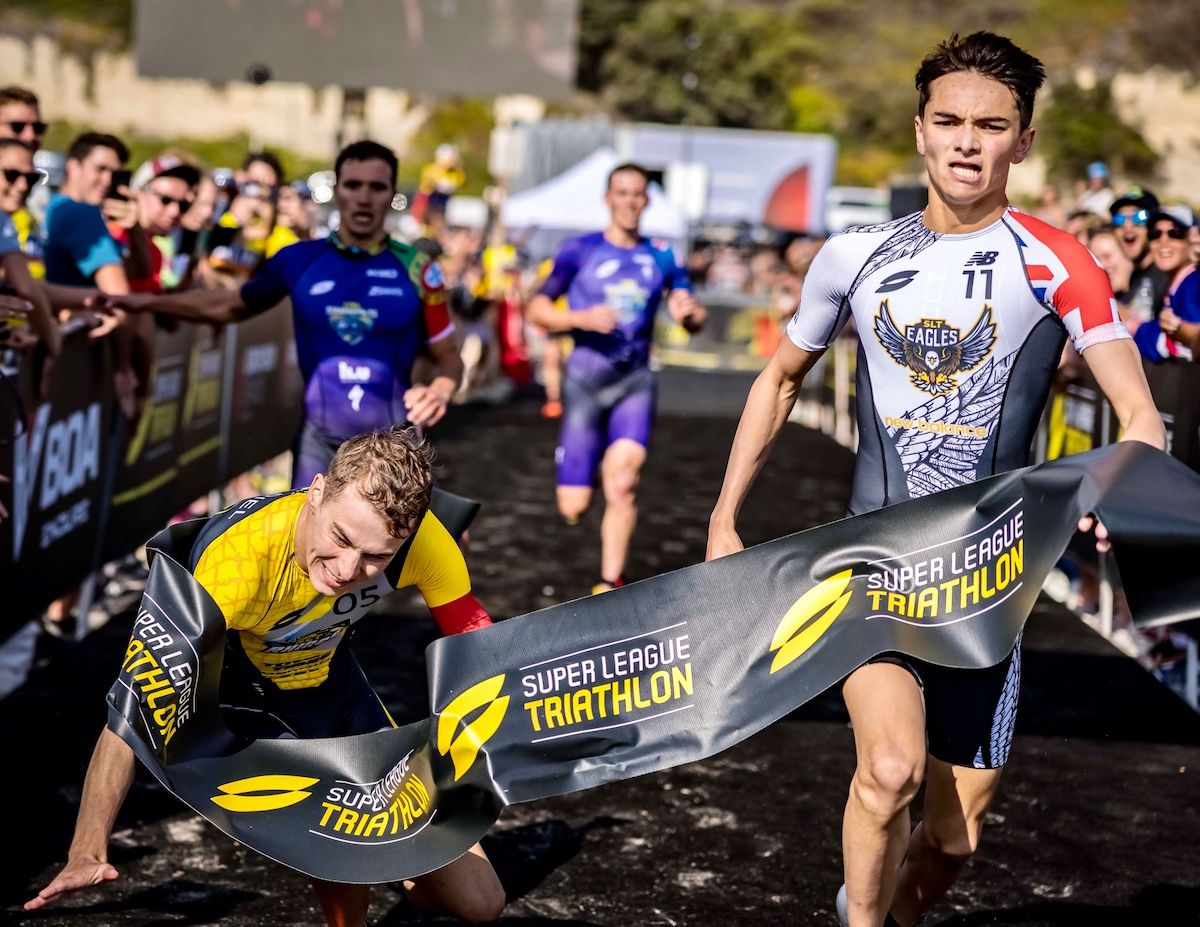 Yee takes another sprint finish by 0.2 seconds to win the title while Taylor-Brown overtakes GB teammate Jess Learmonth at the last

Following last weekend’s sprint finish between Yee and Jonny Brownlee, the drama continued in the men’s event in Malibu with Yee once again involved in a photo finish victory. This time his victim was Belgium’s Marten Van Riel and a winning margin of just 0.2 seconds.

Yee’s victory in Malibu ensured the British 23-year-old was the overall 2021 Super League Triathlon champion. After four weekends of racing, just 1.6 seconds separated Yee from his nearest challenger, New Zealand’s Hayden Wilde, with the win capping an extraordinary summer for the young star and Olympic Games gold and silver medallist.

Yee said: “It was amazing and I can’t quite believe it. I’ve learnt so much this past month and it’ll help me onwards into the future. It’s so good for our sport to have such short and exciting racing taking place. America hasn’t always been known to enjoy short-course racing but look how many people are out here today. It’s amazing to see and I’m really pleased to put on a show for everyone.”

The women’s race was similarly dramatic, with the destination of the overall championship title changing hands at the last from British teammates Jess Learmonth and Georgia Taylor-Brown.

Learmonth entered the race with three wins out of three in the 2021 Super League Championship Series, but with the entire women’s Tokyo Olympic Games podium plus Lucy Charles-Barclay all competing on the shores of Zuma Beach, she wouldn’t have it her own way in California.

That was largely down to the presence of Tokyo Olympic champion Flora Duffy, who delivered a multisport masterclass in speed, technique and determination on her Super League debut. Duffy would win each of the Eliminator’s three races to cap an extraordinary season for the 33-year-old following her Tokyo success.

The Bermudan’s win ensured Malibu’s second-place finisher Taylor-Brown was the overall 2021 SLT Series champion ahead of her British compatriot Learmonth, a cruel blow for Learmonth who’d dominated the opening three events in London, Munich and Jersey.

“The series victory is bittersweet for me as Jess has been so strong and dominant all series,” said Taylor-Brown at the finish.“It’s hard as we’re such good friends and I wish we could share the title. God keeps testing and challenging me, but I think a little bit of luck was on my side today. I’m happy to finish today on a high.”

Super League Triathlon Malibu was the debut visit to the triathlon powerhouse of the USA for Super League Triathlon. The field was suitably stacked, with the entire Tokyo Olympic Games podiums plus the Ironman 70.3 World Champion Gustav Iden and Lucy Charles-Barclay all on the Zuma Beach starting line vying for the $1.25m prize purse.

That format would see a choppy swim in the Pacific Ocean of 300m before a 4km bike leg and 1.6km run, with each race performed three times with only a short break between the events.

The Tim Don managed SLT Eagles took home the inaugural SLT Teams trophy, which carried with it a $120,000 top prize.