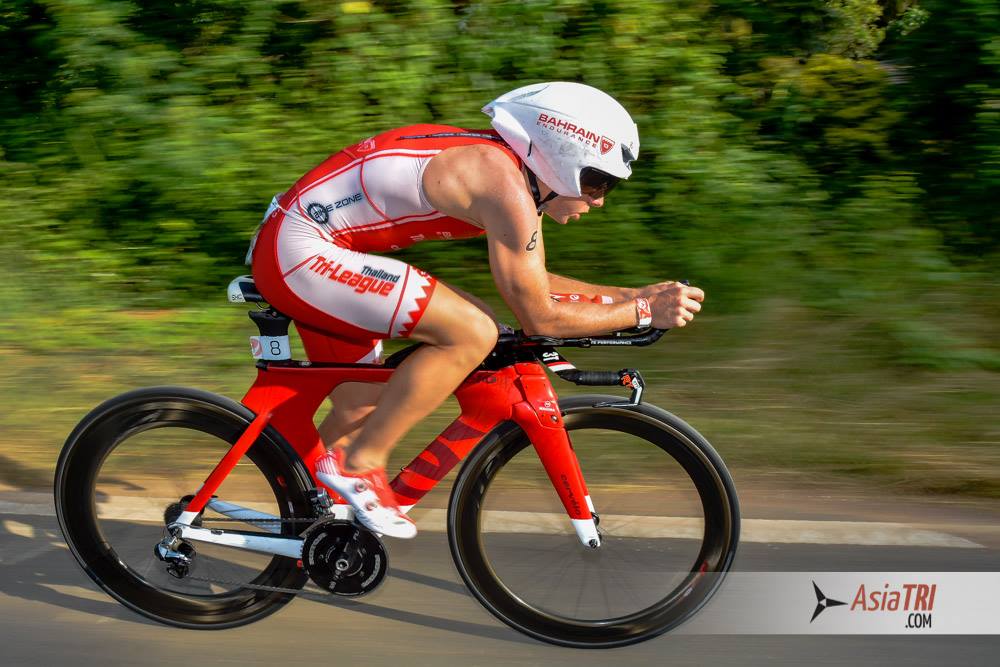 Aussie Alexander Polizzi led the swim in 24:44, and an 8 second lead over Antony Costes (FRA) and fellow countryman Luke Bell who went out in 24:52 and 24:53 respectively.  The second group consisted of Tomasz Szala (POL), Croneberg and Evert Scheltinga (NLD) and were 1 minute and 42 seconds behind.

Around the 60km mark, Croneberg moved up with the leader Antony Costes of the Thanyapura triathlon team.  With the course littered with hills, the lighter Croneberg thrived and had the day’s best bike split at 2:26:23.  Still the leader at T2 would be Costes, and had a 30 second lead over the surging Croneberg.  Bell was 3rd coming off to run out of T2.

Croneberg did not waste time and was able to capture the lead in the first 5kms of the race.  With the run course also featuring undulating terrain, Croneberg kept composure and was not threatened the rest of the way.   Croneberg also posted the day’s best run split at 1:23:38 to finish in 4;18:24.   Luke Bell was able to take 2nd position over Costes and finish 2 minutes and 59 seconds behind Croneberg.   Costes was able to hold onto 3rd position to complete podium.

In a small pro-women’s field, Kiwi Amelia Watkinson was able to post a dominating wire-to-wire victory, having had the day’s best swim-bike and run splits among women.   Watkinson was the swim leader at 27:32, navigated the hilly bike course at 2:43:35, and a 1:27:49 run which was 4th best overall.  Watkinson finished in 4:41:08.