Croneberg, Bevilaqua Back to Defend Titles in 2017 IRONMAN 70.3 Bintan 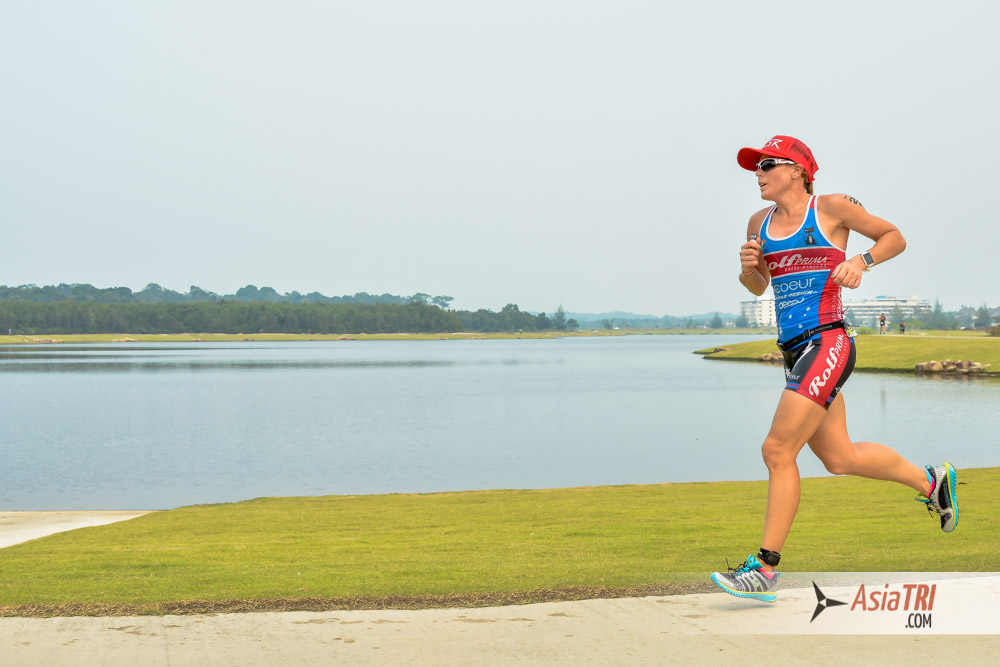 2016 Champions Fredrik Croneberg of Sweden and Australia’s Kate Bevilaqua will be back to defend their titles at the 2017 Ironman 70.3 Bintan.  A total of 18 professional triathletes will toe the startline to compete for  the total professional prize purse of $15,000 and qualifying points for the 2018 Ironman 70.3 World Championship to be held in South Africa. Croneberg will be the definitive favorite in the men’s race, having won last year in Bintan and having also proven his capability in winning the hot weather races in the Asian circuit.  This year alone he has won Challenge Nakhon-Nayok in Thailand, and also the full distance race, 2017 Challenge Taiwan.  Out to spoil Fredrik’s quest for a repeat are  Guy Crawford (NZL), David Mainwaring (AUS), Mitch Robins (AUS), Mike Phillips (NZL), Alex Polizzi (AUS) and the comebacking Domenico Passuello of Italy.

In the women’s race, Kate Bevilaqua will have her hands full with a couple of strong contenders led by Kiwi Amelia Watkinson, fresh from winning Ironman 70.3 Philippines less than two weeks ago.  Watkinson lorded it over the Asian racing circuit last year, winning 10 of the 11 races she started. Singapore-based Anna Eberhardt (HUN) will also challenge, propelled by a strong 2017 start, having won 2 half-ironman races early in the year.   Aussie Jacqueline Thistleton will also be in the mix, having finished a strong runner-up to Watkinson in Cebu, despite suffering a bike crash in the race. The 2017 IRONMAN 70.3 Bintan will see more than 1,150 athletes representing 39 countries start the race on Sunday, the 20th of August. Encouraged by the 95% athlete satisfaction rating in the 2016 global Ironman 70.3 survey that placed the event 1st in Asia, the event saw a 25% growth in registration.  Competitors will range from 18-80 years old, one of which is 80 year old Yee Sze Mun from Malaysia, one of Asia’s oldest triathletes.  Another notable triathlete is Indonesia’s first age-group Kona qualifier, Inge Prasetyo, joining to fine tune her preparation for the big island, as well as compete for a slot in 70.3 championship in South Africa.

One of more than 100 events in the global IRONMAN 70.3 Series, the 2017 IRONMAN 70.3 Bintan triathlon will take the athletes along a 1.9-km swim, 90-km bike and 21-km run on the beautiful island course of Bintan, Indonesia.  Athletes will begin their day to start in the white sand beach of Bintan and take off in a 1 lap swim.  The swim course, voted as Asia’s best by AsiaTRI.com, is characterized by having excellent visibility with calm, no-swell conditions.  Once off the water, triathletes will be greeted by Asia’s best bike course (as awarded again by AsiaTRI.com) on a single lap of endless  views of lush, dense green forest to fantastic coastal scenery.   The triathletes will end their day in a new run course that is a now a 2-lap affair that offers a more varied scenery. A long out and back section also gives participants the opportunity to see their fellow athletes. Fun spectating spots are introduced this year to enhance the experience both for athletes and spectators.

IRONMAN 70.3 Bintan will be a two-day event with the professional and age-group athletes racing on Sunday, August 20.  A day before, the Meet The Pros meet and greet event will be held, along with the IRONKIDS Fun Run wherein 300 Indonesian kids will take part in running the 1.5km course.

Triathlon Running Technique - It Begins with The Hips