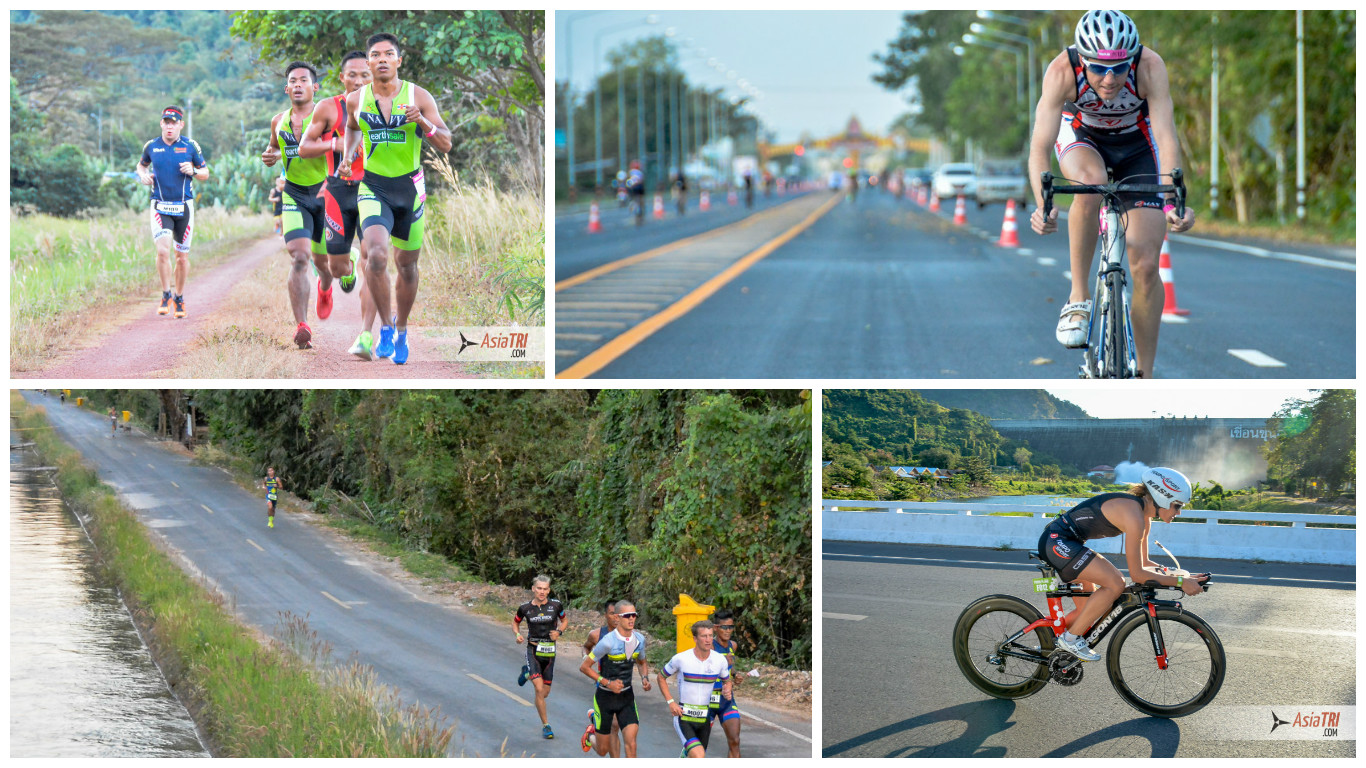 The inaugural Powerman Thailand took place in Nakhon Nayok, around 2 hours northeast of Bangkok.   Aside from the classic distance of 10k run / 60k bike / 10k run, athletes also had the option to race a shorter version 5k run/30k bike/5k run.  The event was held beside the local Dam (Khun Dan Prakarnchon) a famous tourist destination among Thais.

Despite the small numbers of this edition (around 300 athletes), the team behind Powerman Thailand also runs Powerman Jakarta and Powerman Malaysia, the world’s largest duathlon race with over 2,600 participants. The venue has plenty of space to watch an exponential growth in the coming years with the growth of Multisport in South East Asia and the organizers are experienced enough to accommodate the growth.

The pros described the course as flat and windy as you can watch in the below video:

The 5km loop makes it very straight forward, athletes doing the classic distance do two loops, while the short distance athletes only one. There is one very short and relatively steep hill on the run course on each lap, all else is mostly flat with a few false flats along the way, making it a fast run especially as January is cooler in Thailand .  With the race start at before 7am, the first run especially will be fast and cool.

Most of the run course are on the quiet local roads, with sections of it on non-technical trails, a great mix of scenery that allow allows you to check in on your competition on a very short out and back section. Despite the coolest period in the area, the second run can heat up to low 30’s celsius, pace both your first run and the bike leg for a strong closing run leg.

The 30k lap of the bike was also very straight forward for both athletes and organizers to keep the race well controlled and avoid any issues with people getting lost and miscounting laps. Classic distance athletes did two laps while the short distance athletes only one. Most of the bike was on a main highway, where athletes had the fast lane fully closed to traffic at perfect road conditions, which allowed very fast bike splits. Athletes reported a very strong tail wind on the way out, which allowed some of the faster athletes to ride consistently at 50kph, while on the way back they had to work hard to ride at 30kph into the wind. The bike course is also all flat with no technical sections, making it perfect for both experienced athletes seeking a personal best average speed and also for beginners athletes that need space and less challenges along the way.

Getting there and things to do

Organizers are planning a repeat of the event at the same venue and time of the year in the coming years.  If you want to add this duathlon race to your calendar, plan your trip accordingly. Shuttle buses were available from the airport to transition area then back, once per day on Saturday late morning and Sunday early afternoon. The next best option is a car rental that will provide more freedom at the venue and a taxi is also an affordable option despite being  110km away from Bangkok. It’s a family eco-tourism place in the footsteps of Thailand’s largest national park, Khao Yai. Water rafting and tubing are among the most popular activities.

Winner of the Free Entry to Himalayan Rush Triathlon Announced

Video: 9 Bike Maintenance Mistakes All Cyclists Have Made