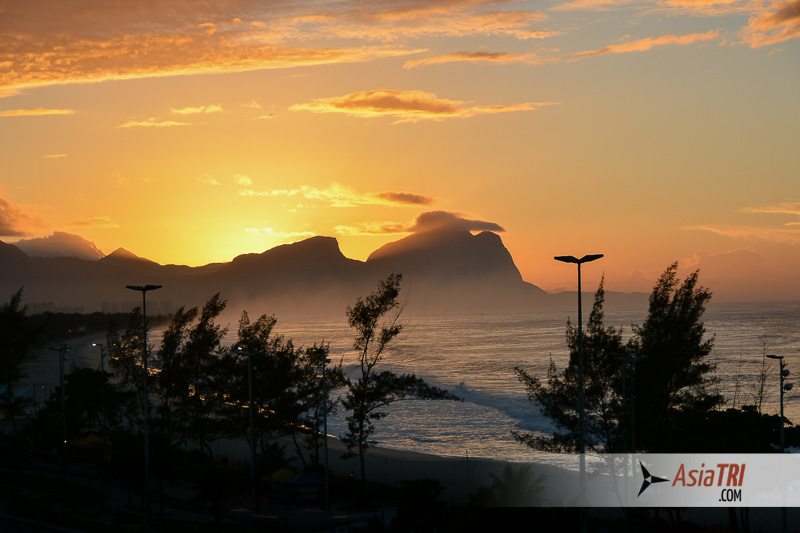 “We are thrilled to expand our race series in Brazil with the addition of IRONMAN 70.3 Rio de Janeiro,” said Steve Meckfessel, Managing Director of Global Race Operations for IRONMAN. “Rio de Janeiro will provide our athletes with an unforgettable race experience in an amazing South American city filled with energy and a passion for sports.”

One of more than 80 events in the global IRONMAN 70.3 Series, IRONMAN 70.3 Rio de Janeiro will consist of a 1.2-mile (1.9 km) swim, 56-mile (90 km) bike and 13.1-mile (21 km) run around the beautiful city of Rio de Janeiro. The race starts at Recreio dos Bandeirantes where the one-lap swim will take place. The bike course will lead athletes through breathtaking landscapes on a three-loop course. Finally, the two-loop run course will take athletes close to the unique seashore and offers breathtaking views of the city and its surroundings. Athletes will conclude the day by crossing the energetic finish line at Recreio dos Bandeirantes.

“Rio de Janeiro is known worldwide for its natural attractions, beaches and its influence on Brazilian history and culture. In the past few years, Rio has been dedicated to developing its infrastructure, which led the city to increase the number of sporting events hosted in town, including the Olympic Games in 2016,” said Carlos Galvão, IRONMAN 70.3 Rio de Janeiro Race Director. “We are pleased to announce an IRONMAN 70.3 event in the city where the first Brazilian triathlon took place.”

Rio de Janeiro is one of the most visited cities in the Southern Hemisphere and is known for its natural settings, carnival celebrations and beaches. In addition to the beaches, some of the most famous landmarks include the giant statue of Christ the Redeemer atop the Corcovado Mountain, named one of the New Seven Wonders of the World. Rio de Janeiro will also host the 2016 Summer Olympics and the 2016 Summer Paralympics.

General registration for IRONMAN 70.3 Rio de Janeiro will open June 10, 2015 at www.ironman.com/rio70.3. For more information on the IRONMAN brand and global event series, visit www.ironman.com. Athlete inquiries may be directed to rio70.3@ironman.com.