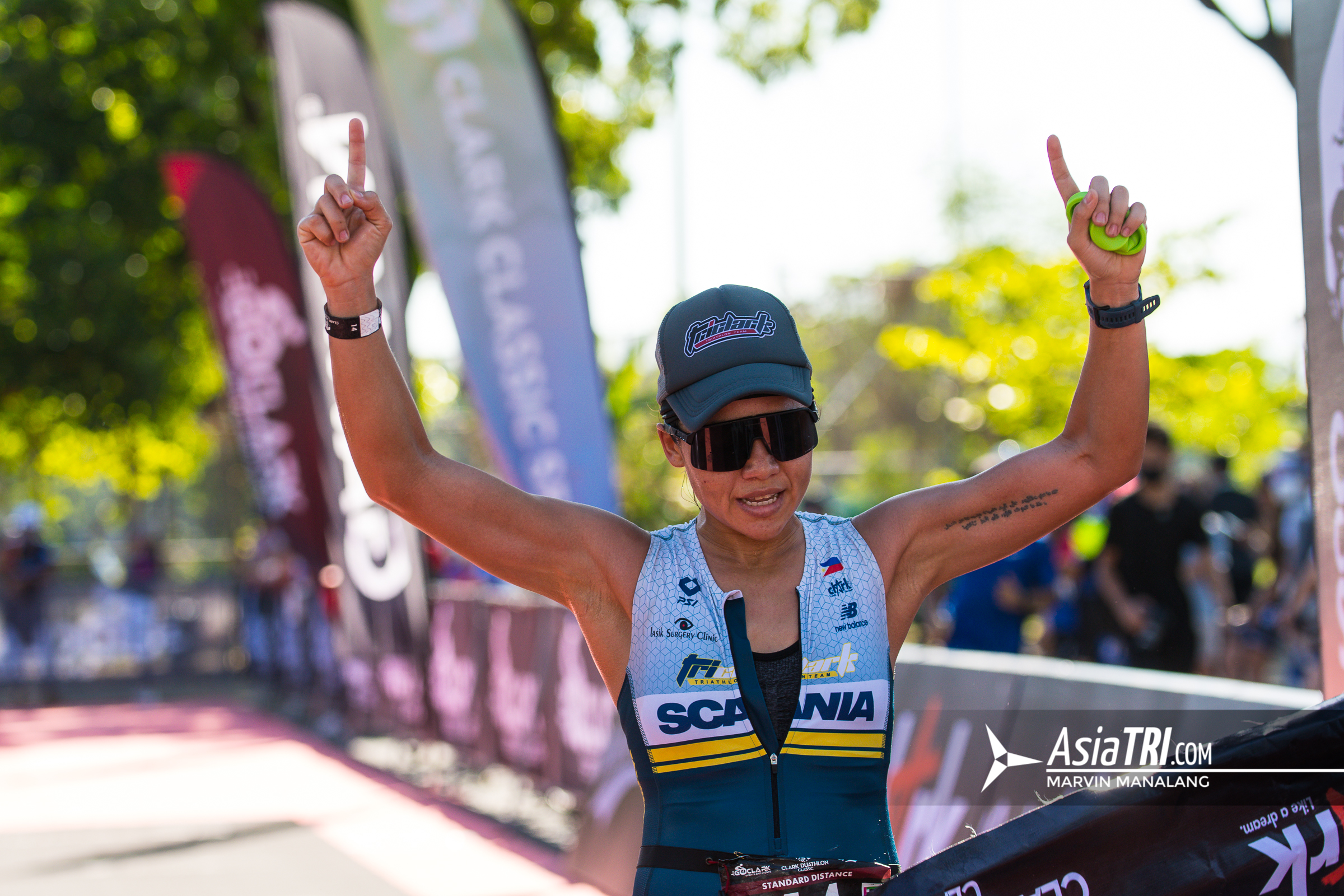 Over 400 duathletes toed the startline to kick-off the multisport race season in in Clark, now considered as the Duathlon Capital of the Philippines.

“We welcome the multisport athletes back again in Clark.  It’s been over two years since we organized our last event, but the advocacy remains the same; we want you to have the best race experience possible and we want you to appreciate for what Clark is, a premiere training and racing destination, said Abe Tayag, GoClark Sports event director.”

The race saw Jarwyn Banatao pull away from the fading Joey Delos Reyes in the final 5km run and held on to first place over John Patrick Ciron, winning with a finish time 2:00:04.  Delos Reyes had registered the day’s best 40km bike split of 1:02:22, but Banatao was close by only a second behind in T2.  The streaking Ciron had covered 5km in 18:01 but it was not enough to supplant Banatao.  Banatao’s winning margin was 19 seconds.

Rhia Stawicki making her elite race debut in the standard distance duathlon event overcame an early deficit in T1, but more than made it up with a 2nd best bike split and the race best 5km second run of 21:06 to pull away with a finishing time of 2:16:57.   Stawicki winning margin over 2nd place Merry Joy Trupa of Go for Gold was 2 minutes and 17 seconds.  Nhea Ann Barcena had the women’s best 10km first run split of 40:32 grabbed 3rd place with a finish time of 2:25:22.

With the win, Banatao and Stawicki grabbed maximum 8 points each in Clark’s Elite Duathlete of the Year Race Points Series.

The Clark Duathlon Classic is part of 4-Race Points Series by GoClark Sportsand Events. The races included in the series are TriFactor Philippines Run-Bike-Run (June 19), New Clark City Duathlon (July 17) and Titan 77.7 Philippines (September 11). The race series will determine the Elite Duathlete of the Year.