The Fastest Bikes and Shoes of Kona 2022 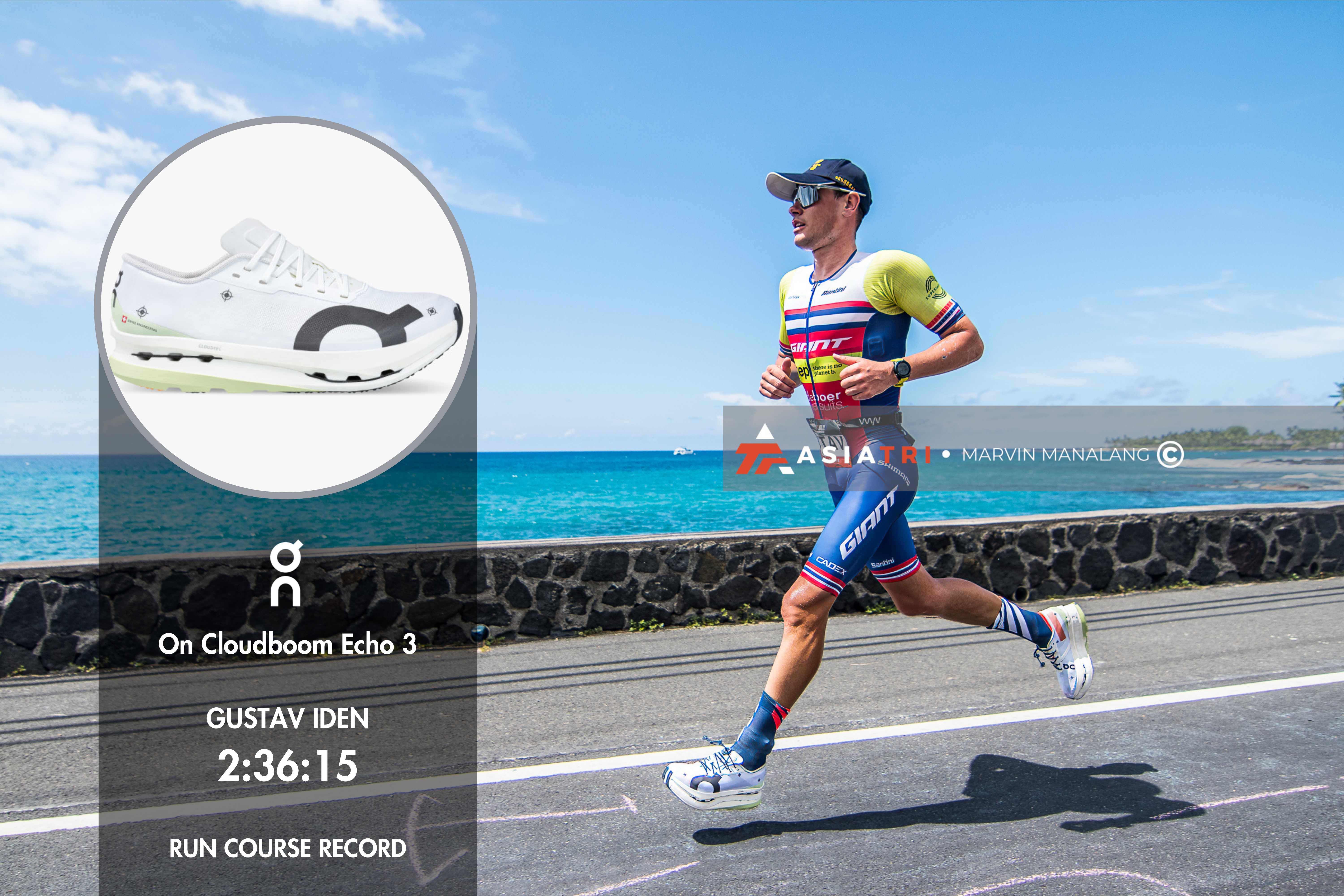 One of the side plots and sideshows going on and in around the Ironman World Championships at Kona are the gear and equipment preference of KONA triathletes.   There’s the Kona equipment count, and there is the count that matters most in terms of wins, speed and records.   What do Kona Champs use?

We take a quick look at the fastest bikes and shoes of Kona 2022: 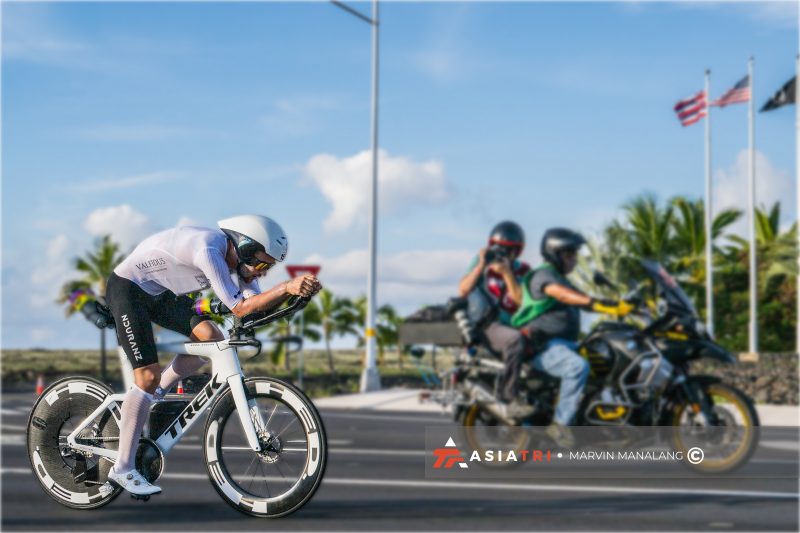 The 23-year old Frenchman rode a Trek Speed Concept 9 on his way to breaking Cameron Wurf’s 2018 bike course record of 4:09:06.  Laidlow rode so fast, that he had built a 6 minutes and 13 second lead at T2 over eventual winner Gustav Iden.   His ride last weekend blasted Wurf’s record by 4 and half minutes.   Observers were quick to say that wind conditions on Queen K highway and the roads leading to Hawi were calmer than the usual, which is a much needed requirement for a record-shattering ride.   We say the new HED Jet 180 wheels were more the factor in giving Laidlow the gear advantage.  Then again, he was averaging 315 watts on the ride, with speed average of 44.21 km/hr.  Laidlow’s noted strength is swim and bike, and TREK should now take notice on his biking prowess.  Trek is not listed as one of Laidlow’s sponsors. 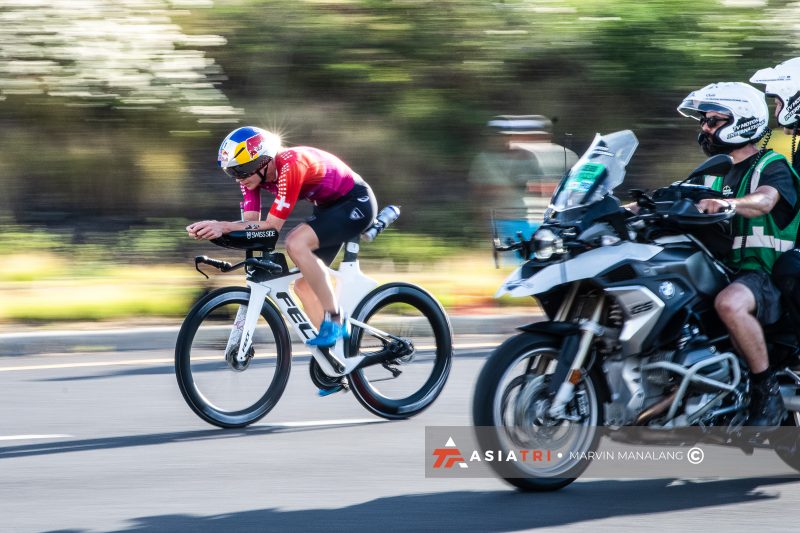 The Angry Bird has always been one of the sports strongest female riders.   Daniela Ryf still holds the women’s record for the all-time bike course record of  4:26:07, and at that time used the 1.0 version of Felt IA.   While she was not able to break the record with the 2.0 version, Ryf is the sports strongest rider.  The 2.0 version of FELT IA  looks mean and fast.  But it has to keep it up, the original IA produced 6 straight wins from 2013 to 2018. 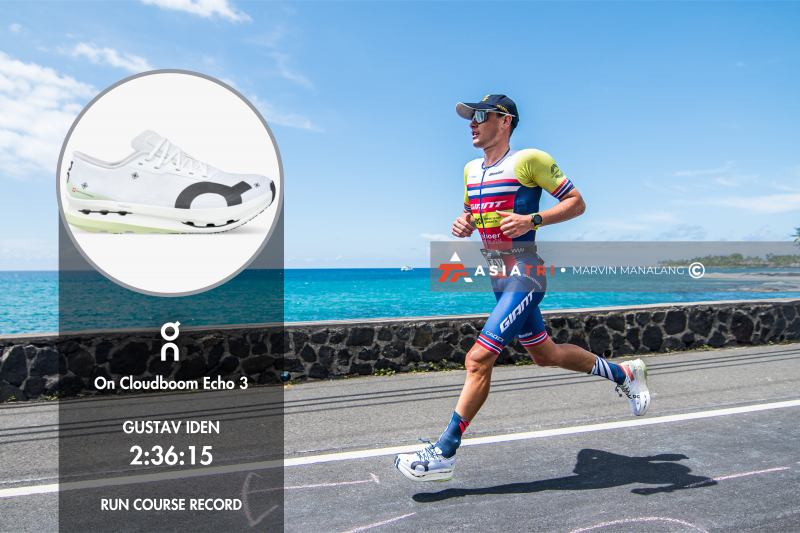 In a world of Nike Vaporfly’s, the On Cloudboom Echo 3 reigns supreme thanks to Iden’s effort to separate from his training partner Blumie and chase the surprisingly not-too close to bonking Sam Laidlow.   We have heard that the shoe was designed for the sub-8 iron-distance triathlon and now that Iden has out ran Patrick Lange’s record by 3 and half minutes, we are optimistic that the Swiss running shoe company will take a lot of look from triathletes looking for new shoes.  Of course, the Cloudboom Echo 3 is a carbon-plated shoe and reviewers has it that the ride is more stiff than plush. For now, it is the King of Ali’i Drive, Palani, Queen K and Energy Lab. 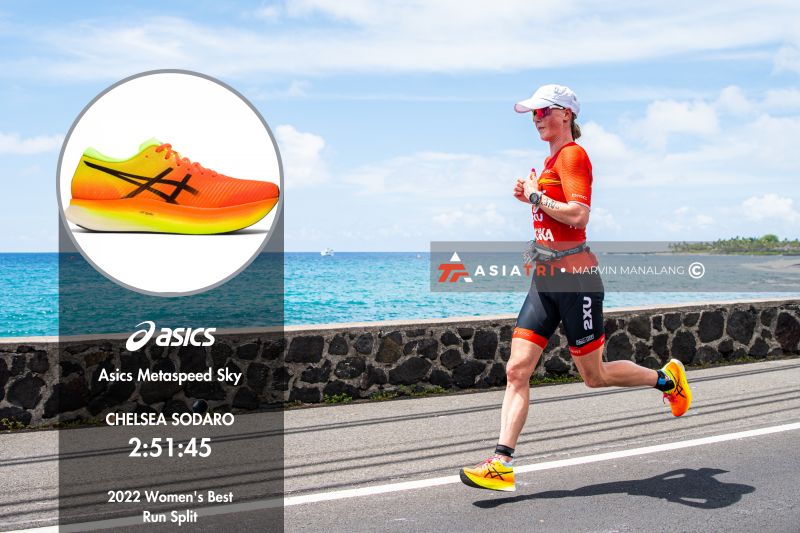 Had Chelsea not slow jogged the aid stations on her race-best 2:51:45 run split, she would have a chance to break Mirinda Carfrae’s 2:50:26 women’s run course record.  But hey, it was all part of the plan and coming within 1 minute and 19 seconds of the record is not shabby at all, especially when you’re a Kona rookie champ and 18 months removed from giving birth to a child.