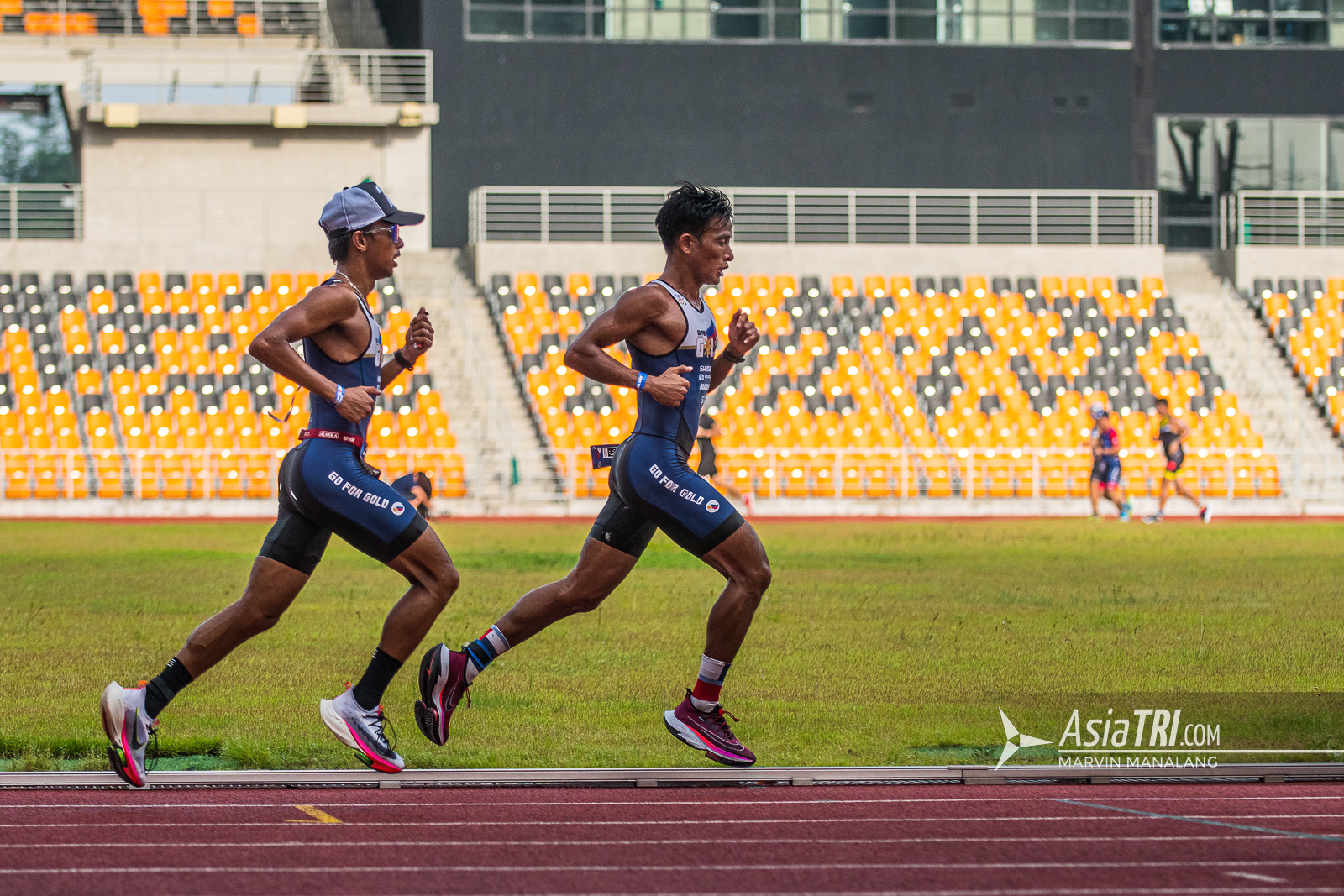 A spectacular day of racing at New Clark City Duathlon saw Raymund Torio and Merry Joy Trupa grab elite wins but had to work hard in a surprisingly tough course and hot conditions.  For Torio, it was his first win this year over perennial favorite John Rambo Chicano and for Trupa, it was her second consecutive win in the Clark Duathlon Series. 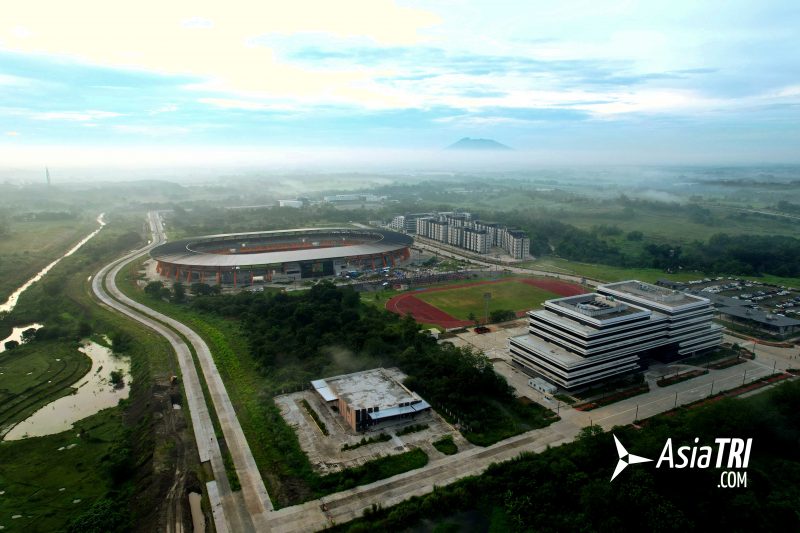 Amidst the spectacular backdrop of the New Clark City Athletic Track Stadium, more than 620 duathletes toed the start line in one could be considered one of the toughest duathlon course in the country.

The men’s elite race was loaded once again with National Team mainstays with Torio and Chicano the clear favorites heading to the race.  And as soon as the start gun went off, it was clear that it is gonna be the two top bets and John Patrick Ciron of Camsur Tri-Team who will control the race.

Torio headed into the transition 1 after finishing the 12km run in 42:38 with Chicano and Ciron only a second behind at 43:39.  The trio worked together in the brutal bike route of 50kms that took them in New Clark City’s expansive network of access roads to Clark and SCTEX.   Torio and Chicano officially biked the race best split of 1:18:07 with Ciron trailing only a second behind.  The bike course featured long rolling hills coupled with windy conditions. 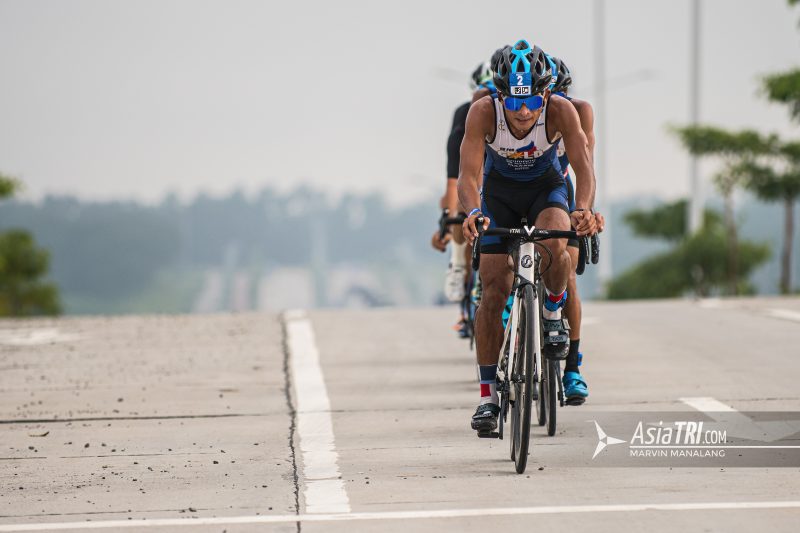 After approaching transition 2 all together, Ciron was able to stick with Torio and Chicano through the first 5 and half kilometers of the 6 km run 2 leg.  At the last lap inside the Athletics stadium, it was clear that it is gonna be a sprint finish between Torio and Chicano.    After a wild dash to the finish line, Torio came out on top, finishing in 2:22:46 and only two seconds separating him from the multiple Southeast Asian games medalist Chicano.  Ciron completed podium after crossing the finish line at 2:24:03, a superb effort after matching the pace of the country’s top two duathletes. 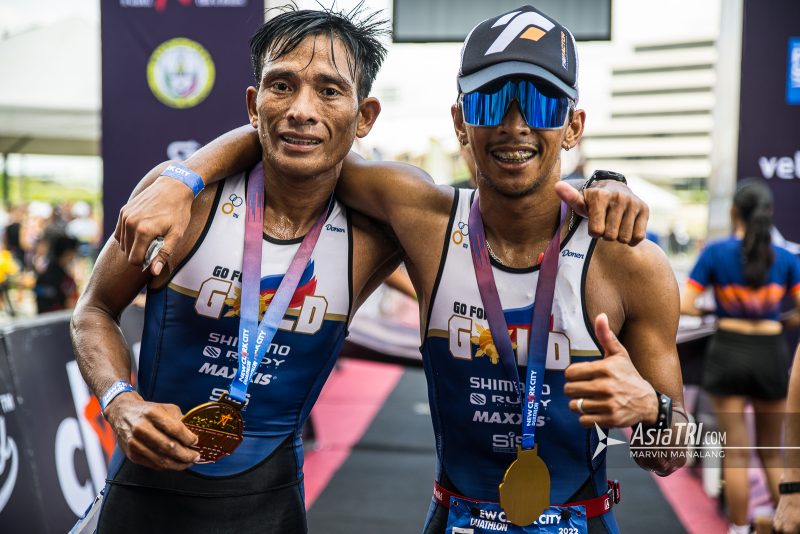 “I am extremely happy with the win, and I would like to thank BCDA and GoClark for putting up this well-organized event.  Mahirap po ang bike course, and buti na lang, may mga kasama ako at pinagtulungan naming mai-ahon. (The bike course was tough, but was fortunate we worked together to navigate the course), said Torio.” 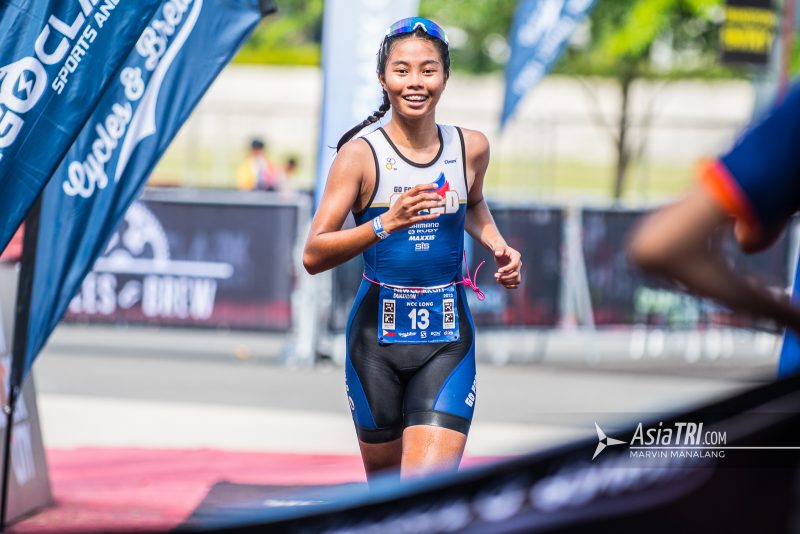 “It was a very tough test for the participants, and the course proved its mettle as one of the hardest course in the Philippine racing circuit.  I am proud of all the finishers, especially the first timers. Congratulations to all.  We also would like to thank all the staff and officials of BCDA, without their assistance and support, the race wouldn’t be this successful.  A freak storm ruined our preparations the evening before the race and would like to commend my staff and marshalls who worked through the night to bring you this race, added Jumbo Tayag, GoClark sports race director.”

The New Clark City Duathlon is the 3rd leg of the Clark Duathlon Capital of the Philippines Race Series.   The last leg will be Titan 77.7 Philippines happening on September 11, 2022.   To learn more, visit GoClark.ph.