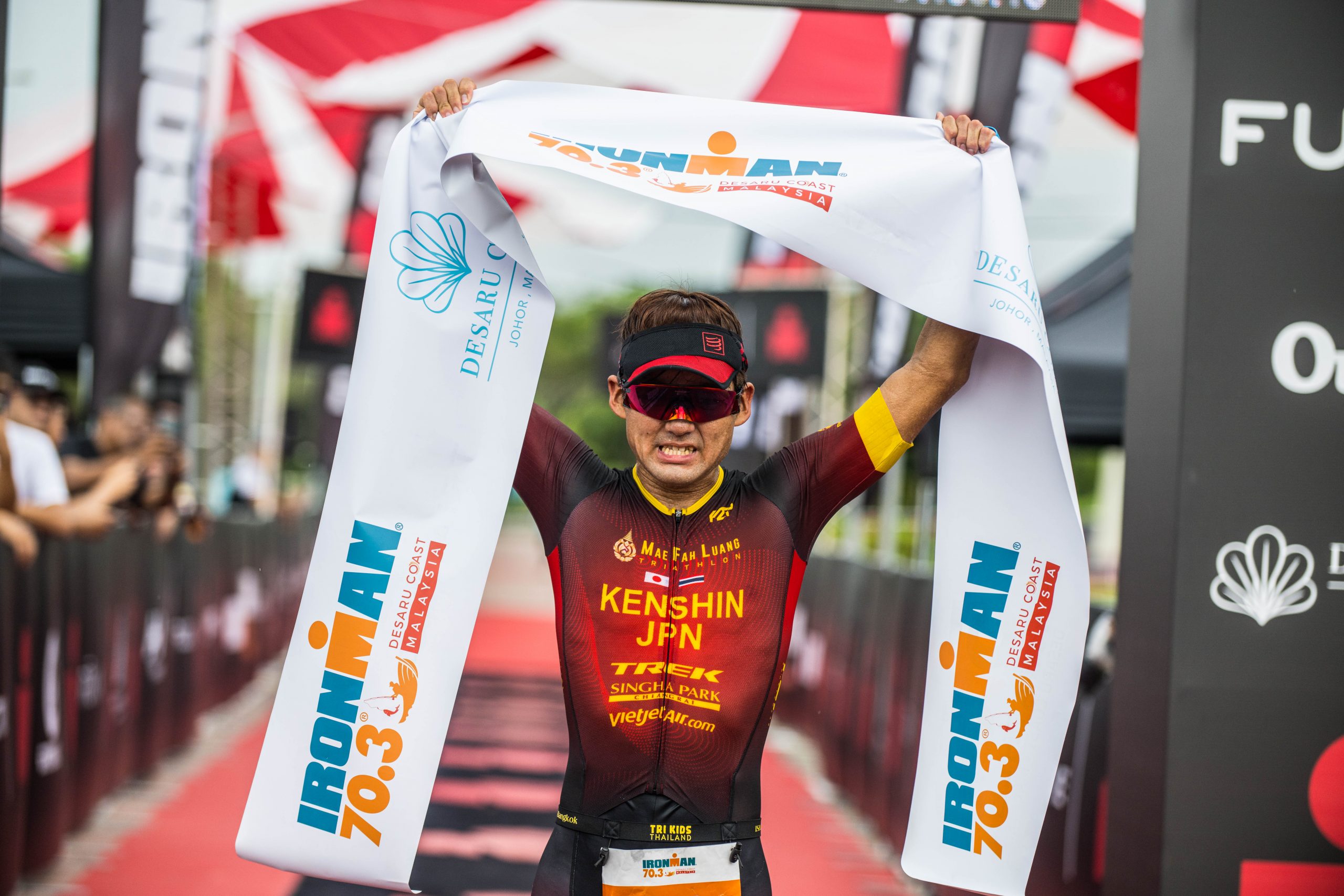 The Desaru Coast Multisport Festival was the first of its kind in Malaysia, where the weekend featured iconic endurance sports events by the IRONMAN Group. This included the IRONMAN 70.3, 5150 Triathlon series, IRONKIDS and the SPRINT distance races.

The Desaru Coast Multisport Festival was also a prime example of how people globally missed live action sports after a two-year absence due to the pandemic, with athletes from all walks of life converging at the idyllic getaway destination.

The festival saw high international participation from up to 50 countries. Malaysians amounted to 47.5% of the total participation, with 980 athletes from all over the country descending to DCMF over the weekend.

Athletes also created records of their own in the headline IRONMAN 70.3 event. 1,475 athletes (including 26 teams) participated on a racecourse flanked by a pristine 17-km coastline, complete with clear ocean waters and white sandy beaches. Male participation dominated the IRONMAN 70.3 with 87.26%, while the female participation amounted to 12.74%.

The IRONMAN 70.3 athletes started with a single-loop 1.9km swim, followed by a 90km ride on a two-loop bike course and finally finished off with a 21.1km shaded run to the finish line at the Westin Desaru Coast Resort. 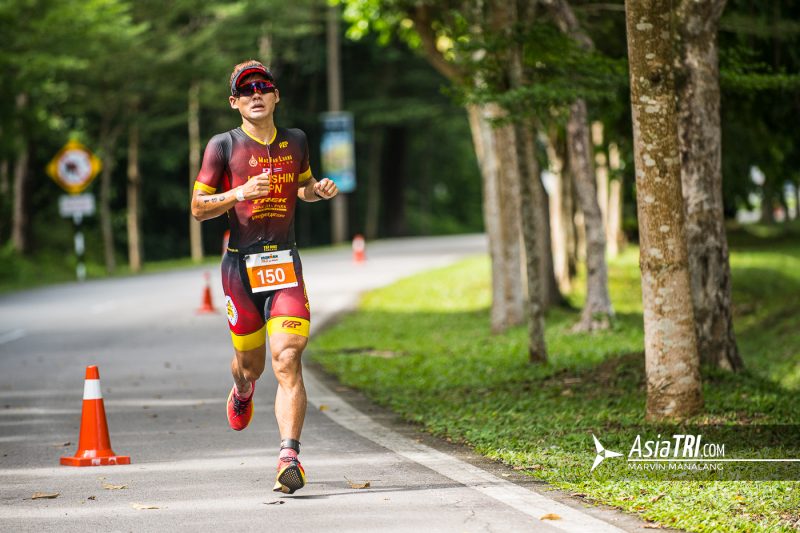 Japanese youngster Kenshin Mizushima crossed the line as the top overall male finisher with sub five-hour finish (4:18:22). The 21-year-old who resides in Thailand was elated after achieving his personal best.

See also:  Video: How To Clean Your Bike Like A Pro

“I have trained for several months for this event, and I am happy to reach this level of performance. I had expected a tough course, and I tried to conserve as much energy for the run. My aim is to do a sub-four hour for the World Championships in Finland next year,” he said. 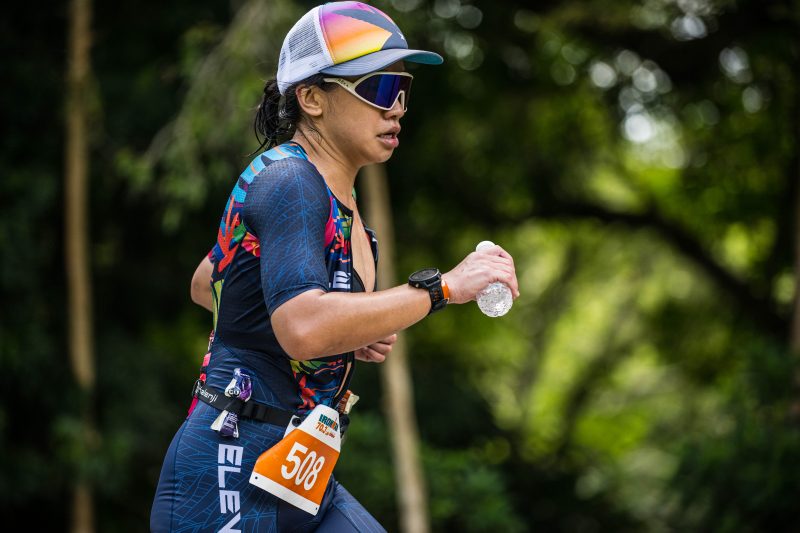 Canada’s Elaine Young claimed the top female finisher with a time of 5:18:42, jubilant after crossing the line with her young daughter watching. “I just tried to stay focused to cross the finish line. I’m so happy I managed to finish as champion with my daughter watching,” she said.

Teh Kuok Yuen finished as the top male Malaysian as he clocked 4:53:20 past the finish line. The 35-year-old engineer by profession was a resilient force as he battled leg cramps to finish as the top local performer.

“I have done quite a few IRONMAN 70.3 races, but this is the hardest. My legs were cramping up at the end, but thankfully I pushed through. I want to thank the organizers for a great race. Sometimes it’s not about achieving the target, but how you handle the tough days,” he said.

Serena Yang claimed the top Malaysian female finisher prize with a time of 5:28:57, achieving her target of finishing below six hours.

“My target was to finish at sub six hour, and I achieved that. I had practiced for three to four months for this race. I’m a mother of two, so my training time is limited! I want to thank my Mom for taking care of my kids, and my husband for coaching me,” said Serena, who competed at the 2018 Commonwealth Games.

On Saturday, two national triathletes – Edwin Thiang and Ziq Junaidy who competed at the recent SEA Games – turned the 5150 triathlon into a high octane affair as they both completed the race with a one-two finish.

Age was never a factor for IRONMAN athletes, and Kazutoshi Miyokawa from Japan is the shining example of that. Miyokawa, who took part in the Male (75-79-year-old) category, was participating in his first IRONMAN race in Malaysia, but he is a veteran in the triathlon scene having taken part in 25 races in total. Miyokawa competed in his first race in 2010 at the IRONMAN 70.3 Japan in the (60-64) category, and went on to take part in his first World Championships in 2012.

Athletes looking to try triathlons for the first time or aiming to build their performance in the sport before taking on the longer distance IRONMAN 70.3, took part in the 5150 Triathlon series and Sprint events.

Held for the first time in Malaysia, the 5150 Triathlon series saw over 350 athletes, where athletes took on a 1.5km swim, a 40km bike ride and a 10km run to complete the course.

The Sprint triathlon saw more than 100 athletes complete a 750-meter swim, 20km bike ride and ended with a 5km run. The Sprint event is popular among new athletes with a shorter distance that tests the endurance of budding triathletes.

IRONMAN Asia Managing Director Jeff Edwards was thrilled with the success of this event, “The beauty of the Desaru Coast provided a fantastic backdrop for the return IRONMAN racing to Malaysia. The inaugural Desaru Coast Multisport Festival, featuring iconic IRONMAN events, allowed seasoned triathletes to race competitively and novices an opportunity to experience their first multisport event.  Our Desaru Coast hosts provided tremendous support, thanks to everyone who contributed to the effort. We look forward to many future editions.

“It has given us, at Desaru Coast, immense pleasure to host this three-day international sporting gala at our integrated destination resort for the first time. As title sponsor, the successful organisation of the event and the overwhelming participation and attendance has been heartening to see. We are pleased to continue our commitment to host the Desaru Coast Multisport Festival presented by IRONMAN for three consecutive years. In the years to come, we hope that Desaru Coast and the state of Johor become synonymous with the IRONMAN brand in the international circuit, making sports tourism a collective pillar of success for us,” said Managing Director and Chief Executive Officer, Roslina Arbak.