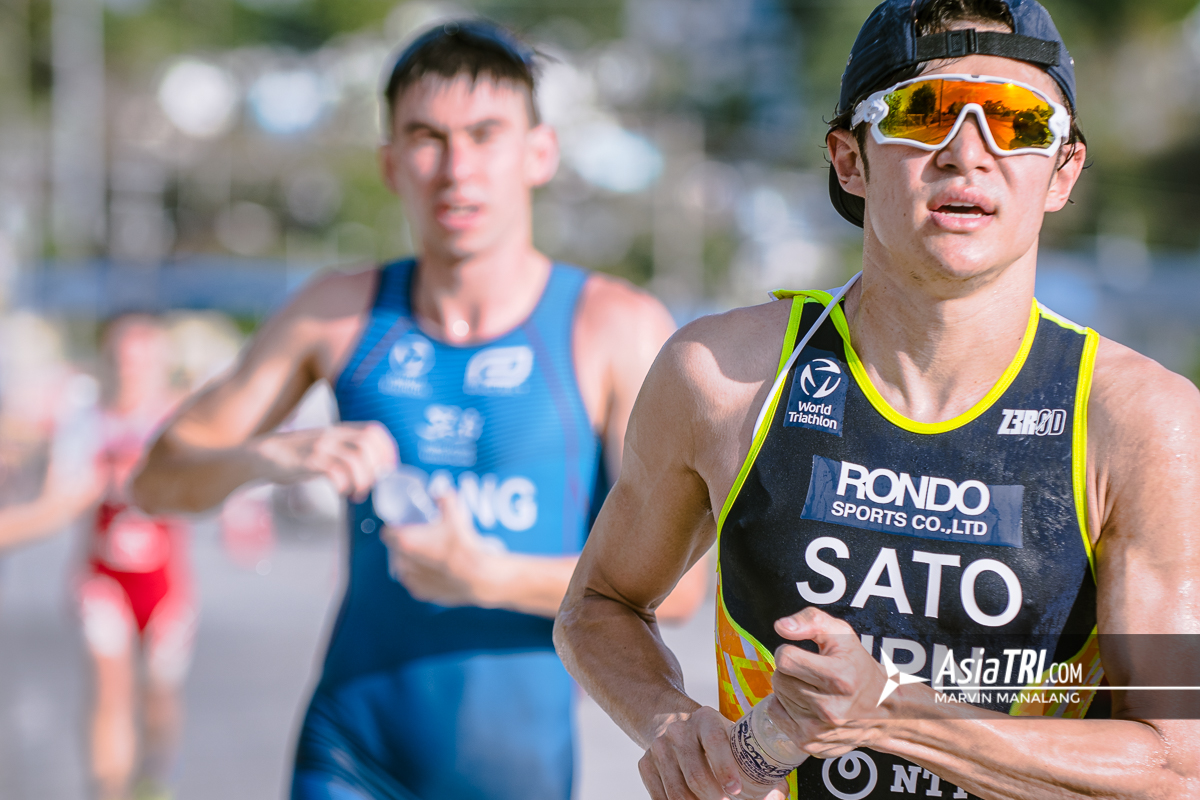 Sato was part of the lead pack in the swim leg which consists of 13 athletes.  The group worked together in the relatively flat bike leg, holding almost a 2 minute separation from the chase pack.

The men’s elite of 37 featured big delegation from Japan, Hong Kong and The Philippines.  The first Filipino elite to finish was John Chicano, who finished at 22nd at 1:51:02.

In the women’s race, Yuka Sato dominated from the start, as she pulled up first from water at 19:21, followed by Bailee Brown of Hong Kong and countryman Kotomi Anzai.

Yan Yin Hilda Choi of Hong Kong, a previous winner at Subic Bay, was able to catch up with the trio after a fast transition.   The lead pack of four were able to hold a 1 minute advantage over the chase pack.   It was Sato once again who grabbed the women’s best bike split at 1:02:37.   She came into transition 2 with Choi, Brown and Kotomi.

It was on the run though that Yuka Sato truly excelled as her 35:27 run split was 36 seconds faster than anyone on the women’s elite field.   The splendid run split gave her the 1:48 winning margin over Hong Kong’s Choi.   Margareta Bicanova of Slovakia was part of the chase pack in the bike but was able to finish in the podium spot at 3rd place after a superb 2nd best run split of 36:03.

See also:  Challenge Philippines: The best of the Press Conference

International Field at Regent 5i50 in Subic Philippines this weekend
June 5, 2015
Posting....