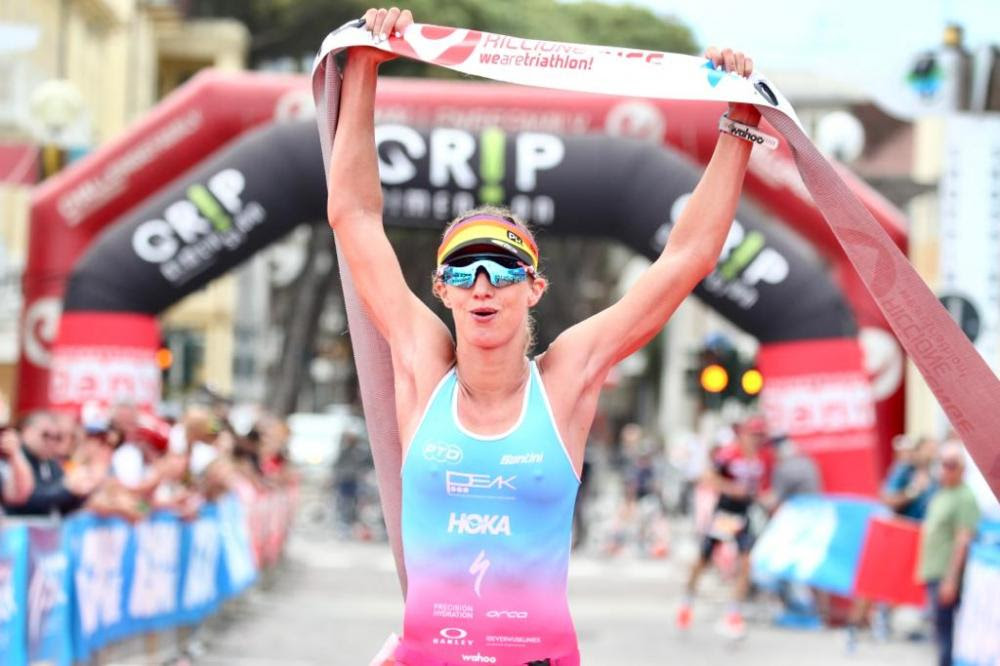 Near perfect conditions greeted over 1,200 athletes at Challenge Riccione on Italy’s Adriatic Coast today with Thomas Steger (AUT) successfully defending his title to make it two in a row in 3:37:40 and Emma Palant-Browne (GBR) taking a convincing win in 3:56:50.

While Steger led out of the water, it was soon Mattia Ceccarelli (ITA) who asserted his dominance on the bike, maintaining the lead for the full 90km with only Steger managing to catch him on the final lap with a chase group of Thomas Davies (GBR), Chris Mintern (IRL) and Florian Salvisberg (SUI) in hot pursuit. Coming into T2 neck and neck with Steger, it quickly became apparent Ceccarelli was no match for Steger’s renowned speed on the run and over the next 21km Steger slowly but steadily put time between them to take the win with a 1:22 lead over Ceccarelli. Behind them Salvisberg was staking his claim to the final place on the podium when a penalty threatened his chances. However, he managed to retain his third place in a time of 3:40:41 despite this 30 second setback.