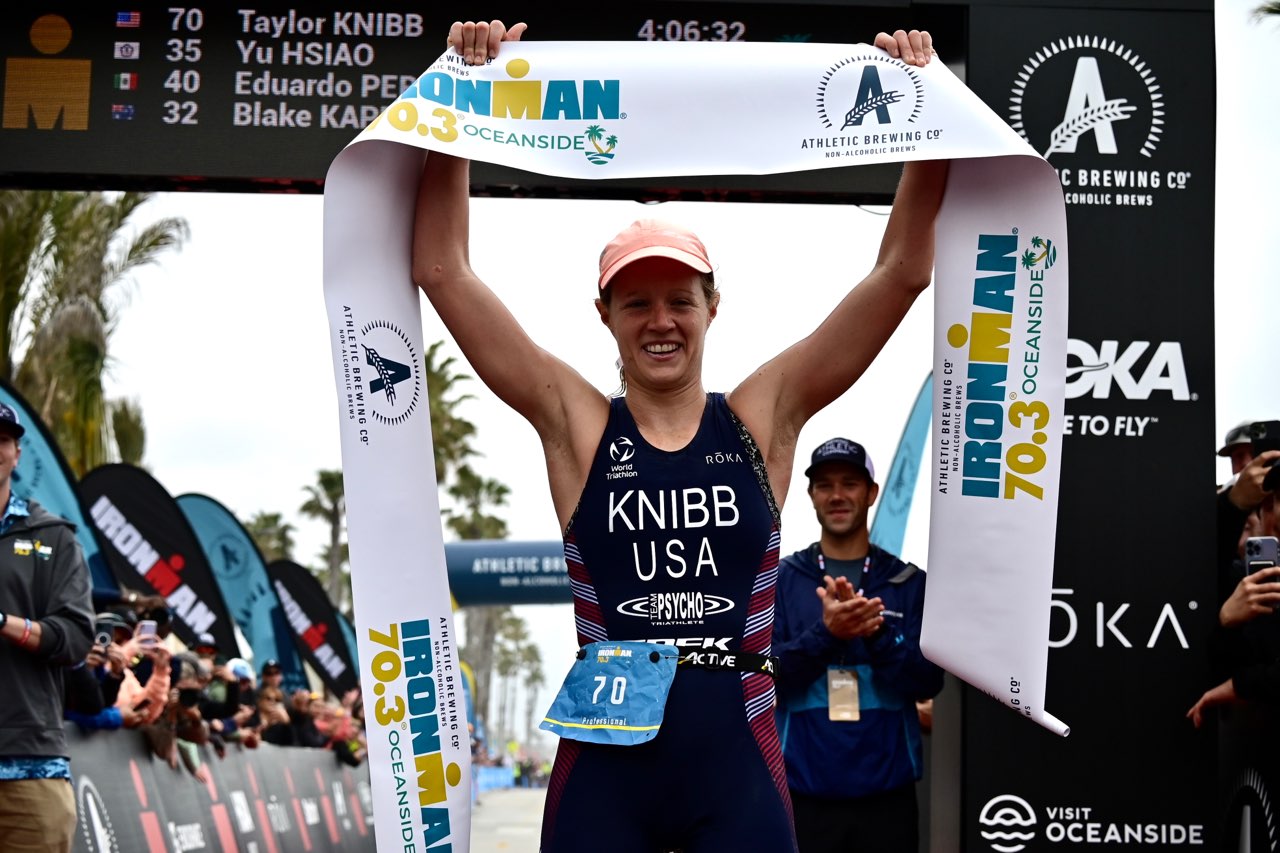 Oceanside, California and Marine Corps Base Camp Pendleton once again played host to the  IRONMAN® 70.3® Oceanside triathlon on Saturday, April 2 kicking off the 2022 North American IRONMAN 70.3 schedule. With many of triathlon’s best on hand, the event saw Jackson Laundry (CAN) overtake the field in the final half mile to win the overall race finishing with a time of 3:45:00, while Taylor Knibb (USA) provided a dominate performance in the women’s professional race finishing with a time of 4:06:32, securing her first IRONMAN 70.3 victory. The race was featured live on Outside TV, and was the first in a series of 11 IRONMAN 70.3 triathlon events from across globe to broadcast exclusively on the platform.

In a thrilling photo finish for second place, Lionel Sanders (CAN) edged out Rudy von Berg (USA) for second spot on the podium finishing less than a second behind each other with a time of 3:45:33 and 3:45:33, respectively. In the professional women’s race, Luisa Baptista (BRA) took second in 4:08:45, while Holly Lawrence (GBR) finished in third with a time of 4:09:17

The 2022  IRONMAN 70.3 Oceanside triathlon saw more than 2,600 athletes start the race. Competitors ranged in age from 18-80 years old. The event led athletes along a 1.2-mile swim, 56-mile bike and 13.1-mile run throughout Marine Corps Base Camp Pendleton and the city of Oceanside. The competition began with a beach start that saw athletes swim around and exit in Oceanside Harbor before they embarked on the single-loop bike course that ventured through the rolling hills of Camp Pendleton and San Onofre Bluffs State Park. The flat and fast two-loop run course took athletes along the scenic southern California coast before an exciting finish on two iconic Oceanside landmarks including the Strand and the Oceanside Pier. The event offered 75 age-group qualifying slots to the 2022 Intermountain Healthcare IRONMAN 70.3 World Championship presented by Utah Sports Commission in St. George, Utah, taking place on Oct. 28 & 29, 2022.