Arena Games Triathlon Singapore to be Held at Marina Bay 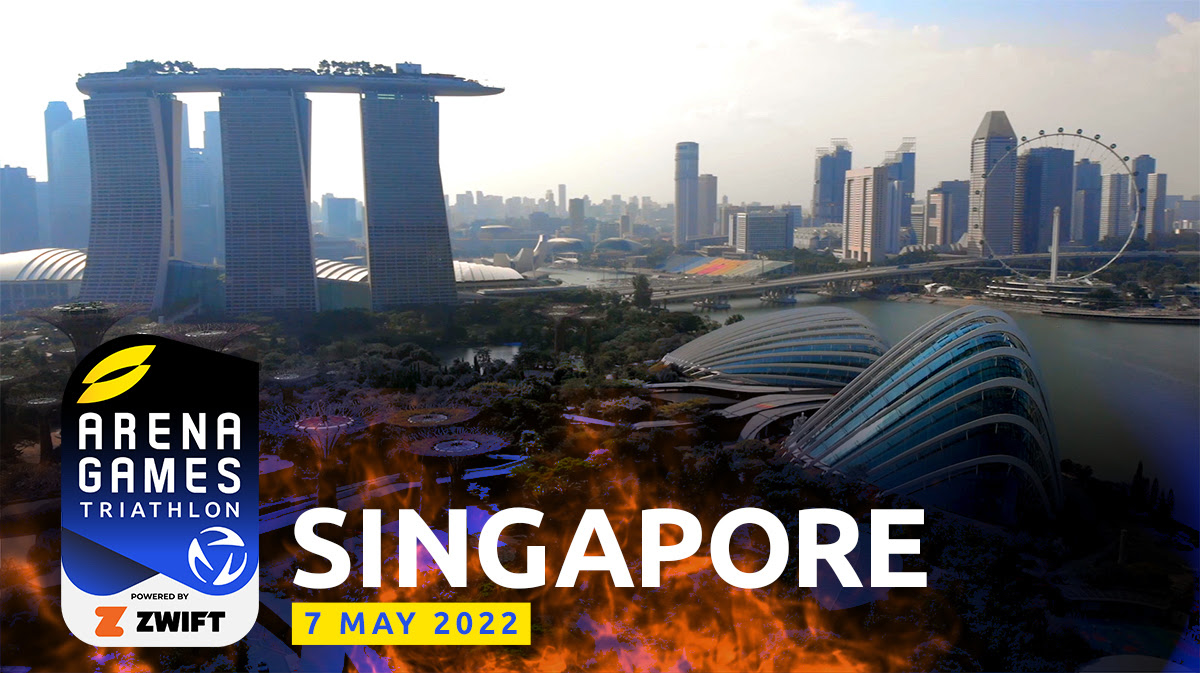 The picturesque Marina Bay area in Singapore will play host to the Grand Final of the Arena Games Triathlon powered by Zwift on 6 and 7 May, ensuring that the 2022 series closes out in style with the crowning of the first-ever triathlon esports World Champions.

The Arena Games Triathlon, a trailblazing concept by SLT, features real-life and virtual racing action with the action turned into a visual race via Zwift’s online platform. Previous iterations have all taken place indoors, but the Grand Final in Singapore will mark a first as all three disciplines will take place outdoors at Marina Bay.

The triathletes will start off with their swim leg in Marina Reservoir 1 before completing their bike and run legs on smart trainers and self-powered curved treadmills placed on the promenade of Marina Bay. The triathletes will be treated to an unparalleled view of the Singapore skyline and some of the city’s iconic landmarks as they bid for glory.

The Singapore Grand Final is the last of three events in the Arena Games Triathlon powered by Zwift World Championship series, following events in Munich – won by Beth Potter and Aurelien Raphael – and London (23 April). Each stop contributes points to the World Triathlon World Ranking, with athletes who collect the most points over the course of the series to be awarded the first-ever triathlon esport World Titles in Singapore.

CEO and co-founder of Super League Triathlon Michael D’hulst said: “This is the first time we will crown a triathlon esports World Champion with our innovative and exciting Arena Games Triathlon racing. The whole world will be watching this historic moment as the best athletes in the sport battle it out in this incredible and modern race format and I cannot think of another venue that is more befitting of hosting this Grand Final than Singapore.”

Sport Singapore CEO Lim Teck Yin said: “Hosting the Arena Games Triathlon in Singapore is a testament to our ability to stage a successful international sporting event that is safe for all participants. Super League Triathlon is a key partner and we are excited to see them blazing the trail in their field, including developing technological solutions to engage the larger community to participate in their challenges. SLT has also raised the bar by holding the finale at the iconic Marina Bay Promenade with the city skyline as a backdrop. We look forward to all participants including the pro athletes have an enjoyable race experience in the hybrid event which combines real-life and virtual racing action.”