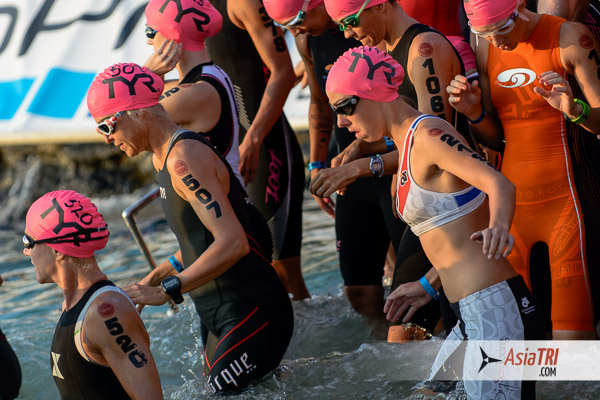 The more triathlon evolves, the wider the gap gets between training for the given distance and training for the particular athlete. A continuous and evolving need to quantify efforts, progress and work rates in numbers is interfering with primal instincts. It’s becoming the new layman approach to modern sport.Discovering ‘new concepts’ is much more feasible than micro-improving on what’s been already tried, tested and trued.

The human system continues to be dissected and used rigorously as a map for sports methodology instead of emphasizing on the triathlete’s pedigree and mind-set.

The problems with training the distance

The distance covered on race day is a clear constant but varies in duration according to the performance. It’s a generic starting point for many training programs and coaches. This evolving interest in precise, fragmented and rhythmic digits has a continuous streak of setting arbitrary expectations. The virtue of circumstances multiplied by the fact that triathlon is a complex, arduous and developing sport, makes the ability for immediate adjustments critical.Prediction should not be replaced by intuition.

Regular use of calculators and mobile phones have reduced the ability for memorization and basic thinking in modern young people. Similarly, heart-rate monitors and power meters are becoming the new tool for modern triathletes that are hasty with the process. It’s diverts the competence to follow parameters, to follow numbers.

Humans come in different shapes and sizes; each one having their own advantages and weakness. We can generally separate them into 3 scientifically correct groups: ectomorph – mesomorph – endomorph. This is a very important factor to consider when advising guidelines to athletes of all levels across different sports.It is quite clear that certain athlete’s physicality will have advantages as well to dis-advantages over other athlete’s physicality. The know-how on who needs what and when is critical for safe, consistent and long term development. Some legs are indeed better suited for a slower turn over, others for a higher turnover. There is no end-all-be-all ‘rotational rate’ for everybody and anybody to follow. Some arms will develop better by doing more of one and less of the other. Similar conditions apply for certain bodies who will require more rest, while others will naturally seize-up quicker while sedentary. Some can get away with a poor diet while others battle away for life.  Some athletes are one-speed-wonders that can go ‘all day,’ while others are un-deniably more dynamic and explosive but with less stamina.

In layman’s term, the build of an athlete’s ‘frame’ should be taken into consideration to condition his ‘engine’ the most appropriate& individualized way.

Sports science still takes very little consideration about this very important subject.  It is often a maker or breaker,both in sport and life – our natural arousal levels will define our character.

In the realm of sport, being in ‘the zone’ is a place between sedative and aggressive mood. Depending on the personality of the athlete, an emphasis on mental stimulation could get some in an optimal mind-set while the same approach could send others into over-arousal. And then vice versa, some need to be relaxed to release their best, while the same approach would send others into under-arousal and far too relaxed. On an emotional level, athletes respond differently to diverse environments – alone and in groups. Some learn better from negative feedback, while some are better driven by positive messages from their peers. We all have different inspirations and varying degrees of motivation depending on the moment.

Some athletes will require a more technical and detailed information as they need to understand before they agree to do,versus others who’ll be better engaged with a simple explanations emphasizing only a few clear facts.

Regulating the athletes mind is not done overnight or by reading a book. It must be practiced day-in and day-out over weeks, months and years. The human spirit is not tangible, thus un-quantifiable. Each positive characteristic will bring along a negative where wide range of temperaments have succeeded in sport, it is critical for a coach to understand what triggers who and when.

To conclude, the distance covered on race day over the given terrain is NOT the ultimate challenge, getting the most out of one’s self under the circumstances really is. Numbers are what athletes should look at after the effort, not during. A coach’s responsibility is to ensure a consistent physical preparation and sharp mental execution. This is best done by coherent observation & a case-by-case basis driven by experience, not theory.