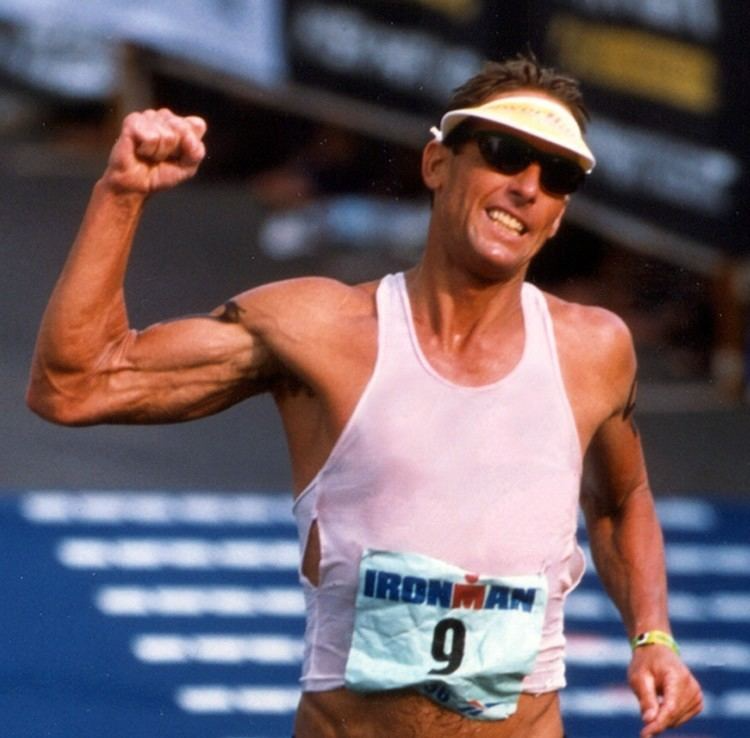 Forty Years in the making, Dave “The Man” Scott, writes that perhaps the Professional Triathletes Organisation arrived for times like these.

The Professional Triathletes Organisation was launched almost three years ago in an attempt to forge a better future for the world’s leading multisport athletes, a vehicle to help them come together and grow the profile of swim, bike and run across the globe.

The vision was clear: a more exciting spectacle, a closer affinity between athletes and fans, a broader, growing and engaged audience, and an increase in earning potential for the top performers in the world to make a fair and sustainable living.

The idea was not new. Previous generations of professional triathletes made several attempts to form a unifying body but gathering a group of highly competitive and self-interested athletes into an organization that looked to support the sport by supporting each other proved unworkable.

“Forty years ago, our generation of professionals failed the sport by its inability to unite together. It is a universal truth long recognised and recorded as far back as ancient Greece, “In unity, there is strength.” Like many universal human truths, it is easier to state than to live-up to.”

The PTO becomes a Reality…

It is one of my greatest professional disappointments that we were not able to accomplish it, which is why, with a few more wrinkles, and the odd grey hair, I was hopeful when the PTO appeared on the scene.

The vibe just seemed different, not all about getting more, but uniting to celebrate the sport. This new mantra attracted investment from entrepreneur Mike Moritz’s Crankstart Investments that positioned athletes as 50/50 partners, and now, instead of making demands from organisers, they sought to engage the community with their own event: the Collins Cup in Slovakia in May. USA versus Europe versus the Internationals. Head-to-head athletic rivalries were preparing to be stoked. Those tuning it were prepared to be stoked. Exciting times beckoned.

That vision didn’t, of course, include a pandemic, but the outbreak of Covid-19, a term familiar to a handful of scientists in February, is now in everyone’s vernacular. It hasn’t just changed the game; it’s stopped it altogether. For now.

There is no question that this is both a challenging and unsettling time. The world’s priorities are universal and rightfully set: minimise loss of life and prevent economic meltdown. Against this, everything pales. Yet however much sport is an irrelevance right now, and however much its landscape changes in our post-pandemic world, its capacity for release and inspiration in months and years to come will endure. It will be a much-needed tonic.

The coronavirus outbreak has also shone the clearest of lights on why the PTO was conceived, and why it is so timely that the organization has come to fruition in its current form. While not alone among the workforce, the trade of the professional triathlete has been decimated, almost overnight. All racing is cancelled and, with it, earning capacity immediately lost. It’s a tumble-down effect. Sponsor contracts regularly comprise a lion-share of bonuses from racing – no podium equals no pay – and there is the threat, already a reality in some quarters, of sponsorship deals being cancelled as brands curtail marketing spend. Race operators and directors have not provided any assistance, and the plight of the pro has unravelled from self-employed to unemployed, with no notice, no unemployment benefits, and many with little savings.

The PTO acted swiftly and decisively to fill the void. Its pledged $2,000,000 bonus payment to the top 100 female and 100 male triathletes in the year-end rankings was increased to more than $2,500,000, brought forward and paid immediately. The additional funds have been provided to triathletes ranked 21 to 100 to afford financial breathing space and ease cash flow concerns. It amounts to more 50% of the annual prize money available from IRONMAN.

Now, what is the next move? In these uncertain times, what value can a professional triathlete add? How can they help one another? The wider sporting community? While the phrase “we are in unprecedented times” certainly appears to be overused, that does not make it any less true. The Covid-19 pandemic has now caused untold damage to many communities and has brought the professional side of some of the lesser established sports to the brink of extinction. For triathlon, 2020 has been a complete write-off, and 2021 looks equally uncertain for a sport based on mass participation. Can a sport like professional triathlon, which was already in decline with prize purses decreasing over the last few years, survive in this new reality?

Whilst I Breathe, I Hope…

The motto of the PTO is the Latin phrase ‘Dum Spiro, Spero’, which translates as ‘Whilst I breathe, I hope’. When the world is in the grip of a respiratory virus it has added, if unintended, resonance. Instilling hope for triathletes the world over now becomes far more than a slogan. With prize money in triathlon tailing off year-on-year, greater financial remuneration was a cornerstone of the PTO’s formation, but this collective resolve now needs to be harnessed for a wider purpose—survival.

The ethos of the PTO is also to be stronger together. The organization’s initial analysis of how the status quo was failing triathlon contrasted how other sports, such as golf and tennis, successfully evolved only when the professionals united, and stayed united. In another bold stroke announcing its intention to take triathlon to the next level, the PTO has appointed Chris Kermode, former head of the Association of Tennis Professionals, as its Vice Chairman. As Chris commented on his appointment, “the greatest asset of an organization of professionals is unity and the greatest enemy is divisiveness.” Wise words from an experienced sports executive.

“The PTO looks to see what they can achieve together for the greater good of all who love the sport. The survival of professional triathlon may very well depend on it.”

Forty years ago, our generation of professionals failed the sport by its inability to unite together. It is a universal truth long recognised and recorded as far back as ancient Greece, “In unity, there is strength.” Like many universal human truths, it is easier to state than to live-up to. The PTO’s immediate need was to support professionals whose livelihoods were being decimated by Covid-19 and who had nowhere else to turn. Now the PTO looks to see what they can achieve together for the greater good of all who love the sport. It is a joy to see them united and my hope is they remain united in these difficult times. The survival of professional triathlon may very well depend on it.