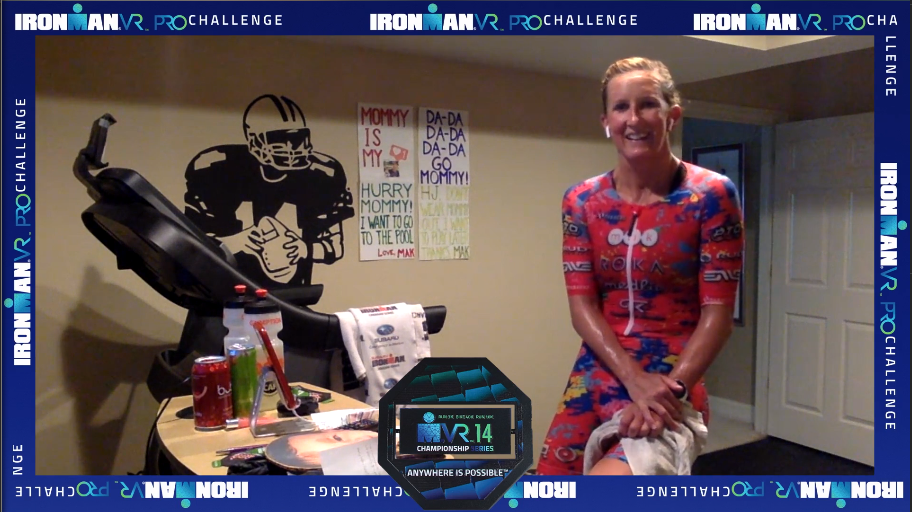 – Over 11,000 athletes from 126 nations registered to compete in IRONMAN VR14, a triple division format

– More than 1,100 age-group athletes registered to compete in the second edition of the four-week long HOKA ONE ONE IRONMAN Virtual Racing Championship Series

– More than 111,000 people from around the globe have now joined IRONMAN Virtual Club platform

TAMPA, Fla. (July 11, 2020) – The 14th edition of the HOKA ONE ONE IRONMAN® VR™ Pro Challenge saw Meredith Kessler of the United States and Denmark’s Miki Mørck-Taagholt take top honors in the professional women’s and professional men’s races, respectively. The field of professional triathletes returned to the virtual start line for a 3 km run in their home communities before hopping on their trainers for the bike race. From there, athletes took on a 40 km ride on a portion of the newly offered IRONMAN 70.3 Chattanooga bike course, utilizing Official Virtual Cycling partner ROUVY’s augmented reality.

The full broadcast of the men’s HOKA ONE ONE IRONMAN VR14 Pro Challenge can be viewed HERE.

On Saturday, the professional women went head-to-head in one of the tightest IRONMAN VR Pro Championship races yet this season, in which 11-time IRONMAN champion and 21-time IRONMAN 70.3 champion Meredith Kessler (USA) came up victorious with an overall finishing time of 1:09:48. Helen Jenkins (GBR), one of Great Britain’s most celebrated triathletes, finished in second place with a combined time of 1:11:26. In their first HOKA ONE ONE IRONMAN VR Pro Challenge appearances, two-time IRONMAN champion Mareen Hufe (DEU) closed in on Jenkins, but ultimately fell short as she took third position with a finishing time of 1:11:37, while multi-IRONMAN 70.3 winner Haley Chura (USA) rounded out the group with a time of 1:13:16.

The full broadcast of the women’s HOKA ONE ONE IRONMAN VR14 Pro Challenge can be viewed, HERE.