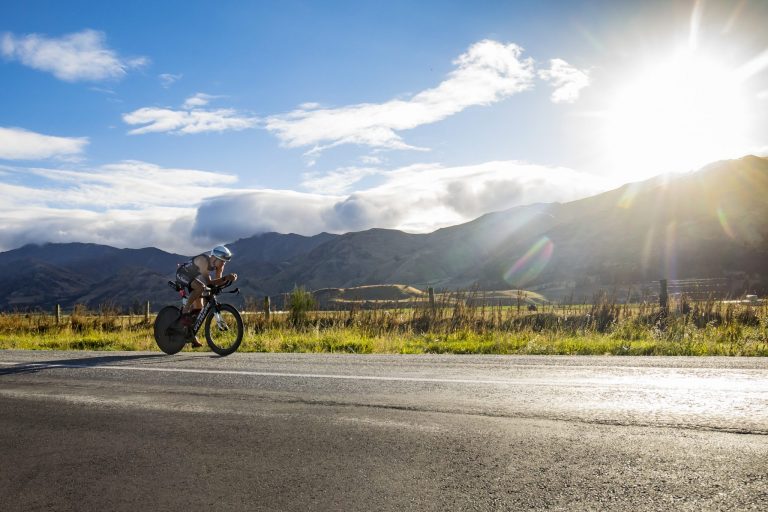 Integrity Homes CHALLENGEWANAKA is excited to announce a star-studded line up of professionals competing at the Asia Pacific Championships in Wanaka on the 15th of February 2020. The race has always been a highlight on the calendar for many Kiwi and International professional triathletes and this year is no different. The middle-distance race will be the third CHALLENGEFAMILY Asia Pacific Championship and the 14th Integrity Homes CHALLENGEWANAKA event.

Radka Kahlefeldt (Czech Republic) will be competing for the first time in Wanaka and is the 2019 CHALLENGEFAMILY World Bonus winner. She is known on the triathlon circuit for her speed and endurance on course. Lisa Roberts (USA) is a six time iron-distance champion and has been a professional triathlete for 11 years. Rachel McBride (Canada) aka. the “Purple Tiger” is a three-time 70.3 Champion, Federica De Nicola (Italy) and Courtney Gilfillan (Australia) round out this diversely international field. “I am excited to come and race Integrity Homes CHALLENGEWANAKA for my first time. I have heard incredible things about this race and its scenic swim bike and run course. I am excited for the off road running and the hills. This is an event I have always wanted to be a part of. I am eager to see the countryside and start my year racing in this beautiful place,” said Courtney Gilfillan.

Men’s field
New Zealand‘s Braden Currie (Wanaka) has confirmed he will be defending his 2019 title. Braden is one of the most respected names in the world of multisport, triathlon and adventure racing. Not only is he the 2019 Integrity Homes CHALLENGEWANAKA Champion, he won the Ironman Asia Pacific Championship in 2019 and looks to repeat with the Challenge Asia Pacific Championship this year, as well as coming 7th in Kona last year.

Coming from across the ditch to battle it out with Currie are Australian professional triathletes Matt Burton (3rd in 2019), Steve McKenna and Levi Maxwell. Matt Burton recently placed 2nd at Ironman Western Australia and is an athlete to keep your eye on. Matt has won the Age Group (18-24) at Kona and in his relatively short yet accomplished professional career has boasted an full distance PB of 7 hours 55 minutes and a Half Distance PB of 3 hours 42 minutes.

Steve Mckenna is coming off the back of an incredibly strong 2019, in which he won three of the CHALLENGEFAMILY Triathlon Events: CHALLENGEISKANDAR-PUTERI , CHALLENGEVIETNAM and CHALLENGEGUNSAN-SAEMANGEUM , as well as second place in CHALLENGECAPE TOWN and CHALLENGEANHUI.

Levi Maxwell has only been a professional triathlete for 15 months, but in that time has stood on 10 podiums, including four CHALLENGEFAMILY  podiums. From further afield Joe Skipper (Great Britain) 2019 Florida Ironman record winner will be returning to Wanaka to compete in the Integrity Homes CHALLENGEWANAKA. “I love being in Wanaka as it’s a great place, the race is a really honest course as well which suits a strongman where the best athlete on the day is sure to come out on top”, said Skipper.

Dylan McNeice (Christchurch) is another top Kiwi triathlete who will be competing on the 15th of February. Dylan was the winner of the 2013, 2014 and 2015 Integrity Homes CHALLENGEWANAKA and has finished just off the podium every other time he has competed in the race. Rounding out the trio of male professional Kiwi Triathletes competing is Jack Moody (Auckland). Jack has been competing professionally in triathlon since 2018. Although he is the youngest of our Kiwi professional athletes competing, he is just as much of a podium contender as Currie and McNeice. Jack finished in fourth place at the 2019 Integrity Homes CHALLENGEWANAKA and had the fastest run split of the day.