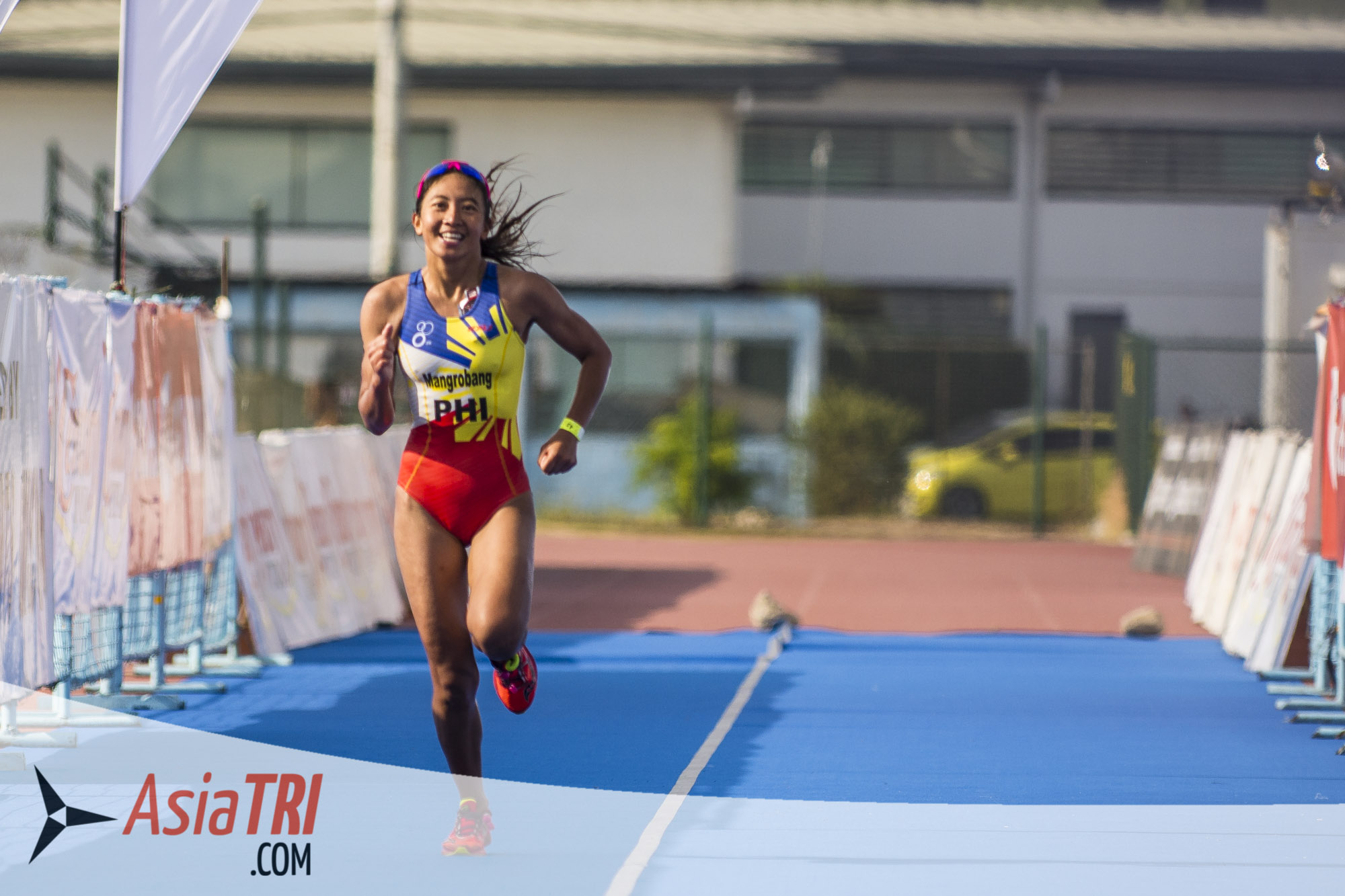 There is no denying that Kim Mangrobang of the Philippines is at a different level when it comes to elite women triathlon in Southeast Asia.  Her 2:11:14 golden winning time in the 2017 Kuala Lumpur SEA Games was 7 minutes and 44 seconds clear of 2nd and a whopping 14 minutes and 30 seconds from third.

Mangrobang biggest threat for gold could be her fellow teammate in the Philippines, Kim Kilgroe.  In last year’s Asian games in Palembang, the Kims both landed in the top 10; Mangrobang finishing at 7th and Kilgroe at 9th and were 1 minute 37 seconds apart.  That was an impressive showing by both contenders from the Philippines who battled the triathletes from Asian powerhouses like China, Japan, Korea and Hong Kong.

Looking at the Startlist for this year’s event, only the pair from the Philippines competed at the Palembang games.

Here is a recent result from the 2019 Subic Bay ASTC Triathlon Asian Cup which included elite triathletes from Singapore and Thailand.

Kim Mangrobang is the most experienced and  highest ranked  in terms of ITU World Ranking at 104 with 58 starts, 7 podiums and 2 wins.  Kim Kilgroe is at 176 ITU world Ranking with 31 starts , 2 podiums and 1 win.   In terms of experience in ITU racing circuit, Ethel Lin of Singapore has 17 starts, Shuwen Chang (SGP) and Chen yin Yang (MAS) with 9 starts, and Thipsuda Kammee with 5 starts.