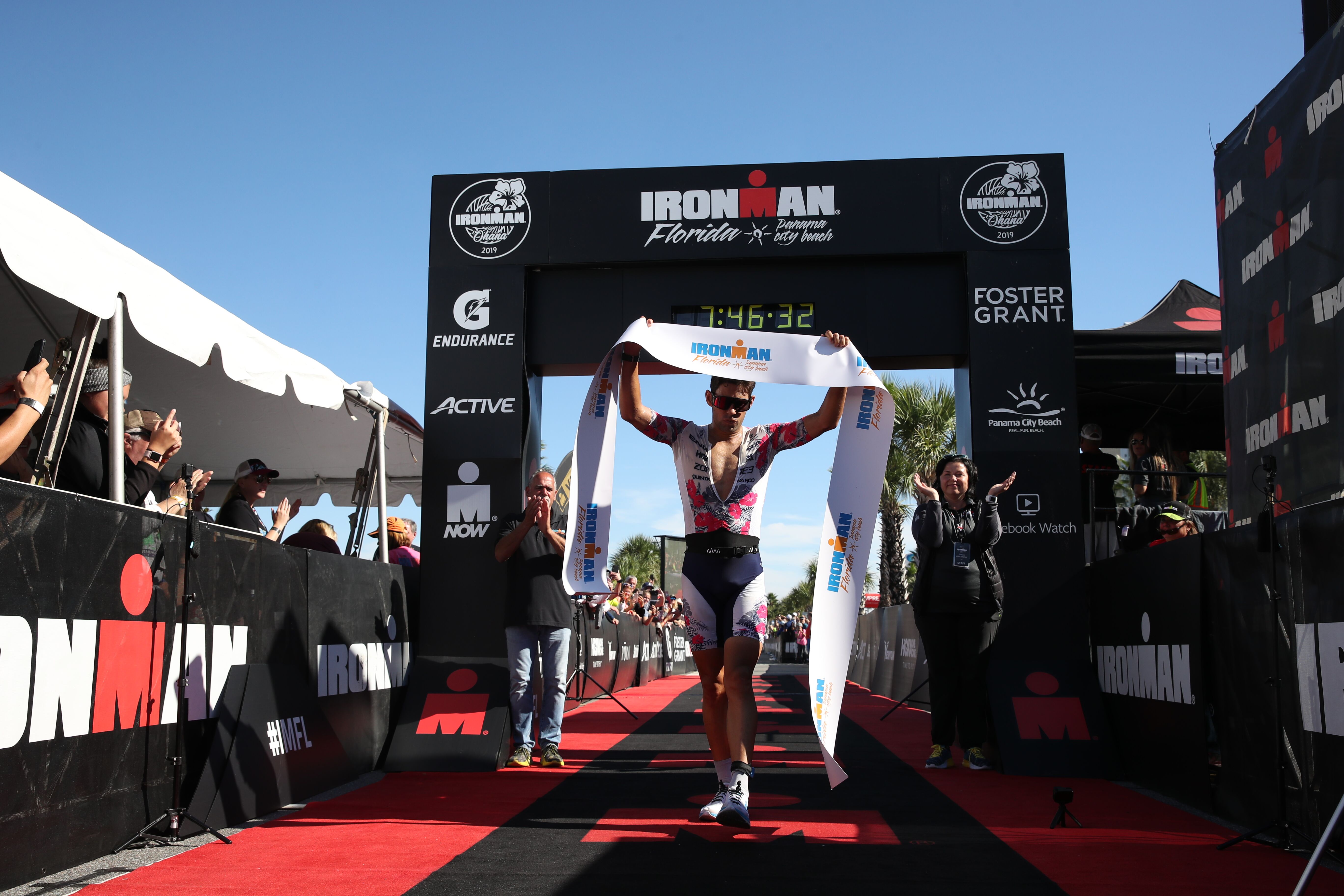 PANAMA CITY BEACH, Fla. (November 2, 2019) – Panama City Beach provided a revitalized backdrop for athletes from around the world on Saturday as they swam 2.4-miles, biked 112-miles and ran 26.2-miles through Northwest Florida at the 21st edition of the IRONMAN® Florida triathlon. Joe Skipper (Great Britain) and Jacqui Giuliano (Cary, Ill.) took the top honors with finishing times of 7:46:28 and 9:21:17, respectively. The 2019 edition marked the event’s return to Panama City Beach after the effects of Hurricane Michael forced the relocation of the event to Haines City, Fla. in 2018.

Rounding out the men’s professional podium was Ben Hoffman (Boulder, Colo.), who came in second with a finishing time of 7:48:29 and Andrew Starykowicz (Wauconda, Ill.), who posted a 7:56:32 finishing time that was good for third place. Hoffman’s run split of 2:36:09 set a new IRONMAN Florida course best. On the female age-group side, Ashley Lasalle (New Iberia, La.) took second in 9:30:29, while Katie Colville (Decatur, Ga.) finished in third with a 9:44:09 performance.

With a fun weekend of racing helping to revitalize the community, IRONMAN and the IRONMAN Foundation activated humanitarian relief efforts in response to Hurricane Michael. In total, the IRONMAN Foundation committed nearly $300,000 in charitable giveback to the Panama City region, marking the largest single giveback in IRONMAN Foundation history. The weekend’s festivities began on Thursday, Oct. 31 at the Welcome Banquet when country music artist and IRONMAN athlete Ryan Kinder performed a Concert for Relief, hosted by the IRONMAN Foundation. Kinder, as well as other IRONMAN staff, volunteers, and athletes also helped build 130 bikes for kids in the region, and will continue relief efforts on Sunday, Nov. 3 as they prepare to rebuild four homes and two community spaces that were damaged by Hurricane Michael.

Earlier this week, IRONMAN and local city officials announced a multi-year partnership with Visit Panama City Beach serving as the title sponsor for the IRONMAN Florida triathlon. One of the longest running events in the North American circuit, IRONMAN Florida is known for its fat and fast courses that gives athletes a shot at posting personal best times with beautiful beach surroundings.

The 2019 IRONMAN Florida triathlon saw nearly 2,500 athletes representing all 50 states and 64 countries, regions, and territories states start the race. One of more than 40 events in the global IRONMAN Series, the 2019 IRONMAN Florida triathlon led athletes along a 2.4-mile swim, 112-mile bike and 26.2-mile run throughout Bay County and its surrounding areas. The swim took place in the waters of the Gulf of Mexico, while the one-lap bike course wound through the scenic flat surfaces of Bay County. The two-loop out and back run course took athletes along the shoreline and up to St. Andrews State Park, an athlete favorite that provided scenic wildlife and ample shade. Following the final turnaround, athletes finished up where their journey began at the boardwalk beach resort. The event offered 40 coveted age-group qualifying slots to the 2020 IRONMAN World Championship, taking place annually in Kailua-Kona, Hawai`i.

Full results for the IRONMAN Florida triathlon can be found at www.ironman.com/triathlon/events/americas/ironman/florida/results.aspx.