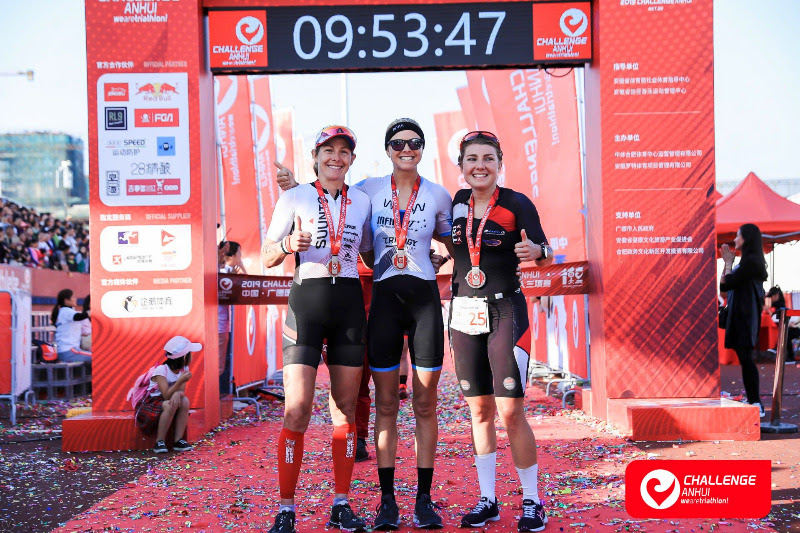 The first ever CHALLENGEFAMILY race in Mainland China kicked off on October 20, in the relatively small land-locked province of Anhui. Located in an area famous for international cultural tourism and spectacular scenery of mountain ridges and lakes, the 2019 CHALLENGEANHUI welcomed around 1.200 triathletes from 20 counties and 28 inland provinces.

The event held both Full and Middle Distance races, and began with a swim in the scenic urban Wuliangxi River, followed by a bike course through bamboo forests and alongside clear lakes to the newly transformed city of Anhui. The flat run course in downtown Anhui rounded up the race, where an enthusiastic local audience was waiting to applaud and cheer everybody home.

To increase the popularity of this event, a 12-hour live TV broadcast, webcasting and online photo streaming were introduced. An incredible 6.8 million likes were received during the webcasting.

In the men’s professional race, two Australian athletes claimed the top two places. Levi Maxwell claimed victory in a time of 8:08:41, followed by Steven McKenna, who crossed the line after 8:17:27. Thomas Davis from Great Britain came third, 28 minutes behind the winner.

In the women’s professional race and in a time of 9:14:06, it was the Australian Meredith Hill who had the edge on this year’s CHALLENGETAIWAN Champion, Lisa Roberts from America, who followed in a time of 9:24:00. The Swiss athlete Joanna Ryter finished third after 9:44:51.

CHALLENGEANHUI 2019 will undoubtedly hold a special place in Chinese triathlon history, not just because it was the first 226K Full Distance triathlon for a long time in Mainland China, but also the strategic significance of China’s incorporation into CHALLENGEFAMILY’s race network.

Ironman Performance - The mix and pacing in training