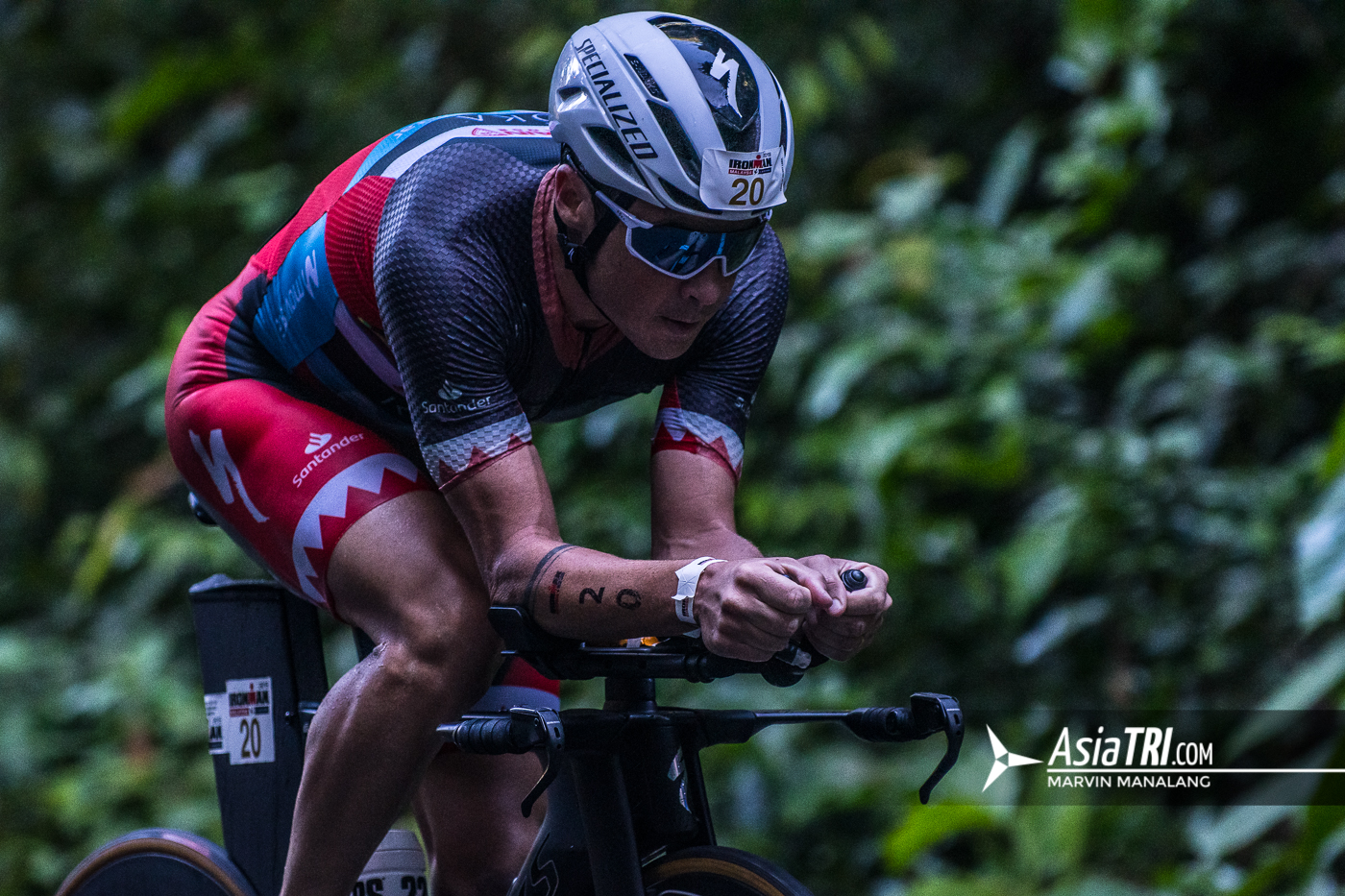 ANGKAWI (26 OCTOBER 2019): Javier Gomez cemented his status as one of the greatest triathlete in history after shattering the course record to clinch the 2019 IRONMAN Malaysia title in emphatic fashion. Switzerland’s Philipp Koutny finished behind him in 8:24:18, while Brazil’s Thiago Vinhal took third place with an 8:31:15 finish.

A history-making day also witnessed Netherland’s Tessa Kortekaas winning the women’s elite category in 9:43:20 in her first year as a professional.

The 36-year-old Gomez was delighted to secure his first IRONMAN title under scorching conditions.

“It’s great, it’s my first IRONMAN win! It was a tough race, it was sunny all the time and the temperatures were high,” said Gomez. “I had to give my best because Philipp (Koutny) did an amazing job on the bike. I had to catch him, and take some risks at the beginning of the run, but luckily I could keep up and take the win.”

Gomez was the marquee name in the 26-man professional field, and he lived up to his reputation with a powerful swim in the waters of Pantai Kok, to emerge the first man out in 47:17s. Gomez put a 1 min 51 seconds gap between him and defending champion Daniil Sapunov after the completion of swim to bike, with Guillaume closing in. But Koutny emerged a contender at the 30km mark along with Guillaume to trail Gomez by two minutes, as the race intensified into the rolling hills among the villages around Datai.

The 75km mark signalled the first turning point of the race when Koutny overtook Gomez for the lead.

The Swiss was already showing glimpses of his talent with a big bike performance in Hawaii two weeks ago, seeing him through a Top-10 Finish at the IRONMAN World Championship.

But Gomez upped the ante in the 42-km run, shaving off Koutny’s 5:30 advantage to just 25 seconds after 26 kilometres, and regained his lead through 33km to finish in sensational fashion.

“I set my pace, and I kept my nutrition by eating and drinking. It was difficult because I was struggling in the last six or seven km, but I’m happy to have crossed the finish line.”  The 2012 Olympics silver medalist plans to use this win to prepare for the 2020 Olympics in Tokyo, Japan.

“I raced well in the heat which is important to me. Now is time to take a break for the offseason. I will prepare for Tokyo after that.”

Gomez also earned an automatic slot to the 2020 IRONMAN World Championships in Kona, Hawaii next year.

Kortekaas, meanwhile, was coming to terms to digest a monumental victory in her first year as a professional female athlete. “It’s not easy, not many professionals will reach this goal in the first year. I cannot believe it, I have no words,” said the former age-grouper world champion. “I trained super hard for this. I had a great swim, bike was good, but the last 50 km was so hard and I was suffering. It’s going to take a long time before I believe this has happened.”

The 2019 IRONMAN Malaysia started off with an open water swim start from the picturesque white sandy beach of Pantai Kok with a two-loop triangle out and back course. The athletes followed with a two-loop bike course heads out of Pantai Kok on to a clockwise loop from towards the rolling hills of Datai and the fringes of Kuah Town.

Returning from the bike route, athletes made their changeover on to the run course through a unique indoor air-conditioned transition at the Mahsuri International Exhibition Center (next to the airport). The 2.5 lap run course fulfilled the promise of an amazing scenic run beside the Langkawi International Airport towards the finish line at the stunning Cenang beach.