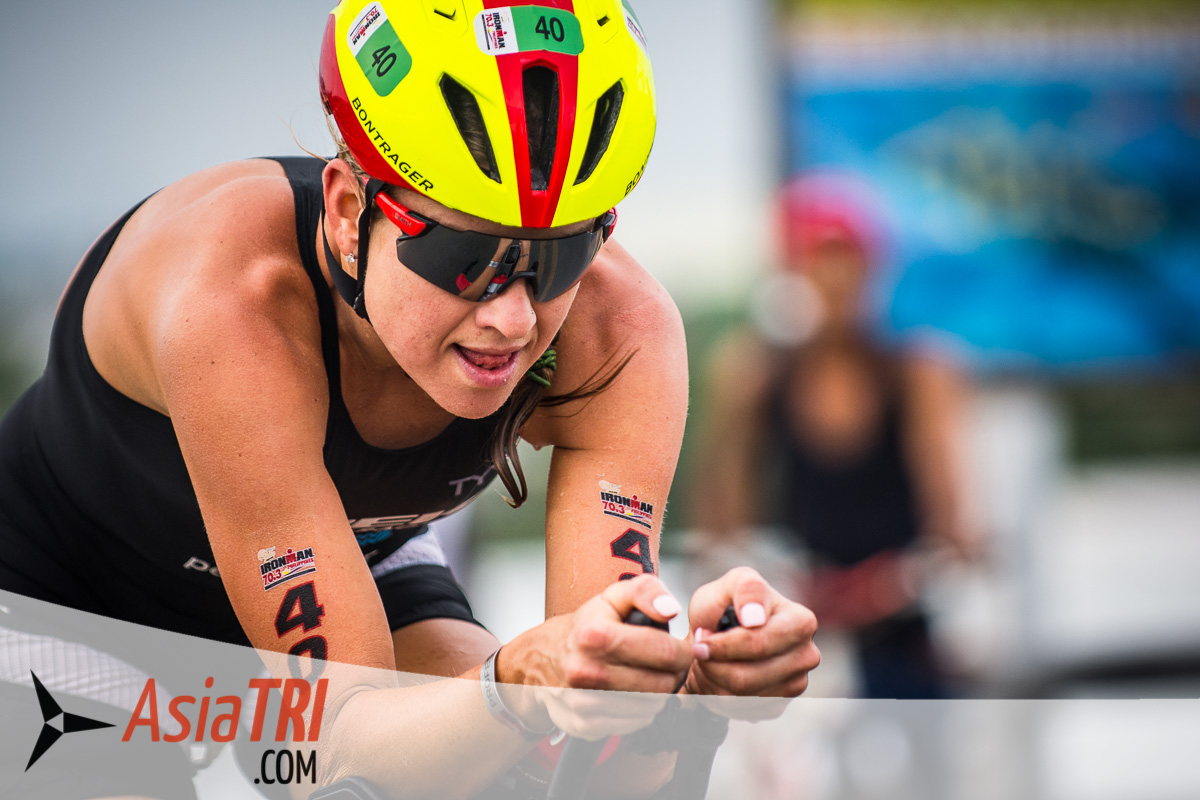 USADA announced today that Lauren Goss, of Boulder, Colo., an athlete in the sport of triathlon, has accepted a six-month suspension for an anti-doping rule violation.

Goss, 31, tested positive for 11-nor-9-carboxy-tetrahydrocannabinol (Carboxy-THC), a urinary metabolite of Δ9-tetrahydrocannabinol (THC), the main psychoactive constituent of cannabis, marijuana and/or hashish, above the urinary Decision Limit of 180 ng/mL, as the result of a urine sample collected in-competition at the Escape from Alcatraz event on June 9, 2019. Cannabis, marijuana and hashish are Specified Substances in the class of Cannabinoids and are prohibited in-competition under the USADA Protocol for Olympic and Paralympic Movement Testing, the United States Olympic and Paralympic Committee National Anti-Doping Policies, and the International Triathlon Union Anti-Doping Rules, all of which have adopted the World Anti-Doping Code and the World Anti-Doping Agency Prohibited List.

Goss explained that her positive test was caused by a topically-applied THC-infused salve that she was using to treat a musculoskeletal injury shortly before competition and was told was a cannabidiol (CBD) product. Goss accepted a six-month period of ineligibility that began on June 9, 2019, the date her positive sample was collected. In addition, Goss has been disqualified from competitive results obtained on and subsequent to June 9, 2019, including forfeiture of any medals, points and prizes.

Athletes are advised that all natural and synthetic cannabinoids, except CBD, are prohibited in-competition. There may be some products on the market that add CBD to a food or label CBD as a dietary supplement. Under US federal law, it is currently illegal to market CBD this way. Even products that claim to be pure CBD extract or oil from the cannabis plant have traces of THC or other cannabinoids. Thus, a consumer who buys a CBD oil, extract, or other CBD product should be aware that there is a high likelihood it is a mixture of CBD and other prohibited cannabinoids, such as THC. Therefore, the use of a CBD product that claims to contain trace amounts of THC, may in fact contain higher THC concentrations, which may result in an anti-doping rule violation if carboxy-THC is present in an athlete’s urine over the Decision Limit in a sample collected in-competition. USADA cannot predict the levels for any substance for any particular individual.

In addition, consumers should also be aware of recent changes to federal law and FDA regulations on cannabis and cannabis-derived products to protect themselves from illegal products and therapeutic claims. Unlike drug products approved by the FDA, unapproved CBD drug products have not been subject to FDA review as part of the drug approval process, and there has been no FDA evaluation regarding whether they are safe and effective to treat a particular disease, what the proper dosage is, how they could interact with other drugs or foods, or whether they have dangerous side effects or other safety concerns.

In an effort to aid athletes, as well as support team members such as parents and coaches, in understanding the rules applicable to them, USADA provides comprehensive instruction on its website on the testing process and prohibited substances, how to obtain permission to use a necessary medication, and the risks and dangers of taking supplements, as well as performance-enhancing and recreational drugs. If athletes choose to use supplements despite the known risks, USADA has always recommended that athletes use only dietary supplements that have been certified by a third-party program that tests for substances prohibited in sport. USADA currently recognizes NSF Certified for Sport® as the program best suited for athletes to reduce the risk from supplements.

This media release was published by the US Anti-Doping Agency (USADA) on 5 September 2019. Click here for the original.

How to Get into Kona: Ironman Officially Maps out Ways
March 9, 2017
Posting....