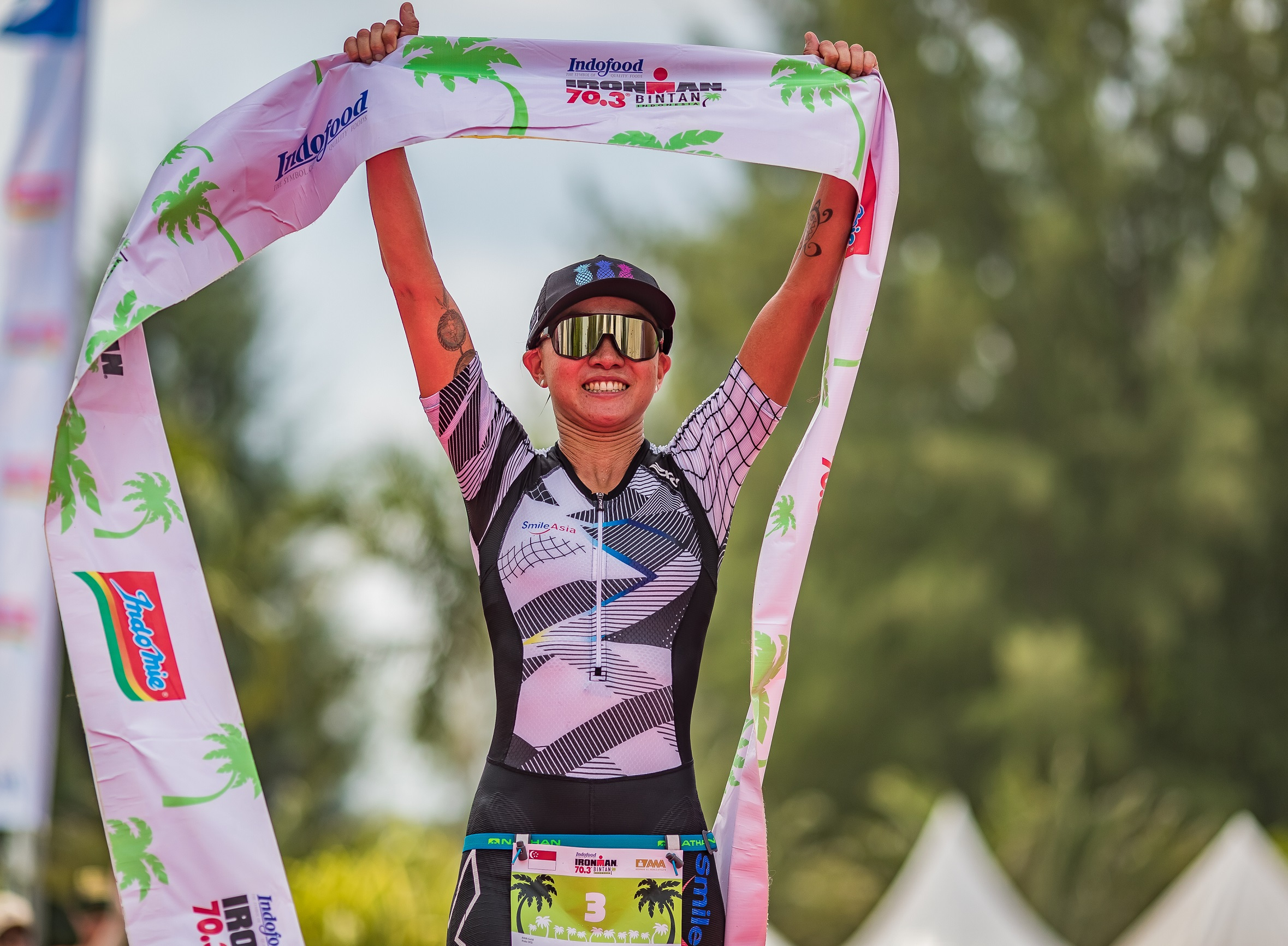 Bintan island basked in a triathlon glow last Sunday as 1100 athletes hit the picture-perfect water for the fifth edition of Indofood IRONMAN 70.3 Bintan.

Tamas Gabe from Hungary was the first leader of the day with the fastest swim split of 27 minutes 16 seconds and a 2-minute advantage over Biten Singh Laikhuram from India. Gabe and Laikhuram were caught early on the bike by a trio of strong cyclists, consisting of Wissum, USA’s Nikolaj Jenkins and ex-professional cyclist Brandon Vesty from New Zealand. At the end of the bike phase Wissum had a 3-minute lead over Vesty and Jenkins, who was a further minute down. Wissum then secured his win with a 7-minute margin over Australia’s Mark Oakshott, who ran himself to second place with the fastest run split of the day. Australian Luke Jones overtook nearly a dozen runners on the half marathon to claim place of the overall podium.

Wissum summarized his experience: “It’s unbelievable. I’m very proud to have finished first here. This bike course is much harder than Kona. All the people out on the course were cheering. The volunteers and spectators were amazing.”

The women’s race started off with a bang, as three women beat all men out of the water except for one. Australians Steph Barrett, Rosie McGeoch and Estonia’s Merle Talviste started the bike with a two-minutes 50 seconds lead on Singapore’s favourite, Choo Ling Er. During the bike Choo replaced Barrett in the lead trio that built a big lead on the rest of the field. McGeoch led out on the run, but was soon caught by Choo and eventually also by Talviste three kilometers before the finish.

Bintan being a race closed to Singapore, it felt like Choo Ling Er’s home race. “I wanted to do well, because a lot of friends and fellow Singaporeans were taking part and cheering me on along the route. Bintan has a challenging and honest bike course that suits me and is good preparation for the IRONMAN World Championships in October. It was also great being treated like a pro.”

The 2019 Indofood IRONMAN 70.3 Bintan was not just about the elite amateurs. 1,100 amateur athletes braved the scenic but challenging course, each with their own story and personal goals, showing the true IRONMAN spirit.

Garth Barfoot, 83 years of age, received a spontaneous ovation when he crossed the finish line and once again when fellow athletes stood up as he entered the recovery area.

Other inspirational stories were provided by Imtiaz Ilahi and Ali Al-Moulah. Ilahi was left with several broken vertebras after a parachute accident, but defies medical logic by competing in long distance triathlons. Al Moulah fought back from obesity at 21 years, losing 50kg in 1.5 years by taking up triathlon and finishing IRONMAN 70.3 Bintan.

In a fitting climax to the weekend, 60 athletes walked away with a precious qualifier medal to the IRONMAN 70.3 World Championships in Taupo, New Zealand. Their IRONMAN journey continues.

GTN: How To Treat & Prevent Cramp | Stop Muscle Pain In Your Next Triathlon