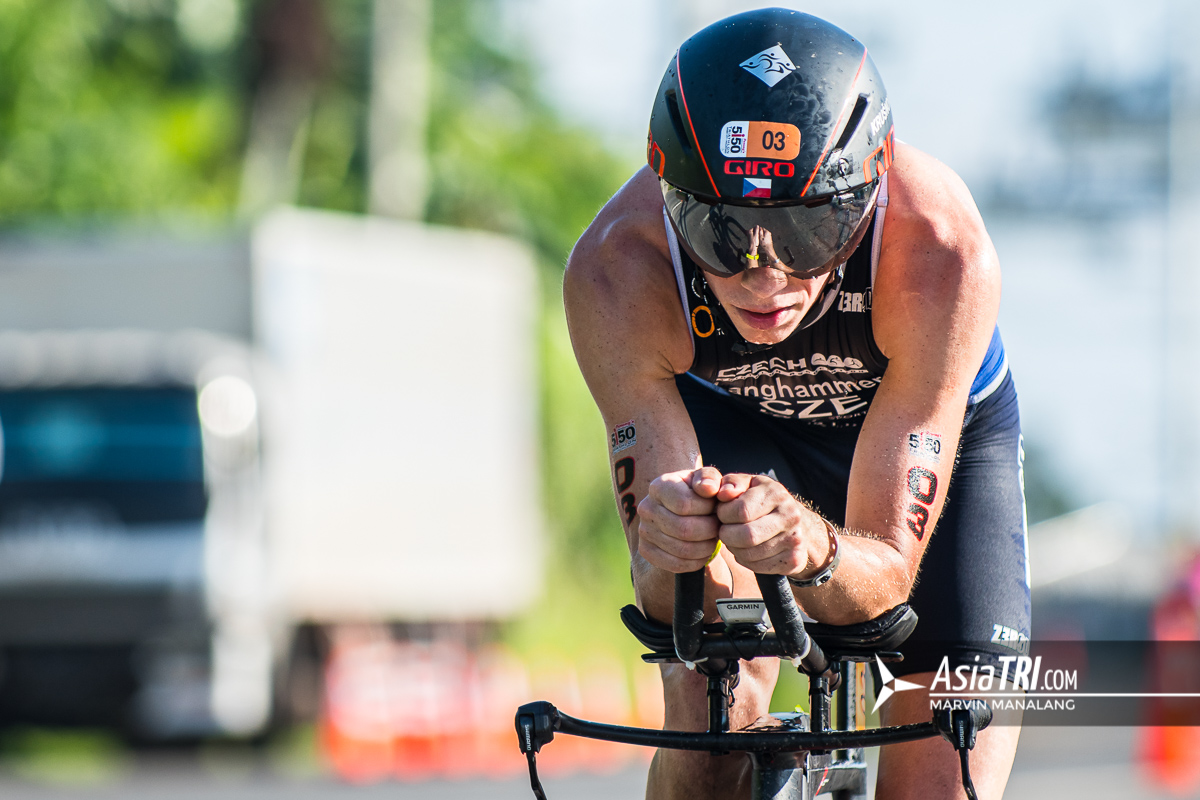 With a standard distance race turned in to a duathlon due to water safety concerns, Jakub Langhammer of Czech Republic and Aussie Dimity-Lee Duke win the elite titles at the inaugural Penong’s 5150 Davao in southern Philippines. Langhammer grabs his first title as a professional elite, finishing in 1 hour and 46 minutes, a 3 minute and 58 second victory over Kiwi Kieran Mcpherson.   Aussie Mitch Robins finished in 1:53:07 to complete podium spots.

In the first leg run of 2.5kms, a group of five composed of Langhammer, Mcpherson, Robins, Chicano and young Filipino elite Andrew Remolino went into T1 together at 7 minutes and 59 seconds.  The group stayed together in the first 10 kms of the bike leg, before Langhammer was able to grab the lead, and made a race-deciding breakaway move from the lead pack.   Langhammer posted the race-best bike split of 57 minutes and 29 seconds and was the only finisher to go under 1 hour in the 40km bike leg.  Langhammer’s 2nd best 10km run split of 37:23 will be enough to secure a dominating win.   Mcpherson posted the day’s best run split at 36:54.