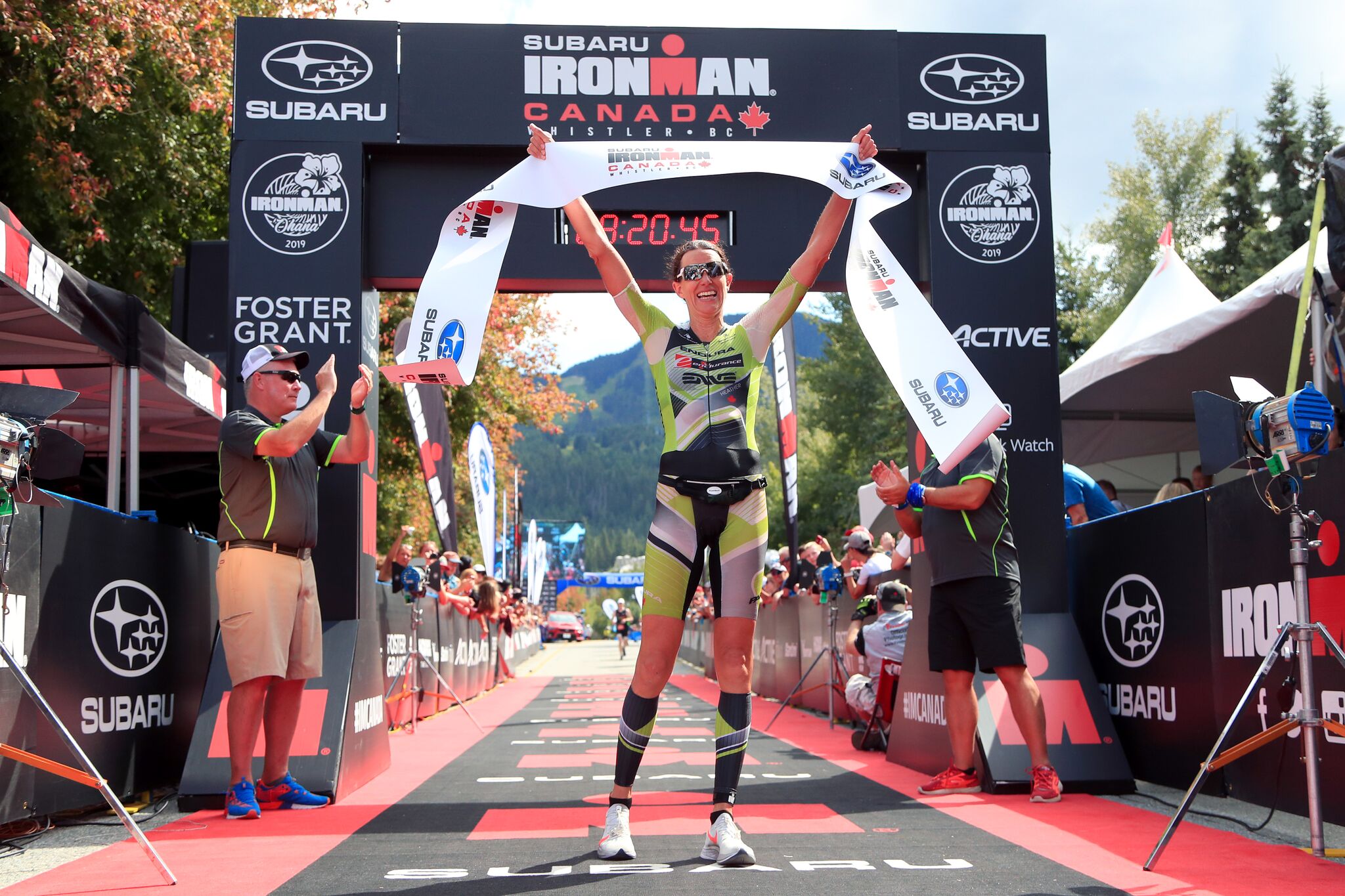 WHISTLER, B.C. (July 28, 2019) – Whistler Valley provided a beautiful backdrop for athletes from around the world during at the 2019 Subaru IRONMAN® Canada triathlon. Heather Wurtele (Kelowna, B.C.) finished with top honors with a finishing time of 9:20:41, while Jen Annett (Penticton, B.C.) and Kelsey Withrow (Walnut Creek, Calif.) rounded out the podium with times of 9:27:43 and 9:38:28 respectively.

The 2019 Subaru IRONMAN Canada triathlon led athletes along a 3.8-km (2.4-mile) swim, 180-km (112-mile) bike and 42-km (26.2-mile) run throughout Whistler and the surrounding areas. The swim took athletes on through two loops in Alta Lake. The new two-loop course took athletes from the shores of Alta Lake to the top of the Whistler Olympic Park in Callaghan Valley. This year the athletes traveled further south down the Sea-to-Sky highway, enjoying views of Black Tusk and the surrounding mountain ranges before making their return back to Whistler to begin their second loop. The two-loop run course followed the meandering Valley Trail past Lost Lake and Green Lake with a return through Whistler Village at the halfway point of the run. The event offered a total female professional prize purse of $40,000 and 40 age-group qualifying slots for the 2019 IRONMAN World Championship, taking place in Kailua-Kona, Hawai`i on October 12, 2019.

In 2020, Subaru IRONMAN Canada will make its return to Penticton, British Columbia after seven wonderful years in Whistler. Penticton first hosted a full-distance IRONMAN triathlon from 1983 to 2012 and will host the event with its return on August 30, 2020.

Full results for the 2019 Subaru IRONMAN Canada triathlon can be found at:
www.ironman.com/triathlon/events/americas/ironman/canada/results.aspx

Full results for the 2019 Subaru IRONMAN 70.3 Canada triathlon can be found at:
www.ironman.com/triathlon/events/americas/ironman-70.3/canada/results.aspx

Ironman Performance - What to do when Training Plateaus