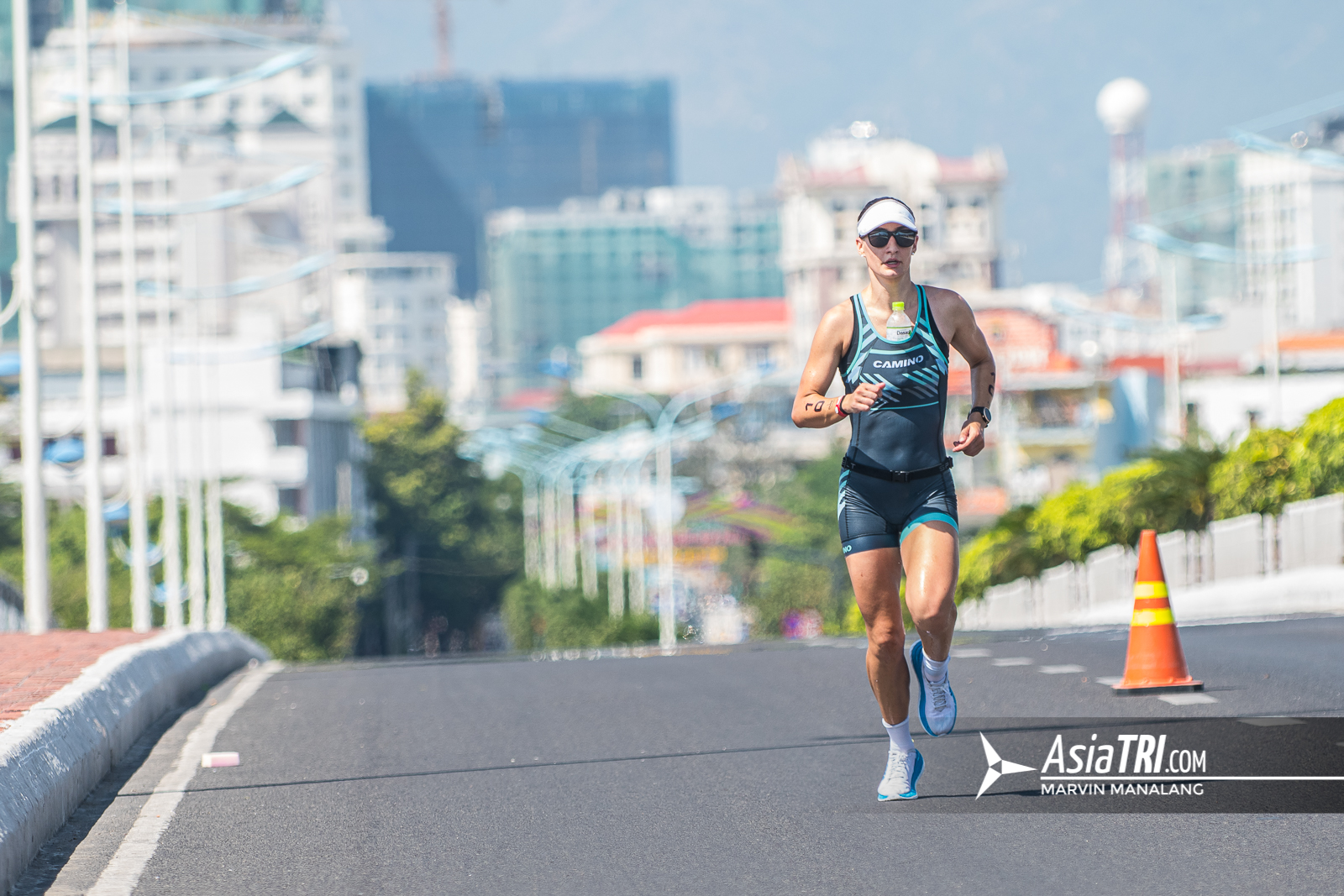 In a spectacular coastal race course and amidst high temperatures, Steven McKenna (AUS) and Laura Dennis (AUS) won the second edition of the CHALLENGEVIETNAM, both on dominating fashions.

In a near wire-to-wire victory, McKenna sprinted out from T1, taking the lead in transition from Taiwan’s Chang Tuan Chun, stamped the best bike split in the race to win in 4:05:03.  McKenna won his second Challenge race in two weeks after winning Challenge Korea last June 30.

In the women‘s race, Dennis dominated the event right from the swim and kept her lead on the bike course ahead of fellow Aussie Lisa Tyack, who later came second. Dennis had the women’s best swim-bike-run splits to win in 4:31:34.

The 2019 CHALLENGEVIETNAM began at 06:05 am with a spectacular beach start for both professionals and age groupers alike in the ocean waters of South China Sea. The professional men were first to enter from the beach of Nha Trang in a 2-loop triangular swim course.   Taiwan’s Chang was the first Pro out of the water in 26:44, but was closely followed by McKenna.   McKenna was first out of T1, and immediately pulled away from Chang.  It was in the hills of Nha Trang that McKenna was able to pad his lead.  His 2:11:41 bike split was nearly six minutes better than anyone else on the field.   Chang posted the 2nd best split of 2:17:32, followed by Australia’s Samuel Tebeck at 2:17:42.

McKenna did not let up in the run despite a six minute lead going out of T2.   In the one loop 21km out and back course along the scenic beach views, he again posted the day’s best run split at 1:24:34.  Despite the scorching temperatures on the run typical of Southeast Asian weather, McKenna finished strong in 4:05:03.

“I think I had the best race of my professional career.   I had a good swim, and when I went out first out of T1, I felt I had good legs, had lots of power, and was surprised I handled the heat well, just drank lots and lots of water and electrolytes.  It made it easier that the race course was so scenic here in Vietnam.  It was a really good day for me.” Said McKenna.

“I was happy with the way it turned out coz I did not train much for a half-distance race.   I am going into the army after this, so I just signed up before that and was surprised with the runner-up result.” Said Chang.

Despite a small field in the professional women’s race, Laura Dennis did not hesitate to push the pace, and brilliantly executed a dominating performance.  She reached the swim exit after 29:04, and was able to increase her lead on the bike course with a split of 2:30:18, a split which is eight minutes faster than Tyack’s.  A run split of 1:30:16 took her home in 4:31:34, a margin of 23 minutes and 5 seconds over runner-up Lisa Tyack.

Emily Donker made it an All-Aussie podium after finishing third at 5:28:33.