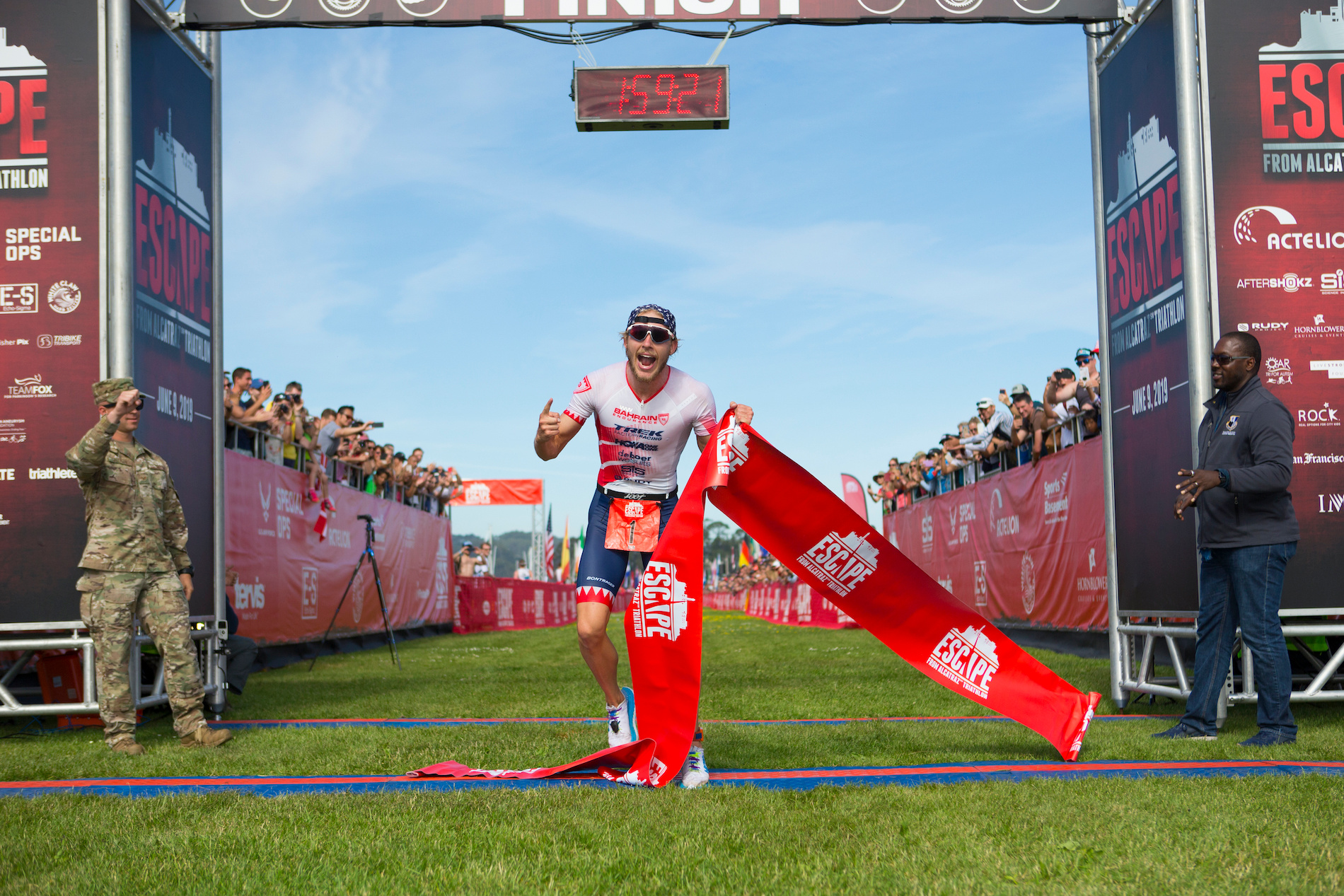 On Sunday, June 9, nearly 2,000 amateur and professional athletes took the plunge into 59.5-degree water to compete in the 39th Annual Escape from Alcatraz™ Triathlon. Olympians Ben Kanute (USA) and Ashleigh Gentle (AUS) took first place honors in the men and women’s pro division. Featuring a 1.5-mile swim from Alcatraz Island to the shore, an 18-mile bike ride and an eight-mile run through San Francisco, this race is considered one of the most challenging triathlons in the world.

“We could see from the boat how strong the current was today, which added to the already challenging swim,” said 2019 Escape from Alcatraz Triathlon Winner Ben Kanute. “Everyone had their own plan about how they were going to tackle the swim. The weather was perfect today. I love this race, there is a lot of history here and every year it gets a strong field of professionals.”

Kanute was second out of the water behind Australia’s Josh Amberger. He caught Amberger on the bike and had to hold off fellow Rio Olympian Joe Maloy to secure his win. Gentle was fifth out of the water and worked hard on the bike to get back in the race and then maintain the lead in front of Goss to finish strong.

“Since I was fifth out of the water, I knew I had to be patient, ride strong and pace myself to get back into the race,” said 2019 Escape from Alcatraz Triathlon Winner Ashleigh Gentle. “The Sand Ladder and the beach run were so tough. I am so excited to have been able to win here a second time. I really enjoyed the crowds cheering along the course and at the finish line.”

University of California Berkeley took first place in the United States Air Force Special Operations Collegiate Escape with a finishing time of 1:54:27. The Salesforce Team Heroku took first place in the Actelion Corporate Escape. Racers representing 58 countries, up to 77-years-old and a number of physically challenged athletes from Challenged Athletes Foundation participated in the triathlon.

Currie, Adam makes it a Kiwi Double at 2019 Ironman Cairns