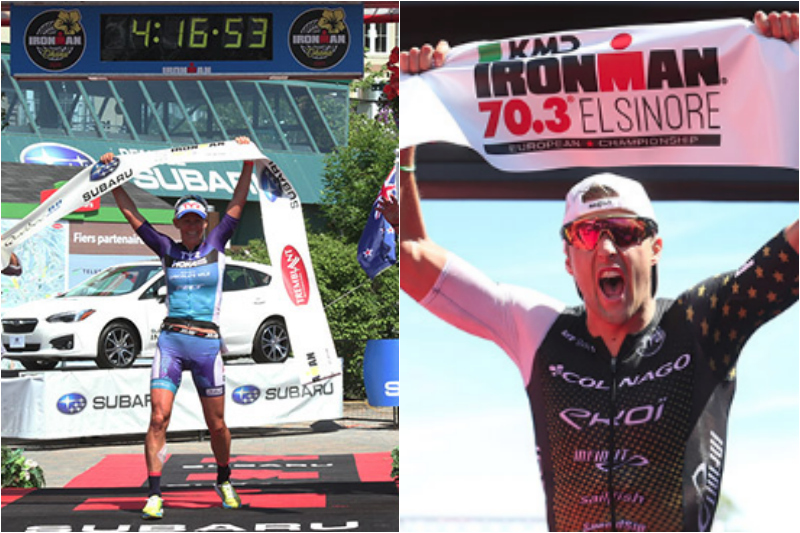 Rodolphe von Berg made a brave move on the second half of the bike at the KMD IRONMAN 70.3 European Championship Elsinore. He knew about the running strength of Spaniard Javier Gomez and put down the hammer early to open up a decisive gap. The American came off the bike with a lead of 3:30 minutes over Gomez who laid down a 1:07:45 half marathon to take victory in 3:39:35 with a lead of 12 seconds.

Holly Lawrence (GBR) pushed the pace all day long in the women’s competition. She set the race on fire in the water and kept this fire burning on the bike. She finished the bike leg with a gap of almost four minutes and maintained her pace at the front of the race until she ran down the red carpet in 4:06:24.

Jackson Laundry (CAN) took on a solid field in Quebec and came out the victor at home. Forcing his way into the lead in the first 30 km’s of the bike the 25 year old entered T2 with a 11 second lead on Andrew Yoder (USA) then backing it up with a strong run, Laundry took his second IRONMAN 70.3 win of his career.

Three-time IRONMAN world champion, Mirinda Carfrae (AUS) was untouchable in “Les Belle Province” on Sunday.  Carfrae dismounted her bike enjoying a four minute advantage and piled on to her lead throughout the run to take her second win on Canadian soil (IRONMAN 70.3 Vitoria) in the month of June by a winning margin nearing seven minutes.

How To Wash Your Cycling Kit