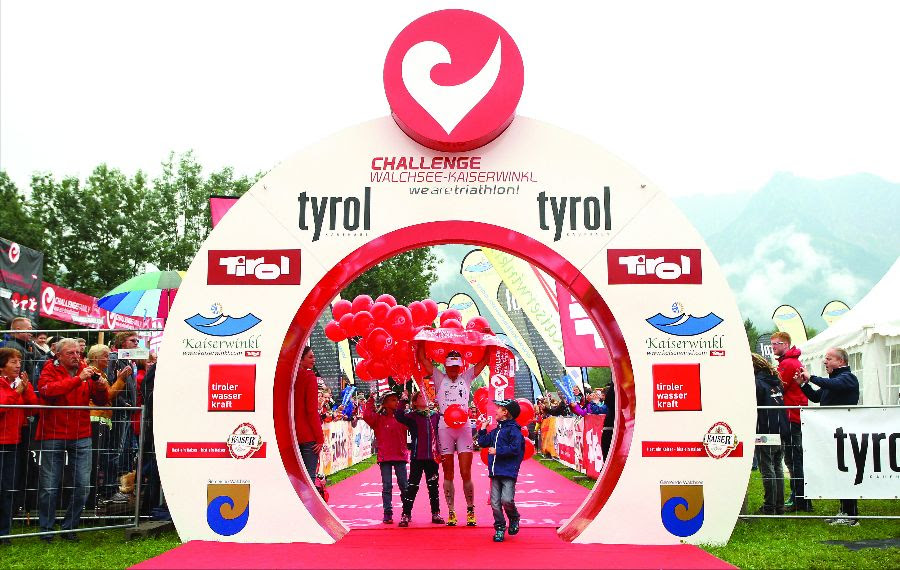 Complimentary to the 10th anniversary of CHALLENGEKAISERWINKL-WALCHSEE, the field of professional athletes will be packed with many international triathlon stars. Famous former winners including Giulio Molinari and Yvonne van Vlerken, will face very strong competition, in particular from Nils Frommhold, last years runner-up Frederic Funk, British top athlete Emma Pallant and Austrian top starters Eva Wutti and Thomas Steger. The stage is set for an exciting race day on June 30 in one of the most picturesque triathlons of the CHALLENGEFAMILY series.

The 10th edition of the CHALLENGEKAISERWINKL-WALCHSEE promises to be extremely exciting. “When we look back to the very emotional first event in 2010, the ETU European Championships in 2016 and the event 2018 – every edition left special memories for all of us!”,says Race Director Andreas Klingler. “Every race was characterized by passion and dramatic scenes, unbelievable sporting performances and the unique family-friendly flair of the Kaiserwinkl region”. The 10th anniversary race won´t be an exception with many international top athletes fighting for the win. In the men’s race there will be a an extremely strong sextet, consisting of three-time winner Giulio Molinari, the two Germans Nils Frommhold and last years runner-up Frederic Funk, the Australian Matt Burton, Mike Phillips from New Zealand and local hero Thomas Steger. After finishing third in his first ever middle distance race at CHALLENGEKAISERWINKL-WALCHSEE in 2012 in third and winning the legendary CHALLENGEROTH in 2015, Frommhold is clearly one of the big favourites for the title on Sunday. “I have won major races and experienced many top events, but now it’s time for me to go back to where it all started. And this time I’m going for the win at CHALLENGEKAISERWINKL-WALCHSEE!” It’ll be interesting to see which one of the challengers has the perfect day and gets to be on top of the podium.

In the women’s race, it’s likely to be a tough battle between last year’s winner Eva Wutti, four-time-winner Yvonne van Vlerken, Emma Pallant, Radka Kahlefeldt and Julia Gajer. For Yvonne van Vlerken it’s always been a pleasure to race in Walchsee and to come back this year makes her even more excited. ”CHALLENGEKAISERWINKL-WALCHSEE has become absolutely one of my favourite races! I’m looking forward to the breathtaking mountain backdrop, swimming in the beautiful lake Walchsee, the challenging bike course and the stunning run course around the lake.” Radka Kahlefeldt proved to be in top shape just recently finishing 3rd atTHECHAMPIONSHIP in Samorin and Emma Pallant is certainly one of the favourites for the win after an impressive victory at CHALLENGEMOGAN GRAN CANARIA. “It will be my first time in Walchsee and I am expecting a tough race and can´t wait to get out there to give it my all!“, says Pallant. It looks like it will be a close race with no clear favourite in the womens field, which makes it even more exciting to come to Walchsee on Sunday June 30 to see all the race action.