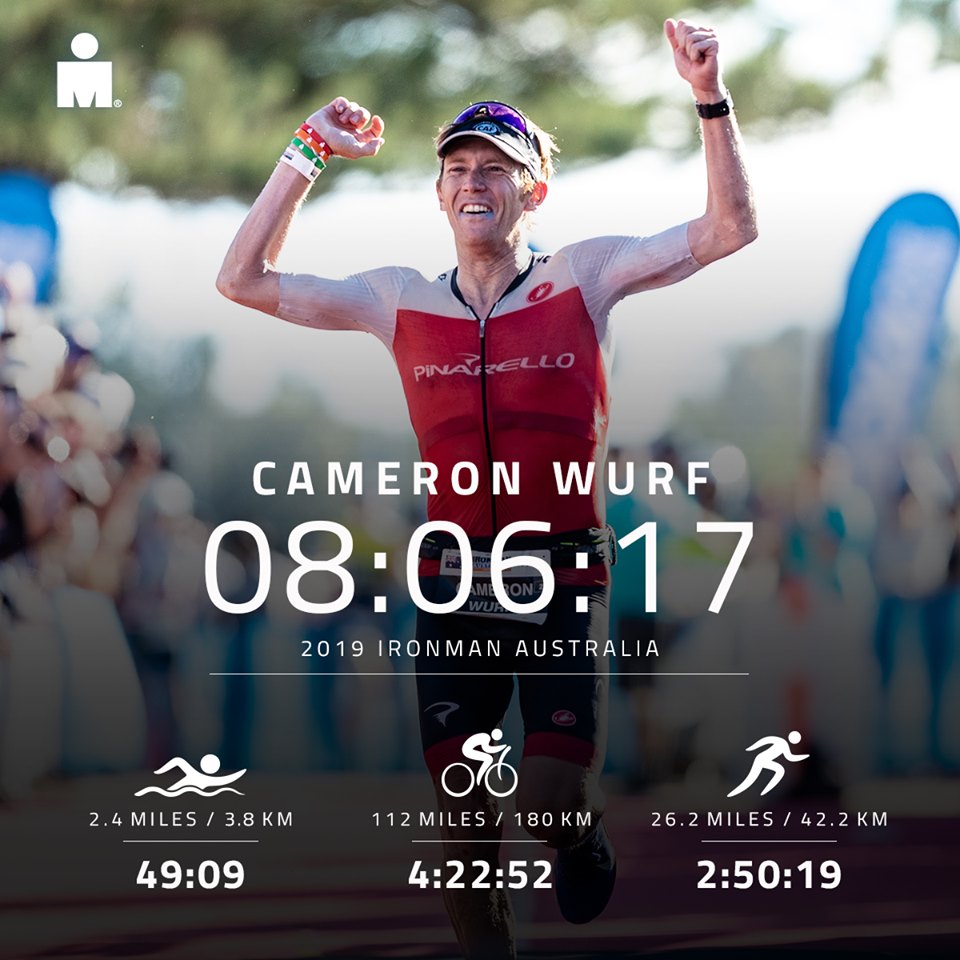 History was created for both victors at IRONMAN Australia at the central New South Wales coastal city of Port Macquarie. Cameron Wurf set new course records for the bike and overall on his way to the most important race of his career, while Great Britain’s Laura Siddall made it a hat trick of wins at Port Macquarie.

Wurf, the former Olympic rower and pro cyclist, came to the town where he learned to swim as a kid, keen to show that he had developed running legs to compliment his prowess on the bike. It almost backfired when the lack of swim training saw him drop 6:39 behind out of the water, but he had reeled in the leaders before the end of the first of two laps, and his record 4:22:53 bike gave him an 8:38 lead on to the run. By midway on the marathon, that buffer was still intact. While 2016 IRONMAN 70.3 world champion Tim Reed closed the gap late in the race, and he stopped in sight of the finish line with a stomach upset, Wurf cruised with a PB 2:50 run and smashed the course record with a 8:06:17 win. He labelled it the best race of his career, and fitting in a town he grew up in. Most of all it has given him an improving weapon to pose a serious threat in Kona.

Like Wurf, Great Britain’s Laura Siddall found herself 6:27 behind the lead out of the swim, with main rival Caroline Steffen, now a Port Macquarie resident, pushing clear on the first lap. Siddall closed the gap gradually on the second lap, and when Steffen slowed noticeably, the GBR athlete pounced to take an unexpected 53-second lead on to the run.

Steffen didn’t get her moniker of Xena for nothing. She fought back to take the lead at 8km as the pair dueled it out until Siddall edged clear at 13kms. From there, she rode into the sunset with a 3:13 run leading to a win in 9:11:59 and the honour of a third straight victory at Port Macquarie. Steffen claimed runner-up 5:30 back with Jessica American Kelsey Withrow completing the podium.

Alexander and Sheedy-Ryan blast in Busselton 70.3

Strength Training On The Bike | Over Gear Sweet Spot Workout