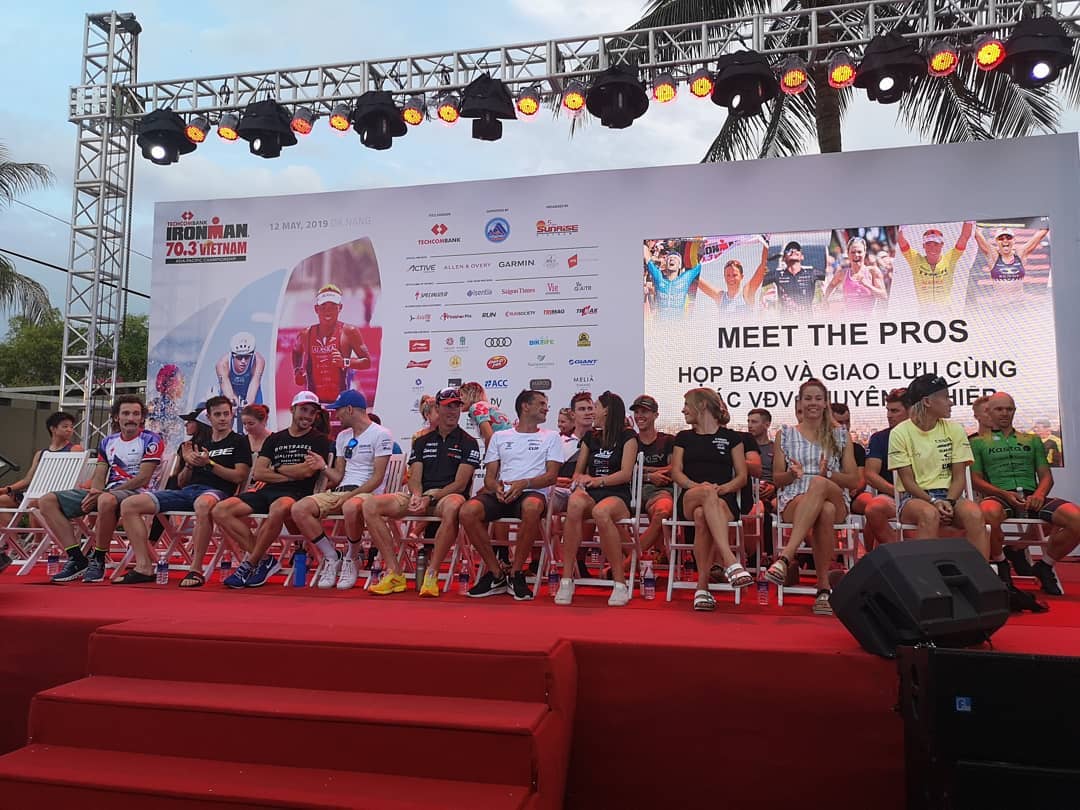 – On Sunday, 12 May 2019, nearly 2,200 registered athletes from 60 countries, regions and territories will take to the city to race in the IRONMAN® 70.3® triathlon.  It is all systems go for the fifth edition of the TECHCOMBANK IRONMAN 70.3 Vietnam, which takes place this weekend. This year, Da Nang also plays host to the IRONMAN 70.3 Asia-Pacific Championship, attracting a strong mixed local and international athletes in the Professional and Age Group races, headlined by past and present triathlon world champions from around the globe.

The strongest professional field in the history of IRONMAN® racing on the Asia circuit, the men’s category will see 6 past and present world champions and an Olympian, with a total of 18 world titles amongst them. On the women’s side, 2 world champions and an Olympian highlight the race.  Notable professionals include the decorated 2018 IRONMAN World Champion Patrick Lange, Tim Reed, Tim
Don, Mauricio Mendez, Craig Alexander,Terenzo Bozzone, Holly Lawrence and Radka Kahlefeldt and Ellie Salthouse.

“This is my first triathlon race of the year and I am extremely excited to kickstart my 2019 campaign in Da Nang,” said Patrick Lange, 2018 IRONMAN World Champion. “Almost like a World Championship, the professional field is so strong and I am very thrilled to race with them this Sunday”.

“Coming back to the IRONMAN 70.3 Asia-Pacific Championship as the defending champion has been an incredible experience for me. I have competed twice in Da Nang and always enjoy the hospitality and reception of the local team and the people here. I am excited for the weekend and hoping to defend my title”, said the reigning IRONMAN 70.3 Asia-Pacific Champion, Radka Kahlefeldt.

“Starting with only 50 Vietnamese athletes in 2015, IRONMAN 70.3 Vietnam celebrates its fifth anniversary by welcoming the largest local contingent of Vietnamese athletes in the history of the race with over 1,000 registered, a testament to the growing appetite of endurance sports in the country,” said Onslo Carrington, General Manager of Sunrise Events Vietnam. “We are honoured to host the 2019 IRONMAN 70.3 Asia-Pacific Championship in Vietnam for the very first time and would like to extend thanks to our partners, supporters, and volunteers who will contribute towards the success of this weekend.”

The pinnacle of IRONMAN 70.3 racing in Asia-Pacific

Into its third year of establishment, IRONMAN Asia has seen an exponential growth in IRONMAN and IRONMAN 70.3 participation within the region. Races on the Asian circuit are attracting not just more athletes, but higher quality athletes too, inspiring more people to take part in the sport.

“This is the pinnacle of IRONMAN 70.3 racing in Asia-Pacific. We are excited to see the quality and depth of field, providing opportunities for the region to draw inspiration from having the world’s best right in their backyard. IRONMAN Asia is looking forward to welcoming more world-class athletes, and supporting the growth of elite athletes and age groupers from around the region,” said Geoff Meyer, Managing Director of IRONMAN Asia.

How To Structure A Training Plan | Triathlon Training Explained