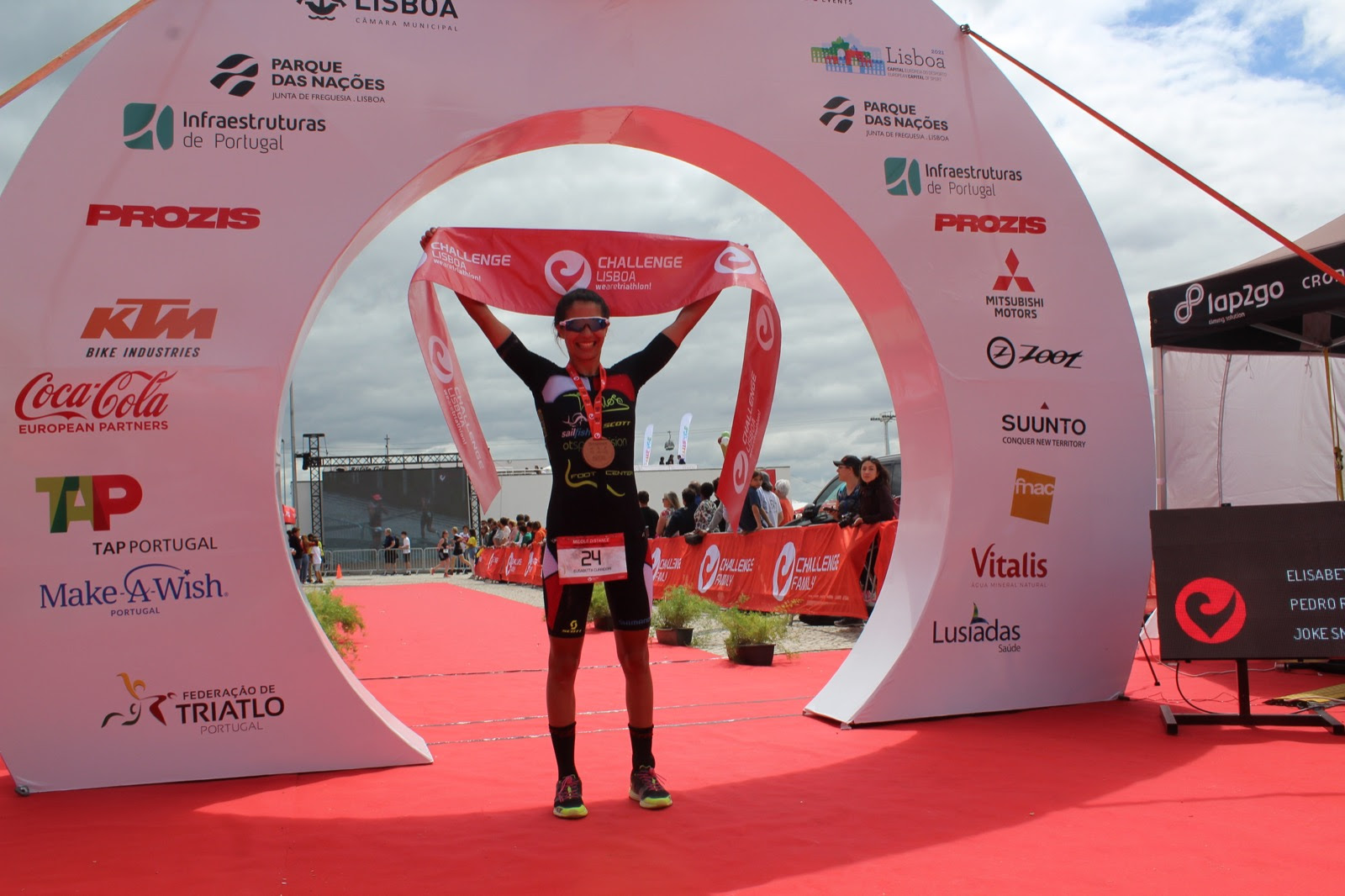 Under perfect conditions, Ruedi Wild and Elisabetta Curridori took the win at CHALLENGELISBOA today. Wild showed his strength especially in the final kilometres when he surpassed Pablo Gonzalez Dapena. Curridori made the difference on the bike and didn’t give away her comfortable lead anymore during the run. 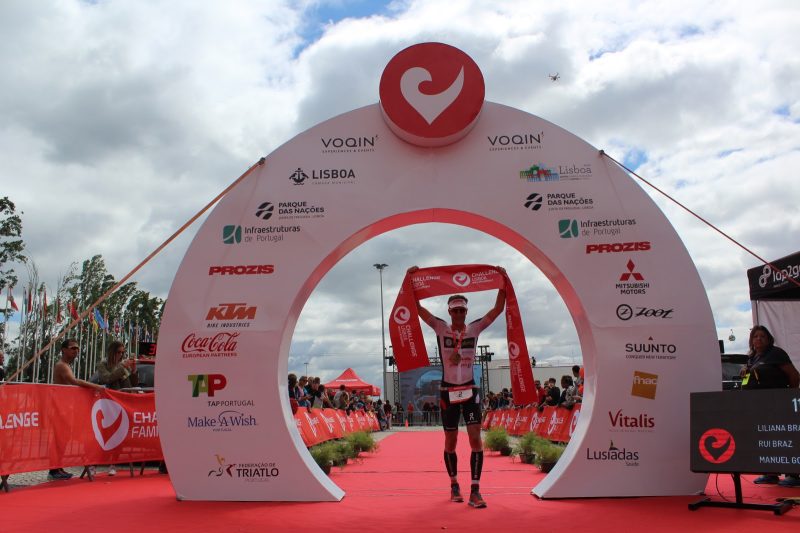 While it has been grey and windy in Lisboa for the past few days, today turned out to be a perfect racing day. Thanks to less wind and lots of sun, the water was very calm and this resulted in very fast swimming times. Pablo Gonzalez Dapena came out of the water after 21:50 minutes, chased closely by British Thomas Davis. Most of other athletes followed a couple of minutes later.

During the bike ride, Gonzalez Dapena and Davis stayed close together, while Luke Pollard and Ruedi Wild followed by only one minute behind. While running it was Gonzalez Dapena making his first move, turning the speed up and going solo for a long time. Most of the people cheering alongside the course thought Gonzalez Dapena would take the win.

But it turned out to be different. While it was Wild started third in the run, the Swiss triathlete definitely had the best running legs of the day. In the thirdoffour run laps he passed Gonzalez Dapena and eventually took the win after 3:50:10. ,,I’m so glad I found my running legs right on time.” Wild suffered an accident during a bike ride one month ago, but recovered very well. ,,This victory means a lot to me.” Gonzalez Dapena finished second in 3:51:39 while Sam Wade from UK came in third after 3:53:40.

Women’s race
At the women’s race, it was Curridori who really dominated the race. Just like the men’s race, the swimming times were amazingly fast. It was Claire Hann who came back out of the water after 24:55, just over a minute in the lead on the following contenders.

During the bike ride, CHALLENGELISBOA turned out to be a ‘one woman show’ for Curridori. She overtook Hann and managed to get a gap of over two minutes. Not only Curridori was strong on the biketough, because also Susie Cheetham and Eva Wutti were riding very powerful and moving on forwards towards the leading position.

Still, it was Curridori in a comfortable lead at the start of the closing half marathon. Just like her ‘bike legs’, also her ‘running legs’ were strong and thanks to this her lead over her chasers didn’t endanger anymore. After 4:16:00 she crossed the finish line as the new winner of CHALLENGELISBOA. Eva Wutti came in as second after 4:22:08 while Susie Cheetham finished third after 4:26:40.

An Introduction to Power Meter