More than 60 Pros vie for The Championship, Challenge Family’s Highlight of the Year 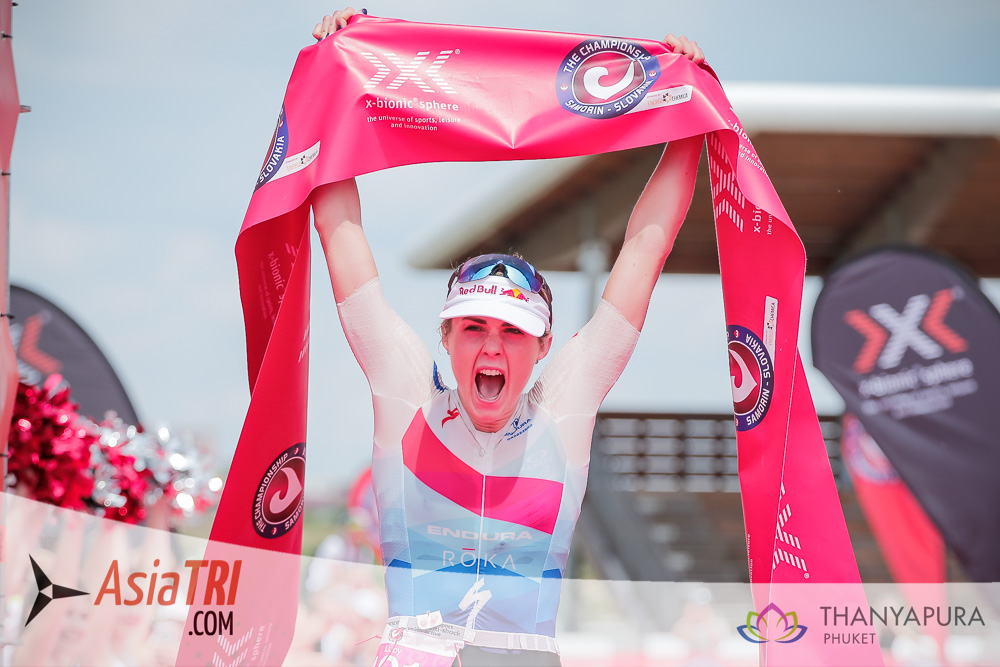 At 9.00am the pro men will dive into the water for their 1900m swim, while the women will follow ten minutes later at 9.10am. The one lap swim will be followed by a 90km fast and very flat bike course through the surroundings of Samorin. Last but not least, there will be a half marathon run around the venue of X-Bionic Sphere to conclude the race. The event will be broadcasted live on Slovakian and Czech television and via the CHALLENGEFAMILY website and Facebook, so it’ll be be very exciting to see which pro is going to be first to cross the finish line and claim the title.

There will be 33 pros at the start of the men’s race. It’s likely to be Sebastian Kienle, runner up in the last 2 years, whom people are expecting the most of. Not a really big surprise, because the German is in great shape and won CHALLENGEHEILBRONN just a week ago. ,,Only talking about this race makes me smile already. I know what it takes to win here and I’m really aiming for this, because this race is definitely a classic amongst the pros.”

But a lot of spectators are also curious about how Pieter Heemeryck is likely to perform. The pro from Belgium not only finished 4th at THECHAMPIONSHIP last year but is current leader of theCHALLENGEFAMILY World Bonus ranking and seems to be in the best form of his life.

Thorsten Radde of Trirating.com analysed the chances of the participating pros, based on earlier results and course specific stats. If this prognosis is correct, it could well be that Sebastian Kienle takes the victory home after 3:45:55. Ben Kanute and Florian Angert are forecasted to return home in second and third position:

Women’s field
There’s also an amazing field of strong pros registered for the women’s race: 29 in total. Lucy Charles will give the race some extra excitement by defending her title from last year. ,,It’s definitely one of my favourite races of the year. It’s fantastic to see how strong the women’s field is right now. It gets tougher year after year.”There are high expections from last year’s number three Radka Kahlefeldt. ,,It was such an amazing feeling to be on the podium in Samorin, probably even more so, because I didn’t really expect it. I was so surprised and very happy about myself, so of course it’s my goal to be on the podium again. This is a world-class event and has one of the strongest pro fields in the world. That’s why it’s important to me to perform the best I can.”
See also:  ITU Gallery: Images from the 2019 WTS Bermuda

The best ‘dark horses’ could be Ellie Salthouse and Amelia Watkinson. Salthouse came tenth last year, but has already won CHALLENGECANCUN this year. Watkinson, after missing most of 2018 because of an injury, is currently making a strong return including a win atCHALLENGEMELBOURNE.

As with the men’s pro field, Thorsten Radde made a pre-race analysis of the women, based on earlier results and course specific stats. According to Radde’s prognosis, it could be Lucy Charles who has the best chances of winning in a time of 4:10:10. Kahlefeldt, Salthouse and Watkinson may follow for places second to fourth:

For the official Livestream of THECHAMPIONSHIP go to: http://live.challenge-family.com/ .
The Live Coverage will start on Sunday June 2 at 8:45 am.

The Championship
Don't Miss It

Top 4 Brick Workouts | Ace Your Next Bike To Run

WIN the ultimate trip to Kona, courtesy of Zone3!