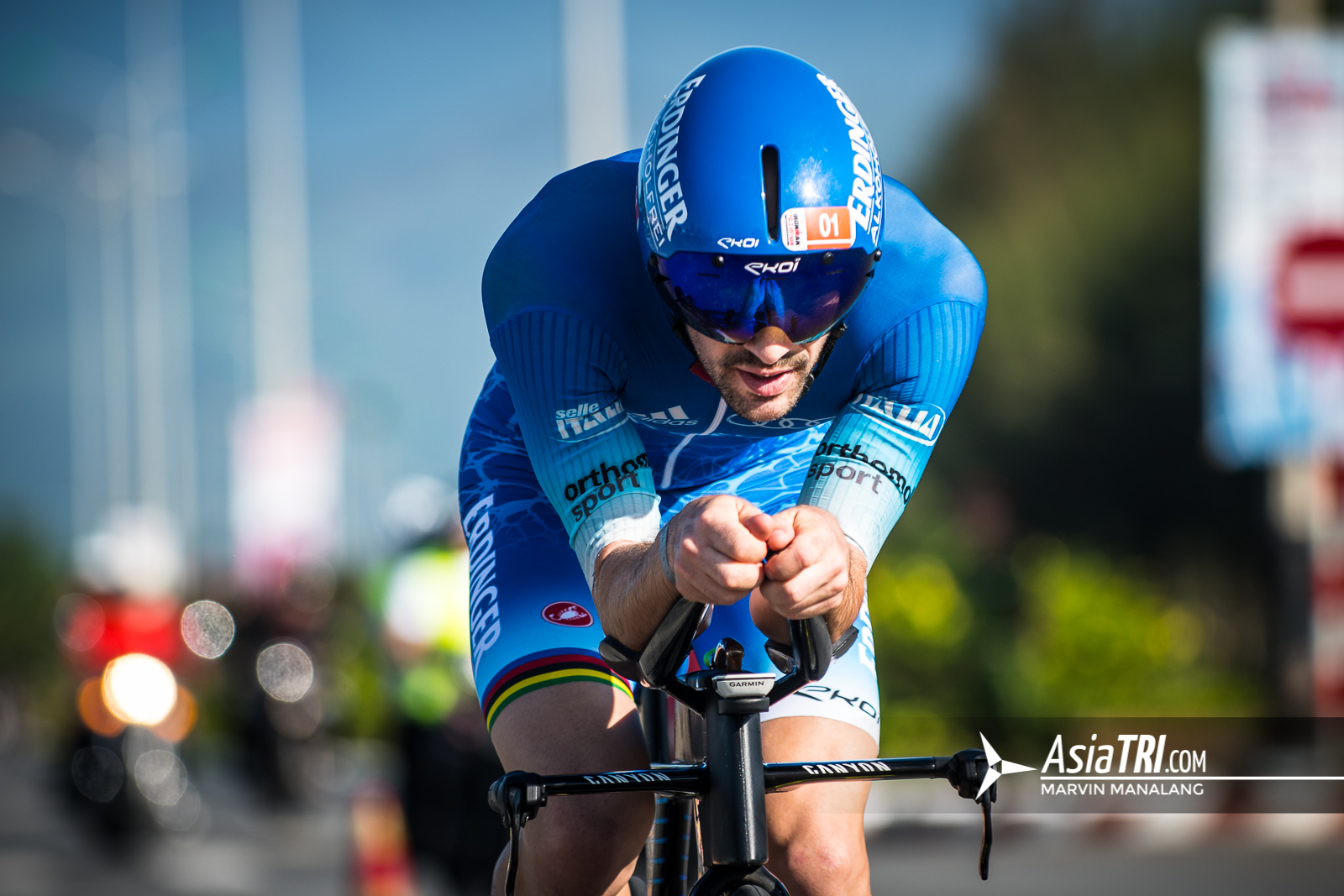 Patrick Lange of Germany and Holly Lawrence of Great Britain win the elite titles at the 2019 Ironman 70.3 AsiaPacific Championships, both breaking the course record at Ironman 70.3 Vietnam.

Reminiscent of his wins at the last 2 Ironman World Championships at Kona, Lange displayed utmost patience at the bike, then stamped a race-best 1:15:55 run split to win in 3:49:09, Lange’s first race and first win since winning Kona last year.

Contrastingly, Lawrence dominated on the get-go, first out of the swim and blasted the bike course among women with a top split of 2:12:31, which was nearly 5 minutes faster than the pace of the chase group of Sarah Crowley (AUS), Radka Kahlefeldt (CZE) and Amelia Watkinson (NZL). Lawrence finished in 4:04:51.

The finish times are the new course records at Danang, Vietnam, both splendid efforts that did not reflect the tough hot conditions the course is known for.

With less than 50 locals joining the inaugural 70.3 Vietnam, Ironman has succeeded in luring Vietnamese locals to the sport. With approximately 1000 sign-ups from the locals this year, the event has grown year to year. More than 1800 overall participated in the regional championship race, the largest since the event started in 2015.